Pentagon Apparently Exploited Trump’s Obsession With Oil to Keep Troops in Syria: ‘Like Feeding a Baby Its Medicine in Yogurt’ 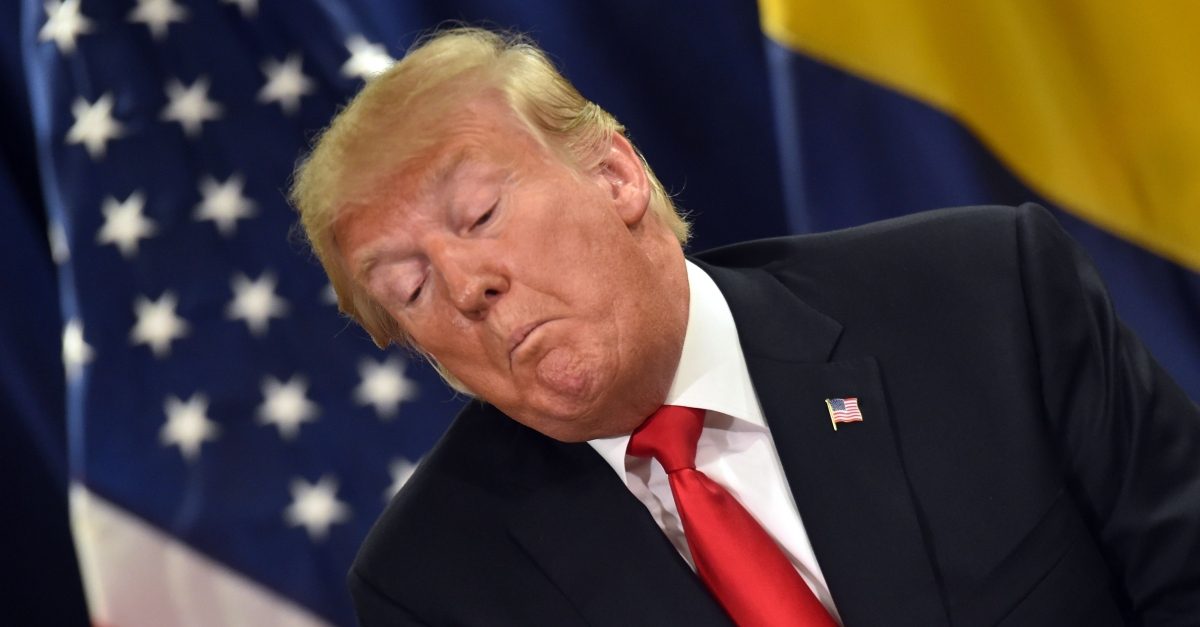 Donald Trump loves oil. Donald Trump loves oil almost as much as he hates windmills. So when the President abruptly announced the sudden withdrawal of troops from north east Syria –  a decision defense officials repeatedly warned would lead to a resurgent ISIS and compromise U.S. national security – the Pentagon saw an opportunity to use Trump’s affection for fossil fuel to its advantage.

A U.S. intelligence official with knowledge of operations in Syria told the Washington Post that the Pentagon has been telling the President that a full troop withdrawal would lead the U.S. losing control of Syrian oil fields in order to convince him that keeping counterterrorism units and airspace control operations in the region is in the nation’s best interest.

The plan has apparently been working quite well. Trump on Thursday even tweeted, “We will NEVER let a reconstituted ISIS have those fields!”

“This is like feeding a baby its medicine in yogurt or applesauce,” the official who spoke on the condition of anonymity told the Post.

Secretary of Defense Mark Esper briefed lawmakers on the strategic shift Friday, telling them that the President had decided to leave U.S. forces in eastern Syria to protect the natural resource, the Post reported.

“We will leave troops there to make sure that Iran does not, Russia doesn’t get, Assad doesn’t get those oil wells,” Republican Senator Ron Johnson said after the briefing. “To the extent anybody benefits from it, it will be our Kurdish allies. I think that’s a really good sign that we are not abandoning the Kurds.”

Several other sources with knowledge of internal U.S. deliberations also spoke to the Post, confirming the Pentagon’s strategy, including a senior NATO diplomat who said Esper was trying to “elaborate on Trump’s intuitions,” regarding the oil.

The revised plan reportedly calls for approximately 1,000 troops and a handful of tanks and Bradley Fighting Vehicles.