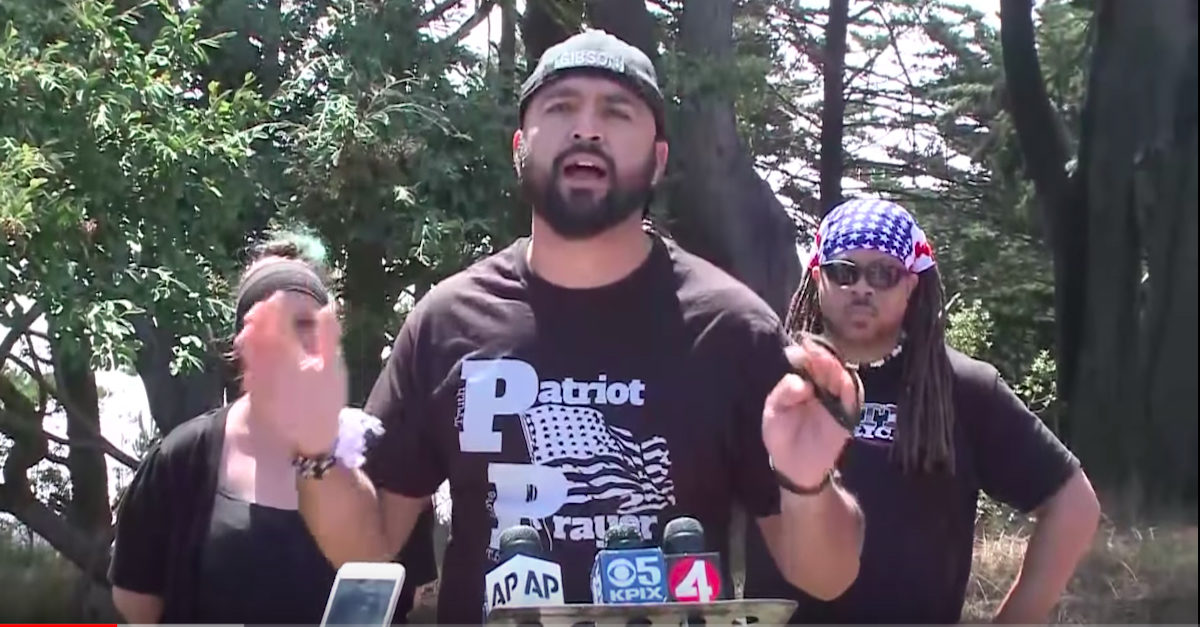 The leader of conservative group Patriot Prayer on Thursday was charged with rioting in connection to a May Day incident at Portland’s Cider Riot cidery.

Joey Gibson, 36, said he was preparing to turn himself into authorities Thursday during a radio interview with Lars Larson. During the interview, Gibson alleged that the charges against him were brought in order to keep him from participating in protests currently scheduled for Saturday.

“I think it’s a shame,” Gibson said during the radio broadcast. “This is a complete attack on the First Amendment. I literally stood on a sidewalk and got attacked.”

Gibson is the fifth person to be charged for the violent behavior stemming from a brawl between right-wing protesters and customers of the cidery that resulted in at least one person being injured. Police also arrested Matthew Cooper and Russell Schultz on felony riot charges August 15.

According to the Oregonian, Cider Riot had been hosting a May Day celebration where several participants from an earlier demonstration had gathered when approximately 20 right-wing protesters, including Gibson, arrived at the business and started a brawl with the Cider Riot patrons. Video from the day shows those involved in the melee physically fighting and several people using chemical spray.

However, Gibson’s lawyer James Buchal contended that the videos do not show his client engaging in any riotous activity or being violent, and warned against what he deemed to be the government’s encroachment upon his client’s First Amendment rights.

“If Mr. Gibson’s conduct on May 1st constitutes ‘riot,’ so does the conduct of thousands of peaceful demonstrators who have appeared on the streets of Portland standing near violent Antifa members,” Buchal said in a statement Thursday. “The District Attorney’s decision to destroy constitutional protections against free speech by charging a peaceful protester with a crime of violence makes this a dark day for the rule of law in Oregon.”

Buchal added that the charges against Gibson were “part and parcel of the dishonest campaign by Portland leaders to blame out-of-town demonstrators for violence that began and persists because Antifa wants to shut down any right-wing demonstrations in Portland.”

The Cider Riot’s owner Abram Goldman-Armstrong in May filed a lawsuit against Gibson and four others in which he alleged that the men were right-wing protesters who showed up at his place of business on May 1 and proceeded to fight with customers and cause “mayhem” at the establishment.