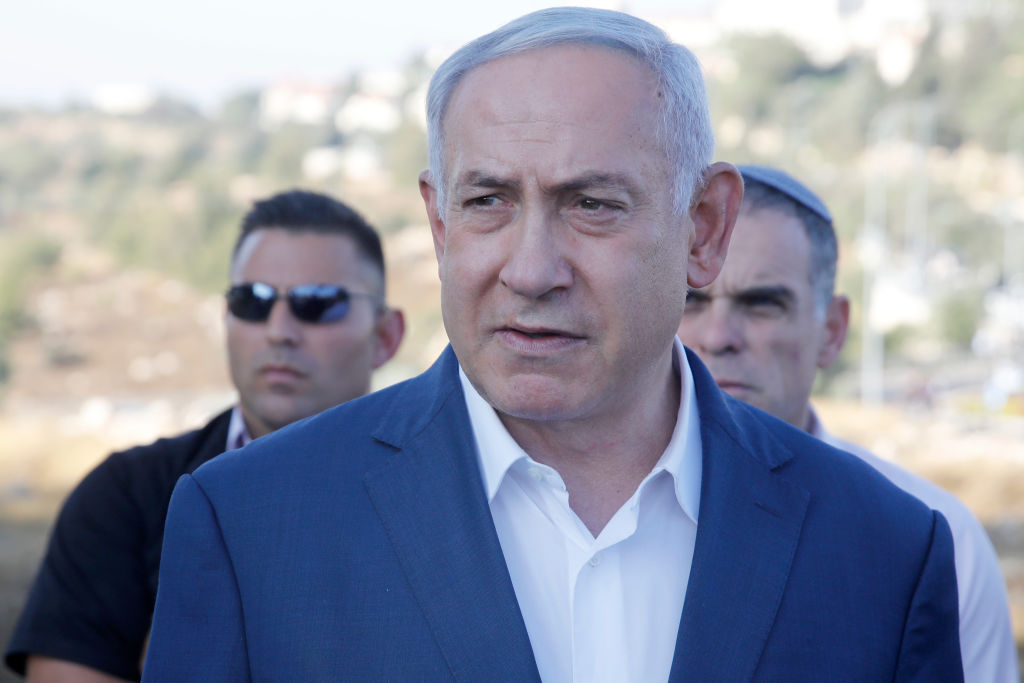 On Thursday, Israeli Prime Minister Benjamin Netanyahu banned Rep. Ilhan Omar, D-Minn., and Rep. Rashida Tlaib (D-Mich.) from entering Israel. On Monday, Israel announced Rep. Tlaib, could enter on humanitarian grounds so that she could see her 90-year-old grandmother. As if on cue, Democrats in Congress blasted Netanyahu and blamed President Trump for the Israeli leader’s decision. In reality, however, Netanyahu’s decision was based on the application of Israeli law and had very little to do with President Trump.

The Amendment Law prohibits the grant of a permit for entry to and residence in Israel to any person who is not an Israeli citizen or alternatively does not hold a license for permanent residence in Israel if he or she, or the organization or the body for which he or she operates, has knowingly published a public call to engage in a boycott against the State of Israel or has made a commitment to participate in such a boycott.  (Amendment Law, § 1, adding § 2(d) to the Law.)

In other words, the law allows the Israeli government to prohibit a person to enter Israel if the person “has knowingly published a public call to engage in a boycott against the State of Israel or has made a commitment to participate in such a boycott.”

While Democrats in Congress blamed the president for Netanyahu’s decision to change course (Netanyahu initially indicated that the two would be permitted to enter Israel), this is not the case, as explained by David M. Friedman, the U.S. ambassador to Israel. In a statement, Friedman stated:

Initially, Israel had indicated that it would accept the Tlaib/Omar Delegation, and use their visit as an opportunity to engage with and educate the delegation members with regard to Israel’s vibrant and robust democracy, its religious tolerance and its ethnic diversity. Unfortunately, the itinerary of the Tlaib/Omar Delegation leaves no room for that opportunity. In contrast to the nearly 70 freshmen members of Congress who just recently completed, or who are currently pursuing, a balanced visit to Israel that includes meetings with both Israeli and Palestinian leaders, the Tlaib/Omar Delegation has limited its exposure to tours organized by the most strident of BDS activists. This trip, pure and simple, is nothing more than an effort to fuel the BDS engine that Congresswomen Tlaib and Omar so vigorously support.

In a statement, Prime Minister Netanyahu echoed these concerns, stating:

There is no country in the world that respects the US and the US Congress more than the State of Israel. As a vibrant and free democracy, Israel is open to any critic and criticism, with one exception: Israel’s law prohibits the entry of people who call and operate to boycott Israel, as is the case with other democracies that prevent the entry of people whose perception harms the country. The same is true of the US towards an Israeli Knesset and other public figures in the world.”

“Congress[wo]men Tlaib and Omar are leading activists in promoting boycott legislation against Israel in the US Congress. Only a few days ago, we received their visitation plan, and it became clear that they were planning a campaign whose sole purpose was to strengthen the boycott and negate Israel’s legitimacy,” it went on. “For example, they defined their visit destination as ‘Palestine’ rather than ‘Israel.'”

According to Netanyahu, their visitation plan “shows that their intent is to hurt Israel.” As a result, the law in Israel allows prohibits entry into Israel.

In light of Netanyahu’s decision, Omar accused him of implementing a “Muslim ban.” In response, Netanyahu clarified that his decision was based on the fact that Tlaib and Omar’s itinerary “revealed that they planned a visit whose sole objective is to strengthen the boycott against us and deny Israel’s legitimacy.” As Netanyahu noted, Israel welcomes critics with the exception of those who support boycotts of the Jewish State. Therefore, this was not a “Muslim ban.” As a matter of fact, it had nothing to do with religion, ethnicity, etc. Rather, it was a ban based on a specific set of facts and the application of Israeli law to those facts.

Mr. Hakim is a political writer and commentator and an attorney.  His articles have been published in The Washington Examiner, The Daily Caller, The Federalist, The Algemeiner, The Western Journal, American Thinker and other online publications.