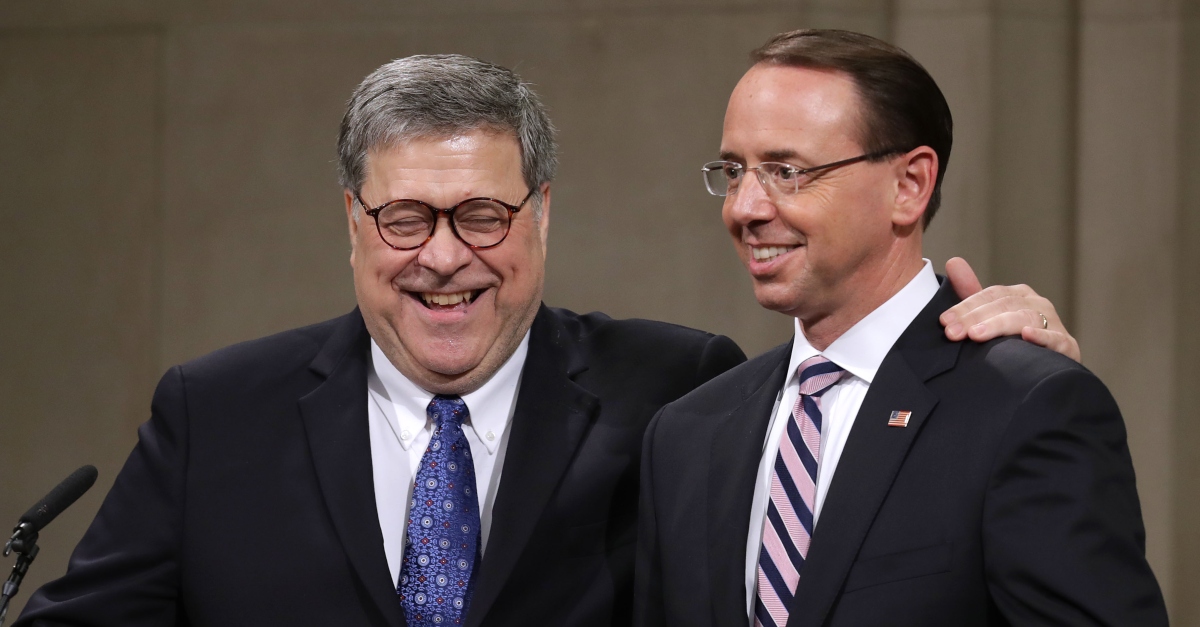 “A few years from now, after all of this is resolved, some of Barr’s critics might conclude that his approach was a reasonable way to navigate through a difficult situation,” he said in a New York Times profile about the AG.

The new report takes a look at the kind of person Barr is. Is he a principled supporter of a strong presidency under Article II of the Constitution? Or he is just covering up wrongdoing by President Donald Trump? Critics took him to task when he released a summary of the then-unreleased Mueller Report, and understated the alleged wrongdoing by his boss. He said that he and Rosenstein, who later left the Department of Justice in May, determined that evidence was insufficient to support an obstruction case against POTUS.

“Our determination was made without regard to, and is not based on, the constitutional considerations that surround the indictment and criminal prosecution of a sitting president,” he wrote.

Rosenstein defended the decision in the Times interview. He argued that Barr’s critics were unfair, and that he agreed with the AG that the evidence against Donald Trump wasn’t enough to justify a criminal case.

A number of former federal prosecutors have disagreed with the decision. They argued in a joint letter last month that Trump would’ve been prosecuted if he weren’t president.

“Of course, there are potential defenses or arguments that could be raised in response to an indictment of the nature we describe here,” they said their letter. “In our system, every accused person is presumed innocent and it is always the government’s burden to prove its case beyond a reasonable doubt. But, to look at these facts and say that a prosecutor could not probably sustain a conviction for obstruction of justice — the standard set out in Principles of Federal Prosecution — runs counter to logic and our experience.”