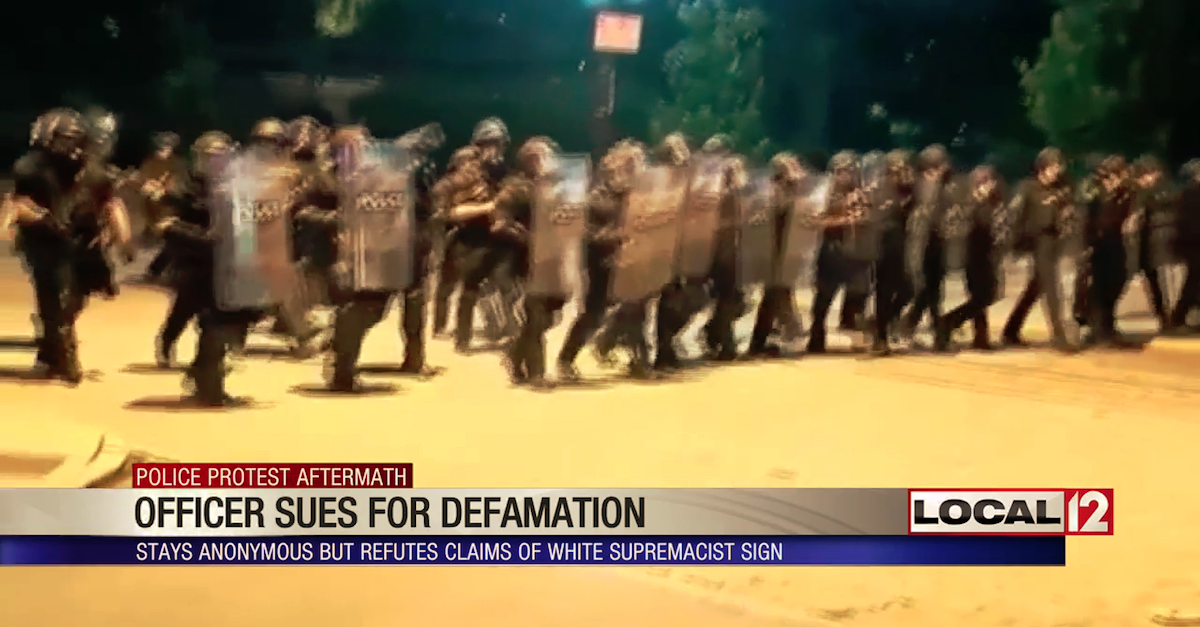 A Cincinnati police officer has filed a lawsuit accusing several citizens of defamation.  That’s according to a report from WKRC-TV.

The defendants publicly accused the officer of being prejudiced after he was allegedly depicted in photographs and video flashing the “OK” sign at a June city council meeting. The meeting had been called to address issues surrounding the Black Lives Matter movement and demonstrations.

The gesture has been associated with the “white power” movement since approximately 2017. A 4chan hoax about the symbol representing the letters “W” and “P” led several prominent white supremacist groups to actually adopt the gesture.

While the court proceedings themselves are open to the public, Hamilton County Common Pleas Judge Megan Shanahan ordered the officer’s records to be sealed and his name to be replaced with a pseudonym after the officer’s attorneys argued that it could lead to the plaintiff being “doxed” — placing both the officer and his family in danger.

According to the WKRC report, local attorneys have expressed growing concerns about Judge Shanahan’s decision to allow the officer to proceed with the lawsuit anonymously, particularly given his status as a public employee.

Law&Crime is not releasing the officer’s name or his employment history; neither is the local press.

Defendant Julie Niesen, who initially spotted the picture and video of the officer making the gesture and posted about it on social media, told WKRC that the lawsuit against her was nothing more than “bullying and intimidation.” 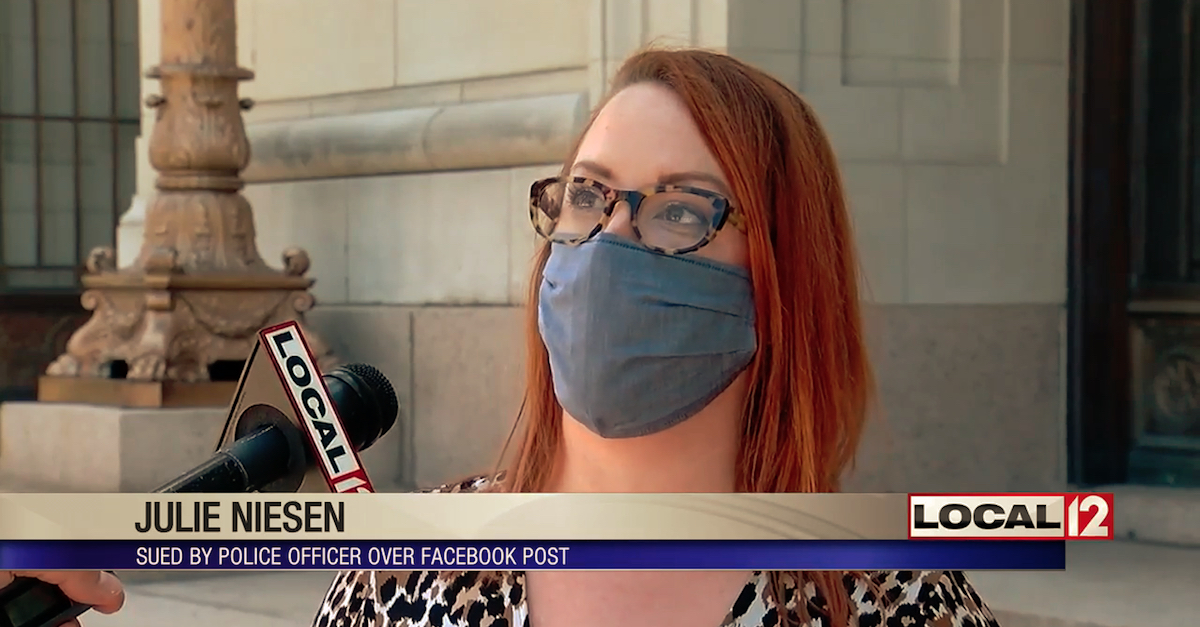 “I wrote it because I believe that there is a problem with police and these problems need to be exposed,” Niesen said.

“No one wants to put an officer in jeopardy. They have a dangerous job,” Niesen’s attorney, Erik Laursen, said. “But we also have to remember that in America, we have this First Amendment – we have the right to speak out. And if it’s not obvious that a lot of people are concerned about police practices here in Cincinnati and nationwide, then I think we’re missing something.”

Attorneys Zachary Gottesmann and Robert Thumann, who represent the officer, released a statement saying they planned to prove that the “unjustified smears” against their client are not entitled to First Amendment protection.

“This country is on a dangerous path,” those attorneys said.  “The ANTIFA/defund/occupy/BLM terrorists are attacking our police . . . the defendants in this case thought they could threaten and attack this police officer without consequences.  They were wrong.”

[image via screengrab from WKRC-TV]