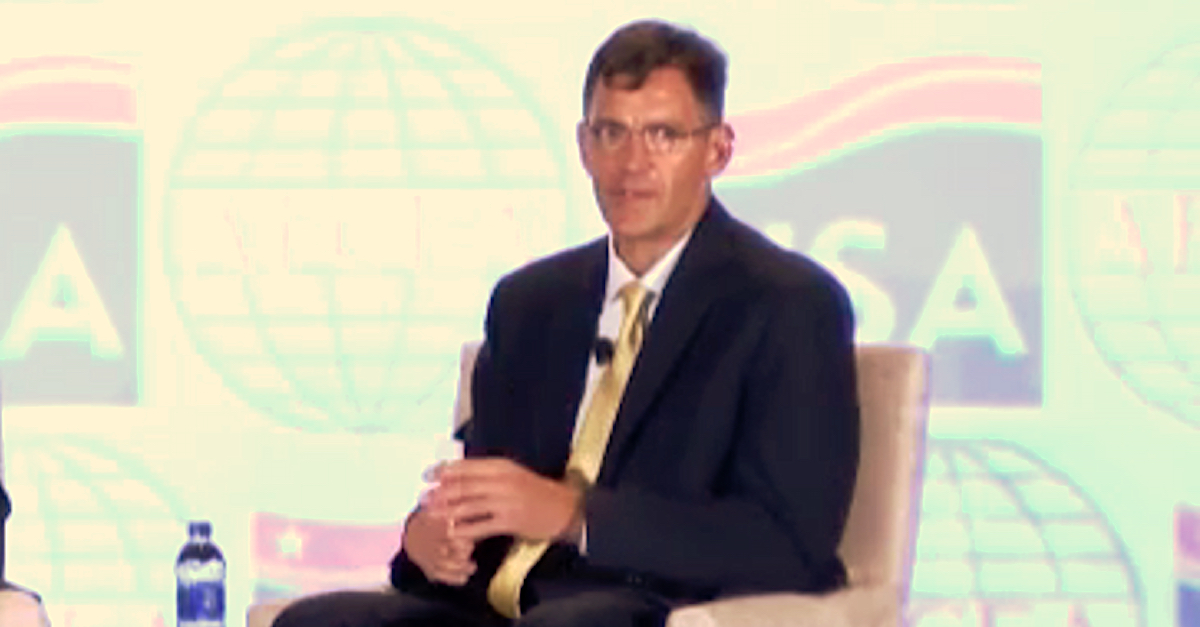 A top official at the Department of Homeland Security (DHS) who directed his office to compile “intelligence reports” on journalists and protesters in Portland was “removed from his job” amid speculation that he had misused departmental authority, the Washington Post reported Saturday morning.

Three people familiar with the matter told the outlet that Brian Murphy, the Acting Under Secretary for the Office of Intelligence and Analysis (I&A), was reassigned to a different position after the Post earlier this week revealed that Murphy had DHS create Open Source Intelligence Reports concerning a pair of journalists who obtained and published leaked documents from within the department.

One of the journalists, Mike Baker of the New York Times, co-wrote a July 28 article centering on an internal agency memo that showed federal agents sent to quell protests in Portland were unable to properly assess what motivated the demonstrations. Authorities had been attempting to link the events to “anarchist extremists” operating in the Pacific Northwest.

Internal memo from DHS I&A complaining about leaks to @lawfareblog and @shaneharris (neither by name) and insisting intel activity in Portland is all legal and appropriate. Withholding name of author for privacy reasons. pic.twitter.com/8s1d6QNM3e

Current DHS officials who spoke anonymously to the Post suspected that Murphy was “misapplying” I&A’s authority.

“For example, the intelligence reports about the journalists’ work appeared to justify collecting the information under a standing requirement for intelligence about cybersecurity threats,” the report stated. “It was unclear how tweets by journalists constituted a threat to cybersecurity, which the department usually interprets as hackers trying to disable critical infrastructure or break into classified computers.”

Murphy also attempted to change the term used to describe unlawful actors associated with the demonstrations from “violent opportunists” to “violent antifa anarchists inspired,” per an internal memo obtained by the Post.

According to the report, several Democratic senators also contacted Murphy – who had previously told their committee that DHS “did not collect, analyze or exploit information on the electronic devices or accounts of protesters” – to asked him to reconfirm the veracity of his earlier statement.