‘Not Sure Why We’re Fighting with Republicans’: Donald Trump Jr. Gets Subpoena from Senate Committee 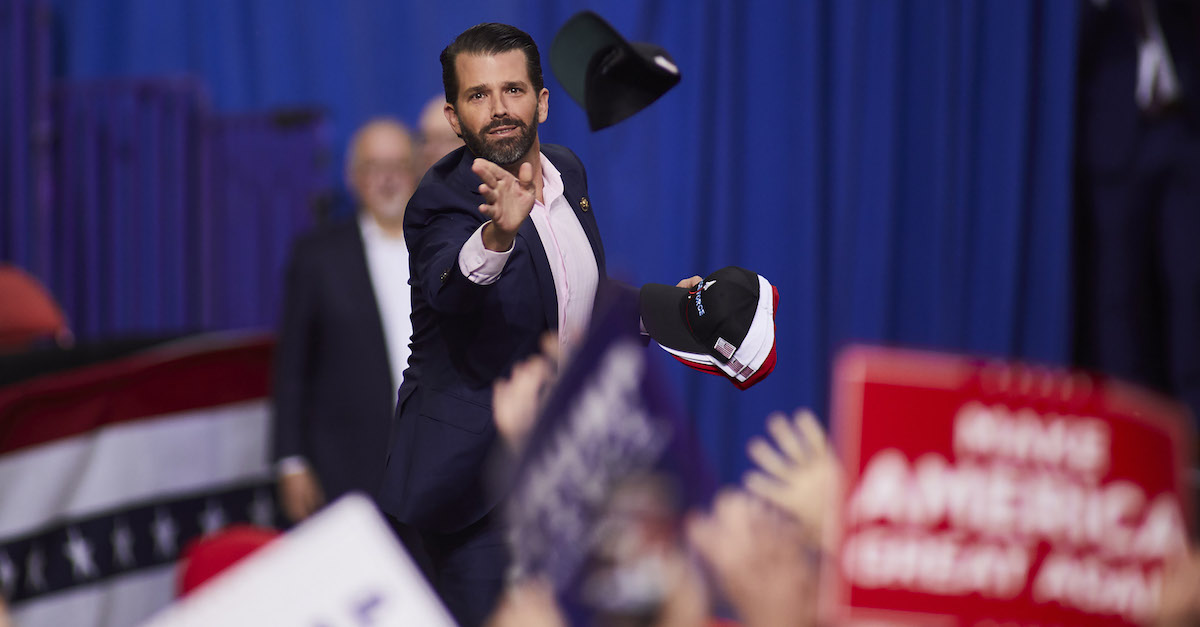 The subpoenas are out in force.

Although House Democrats have been the busiest lately in the subpoena department, the Republican-led Senate Intelligence Committee has issued a subpoena to Donald Trump Jr., reports say.

It is a significant development. Rather than a subpoena of a current or former employee (William Barr or Don McGahn) of President Donald Trump‘s, we have a subpoena of the president’s eldest child. Axios cited sources “with direct knowledge.”  Axios proposed that, reading between the lines here, this is a “strong signal that he declined a request to appear before the committee again.”

It was noted, given that the inquiry is Russia-related, the subpoena appears to be out of step with what Senate Majority Leader Mitch McConnell (R-Ky.) has been saying of late.

“With an exhaustive investigation complete, would the country finally unify to confront the real challenges before us? Would we finally be able to move on from partisan paralysis and breathless conspiracy theorizing?” he asked. “Or would we remain consumed by unhinged partisanship and keep dividing ourselves to the point that Putin and his agents need only stand on the sidelines and watch as their job is done for them?”

Axios later reported a quote that was attributed to a source close to Trump Jr., expressing disbelief that Republicans were shaking things up.

“Don and Senate Intel agreed from the very beginning that he would appear once to testify before the committee and would remain for as long as it took to answer all of their questions. He did that. We’re not sure why we’re fighting with Republicans,” the source said.

Sen. Rand Paul (R-Ky.) pointed out the disconnect between the McConnell strategy and the Senate Intel Committee’s.

Apparently the Republican chair of the Senate Intel Committee didn’t get the memo from the Majority Leader that this case was closed… https://t.co/jvV5PIX266