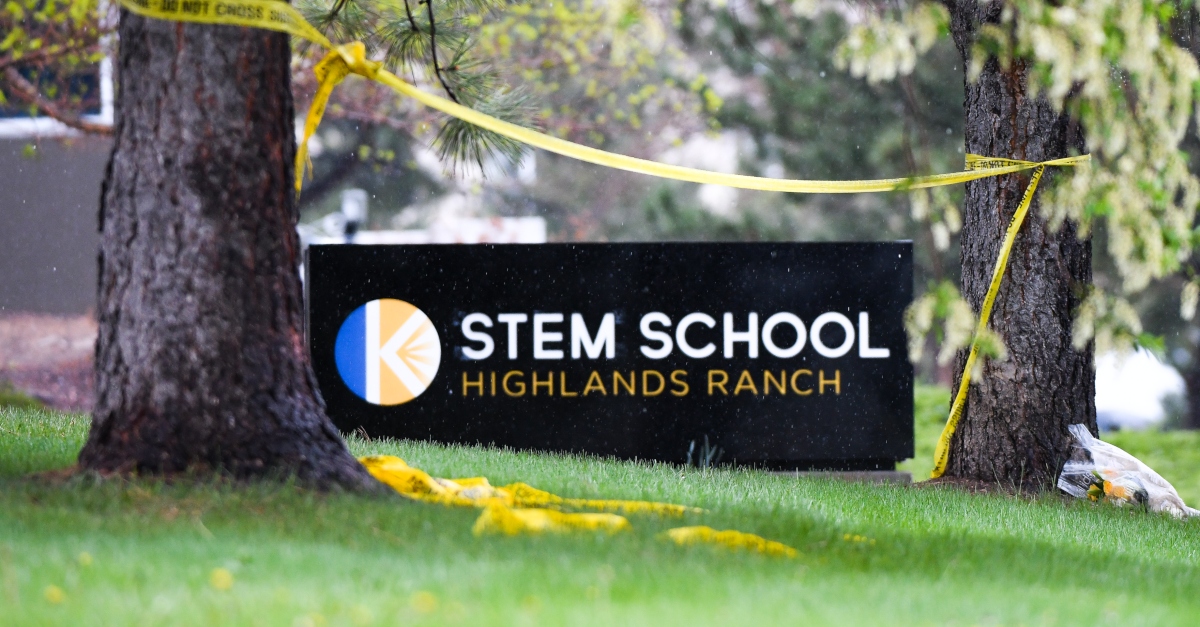 The mother of the 18-year-old man accused of committing a shooting at a Denver-area school has broken her silence, saying she doesn’t know the reason behind it.

“I don’t, no,” Stephanie Erickson, 56, told The New York Post when asked if suspect Devon Erickson, 18, was ever bullied or if she knew the motive. She was described as crying, and as requesting some distance. “I’m sorry, I just can’t talk right now. Thank you.”

Authorities said in a press conference that the defendant and a juvenile girl opened fire at STEM School Highlands Ranch, injuring eight, and killing one person.

That victim who died has been identified as 18-year-old Kendrick Ray Castillo.

Douglas County Coroner Jill Roman has identified the deceased victim of the STEM School shooting as Kendrick Ray Castillo, 03/14/2001. We ask that the media please respect the family’s privacy at this time. #STEMshooting

From a Colorado court spokesman:

People v Devon Erickson: Filing of charges is set for Friday 5/10 at 1:30 pm in Division 1. All case related documents remain sealed. Document release will be addressed on Friday #STEMshooting

Friday would have been Castillo’s last day of school.

“I want people to know about him,” his father John Castillo told the outlet. A witness told CNN Kendrick was shot while confronting a shooter.

The parents of 18-year-old Kendrick Castillo confirm that the high school senior was the student killed in Tuesday’s shooting at STEM School Highlands Ranch. A witness tells CNN that Castillo was shot while rushing a shooter and credited Castillo with saving several lives. pic.twitter.com/Xu7keSUEKL