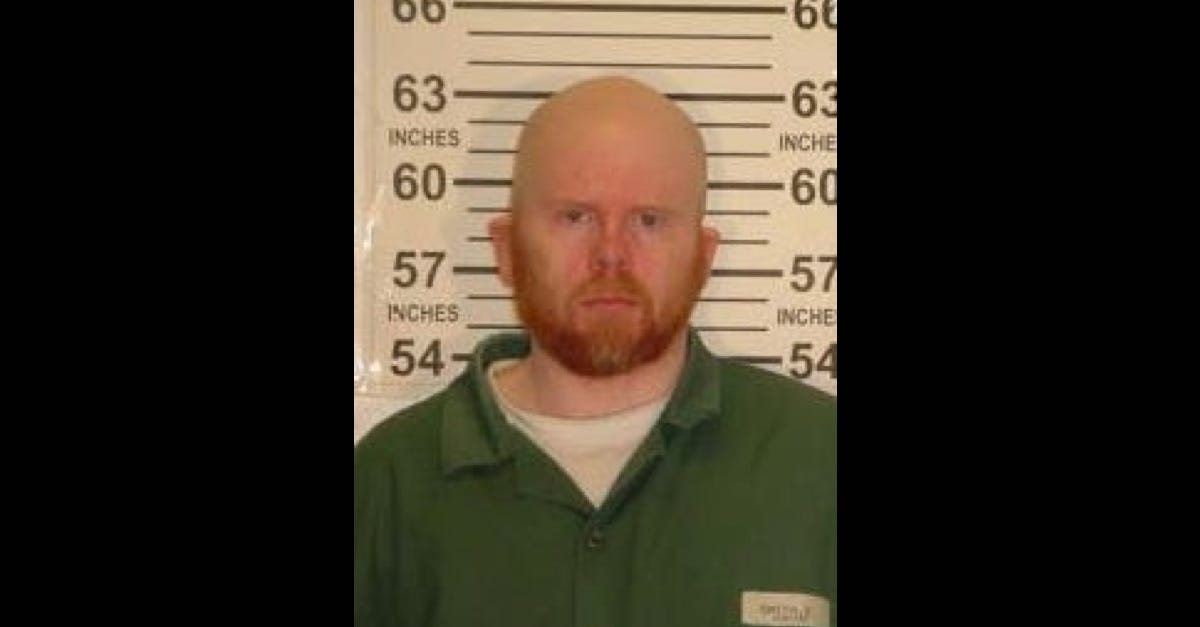 A New York man who was a teenager when he murdered and sexually assaulted a child has been granted parole.

Eric M. Smith murdered four-year-old Derrick Robie in 1993, as Robie walked through a park on his way to summer camp in Steuben County, New York. Robie was walking alone when Smith lured him into woods near the boy’s home and hit him in the head with a rock, strangled him, and sodomized him with a stick.

Smith’s parole hearing—his 11th—was on Oct. 5, according to the New York Department of Corrections and Community Supervision (NYDOCCS) website. NYDOCCS records show that Smith may be released as early as Nov. 17.

“The case got wide publicity because of the tender age of the victim and suspect, along with a widely circulated photo of the adolescent Smith in court, wearing a Bugs Bunny sweatshirt and a mop of red hair,” the Associated Press reported Monday.

At Smith’s trial, his lawyers argued that Smith suffered from “intermittent explosive disorder,” the Buffalo News reported at the time of Smith’s verdict. The disorder is “a rare condition characterized by discrete episodes in which a person cannot control violent impulses,” the Buffalo News said.

The Buffalo News also reported on testimony from a doctor who interviewed Smith and his family, and implied that Smith’s stepfather “probably hit Eric much more than he admits.” But one of Smith’s attorneys at the time acknowledged that “there wasn’t really any evidence” of abuse.

In 2014, Smith told the parole board that he was “angry he’d been abused by family and bullied by classmates so he took his frustration out” on Robie, according to a Democrat & Chronicle report.

“He didn’t deserve anything that I did to him; no one deserved that kind of violence,” Smith said of Robie, according to parole hearing transcripts cited by the Democrat & Chronicle. “What I did to him was brutal.”

“Who I was at age 13 does not exist,” Smith also said at his 2014 parole hearing. “That child that committed that crime, he’s gone. He’s never coming back.”

Smith said in 2014 that he killed Robie “because he thought he would get into trouble if the boy got up and told on him,” according to the Democrat & Chronicle. “He claimed he thought that by inserting a stick into the boy, it would reach and ‘stop his heart.'”

At the time, parole officials said that Smith appeared to be making progress in institutional programs and had a clean discipline record, but ultimately concluded that his release would be “incompatible with the welfare and safety of society,” the Democrat & Chronicle reported.

At the time of his 1994 conviction, Smith was sentenced to nine years to life in prison. He was housed in a juvenile facility until 2001, and is currently housed at a medium-security prison in Woodbourne, New York.

Derrick’s parents, Dale and Doreen Robie, have opposed Smith’s release each time it was previously considered, according to the AP. They have also advocated for parole reforms that would extend the time between hearings for violent offenders from the current two years to five, the AP reported.