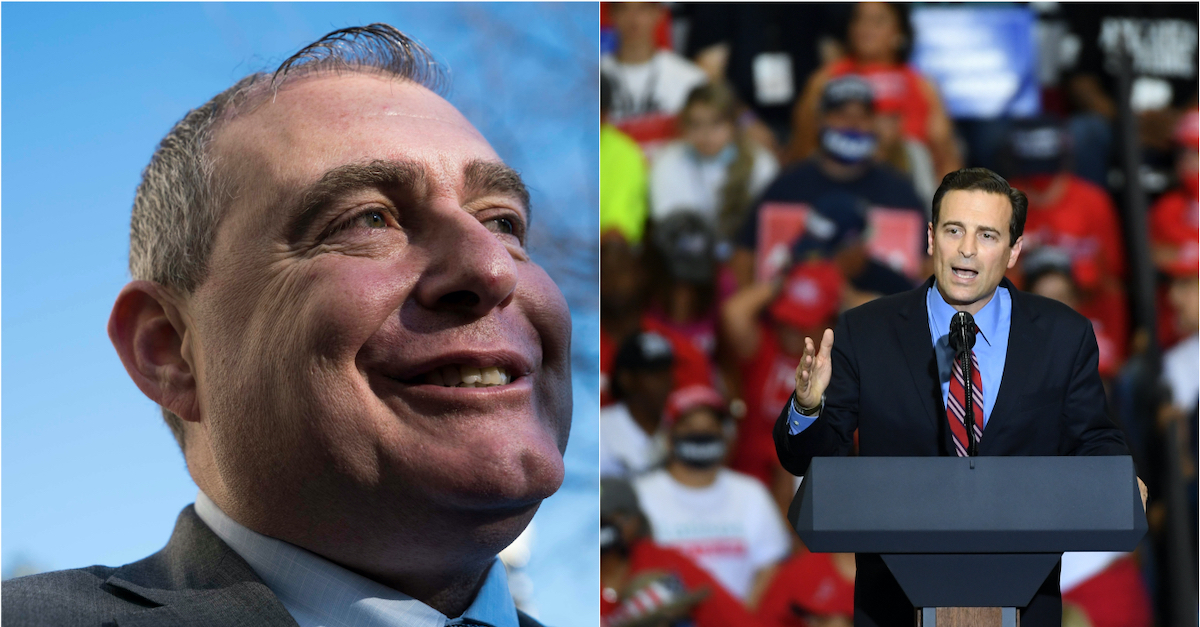 Putting a Republican Senate hopeful under the glare of an old scandal, ex-Nevada Attorney General Adam Laxalt described pressing embattled former Rudy Giuliani associate Lev Parnas for donations—despite once describing him as a “clownish guy with a gold chain.”

Parnas’s attorney Joseph Bondy elicited the testimony during a grueling cross-examination of Laxalt, which fell during the third day of his client’s trial for allegedly illegal campaign contributions.

During opening statements on Wednesday, a federal jury heard that Parnas, 49, and his accused co-conspirator Andrey Kukushkin funneled $1 million from Russian investor Andrey Muraviev—via two $500,000 wire transfers—to inject foreign money into U.S. elections. Only $100,000 of that money was contributed, prosecutors say. Assistant U.S. Attorney Aline Flodr said that the duo aimed to ingratiate themselves to politicians who could help them with their cannabis businesses.

In 2018, Laxalt was running for governor when he landed then-President Donald Trump’s endorsement. His defeat to Gov. Stephen F. Sisolak (D) did not end his political aspirations. In August, Laxalt announced his candidacy for the Senate in the November 2022 election.

Laxalt told jurors on Friday that he crossed paths with Parnas—and his accused co-conspirator Igor Fruman, who later pleaded guilty—at a fundraiser in Nevada attended by then-Vice President Mike Pence and in the Trump International Hotel in Washington, D.C. The then-Nevada AG received $10,000 in contributions from Fruman and nothing from Parnas.

Assistant U.S. Attorney Nicholas Roos had Laxalt describe his brushes with the pair of ex-Soviet emigres during cordial direct examination, before Bondy’s grilling took matters in a more contentious direction.

Laxalt has asserted that he did not get caught up in the details of any single contribution during the height of his political race, but Bondy aimed to undermine that with records of the ex-AG regularly nudging his client for money. During this time, Laxalt derisively referred to Parnas as a “clownish guy with a gold chain” and a “guy from Brooklyn with a house in Florida” whom he thought was “only there for the pictures,” Bondy said.

Around this time, Bondy told Laxalt: “You’re chasing him around every day for money, right?”

Not denying the remarks, Laxalt suggested that was just politics.

“Politics has a lot of characters,” Laxalt replied.

As for his remark that Parnas was “only there for the pictures,” Laxalt says: “There are some people in the business who are in there for that reason.”

During the height of 2019 impeachment scandal, photographs of Parnas and Fruman steadily trickled out showing one or both of them posing with GOP luminaries. Among them were Trump, Pence, Giuliani, then-House Majority Leader Kevin McCarthy, Rep. Pete Sessions (R-Texas), and others. Secretly recorded video showed Parnas trying to interest Trump and his son, Donald Trump, Jr., in having the Republican party support cannabis legalization as a midterm election strategy.

Bondy, a director for National Organization for the Reform of Marijuana Laws (NORML), noted that Laxalt was no proponent for cannabis legalization. The attorney has tried to sow doubt in the government’s claim that Parnas hoped the donations would facilitate licenses for his business, suggesting Laxalt would have been a bad choice for such an alleged strategy.

Laxalt claimed that he first met Parnas at the Trump International Hotel, but Bondy suggested an alternate origin story of their relationship, claiming the two had a mutual connection through Florida Gov. Ron DeSantis (R).

The ex-Nevada AG did concede, however, that he and DeSantis were friends who spoke “regularly” — though not about Parnas, Laxalt insisted.

Toward the end of cross-examination, Bondy grilled Laxalt about another embarrassing old headline: the ex-AG’s juvenile rap sheet and the Nevada’s questions to him about not disclosing it. Though Bondy characterized it as an assault conviction, Laxalt played it down as an incident involving drinking.

If he failed to disclose it to the bar, Laxalt claimed, that was an “accident.”

Laxalt replied in the affirmative, ending his time on the hot seat and paving the way for the following witness: Deanna Van Rensburg, a former personal assistant for Parnas.