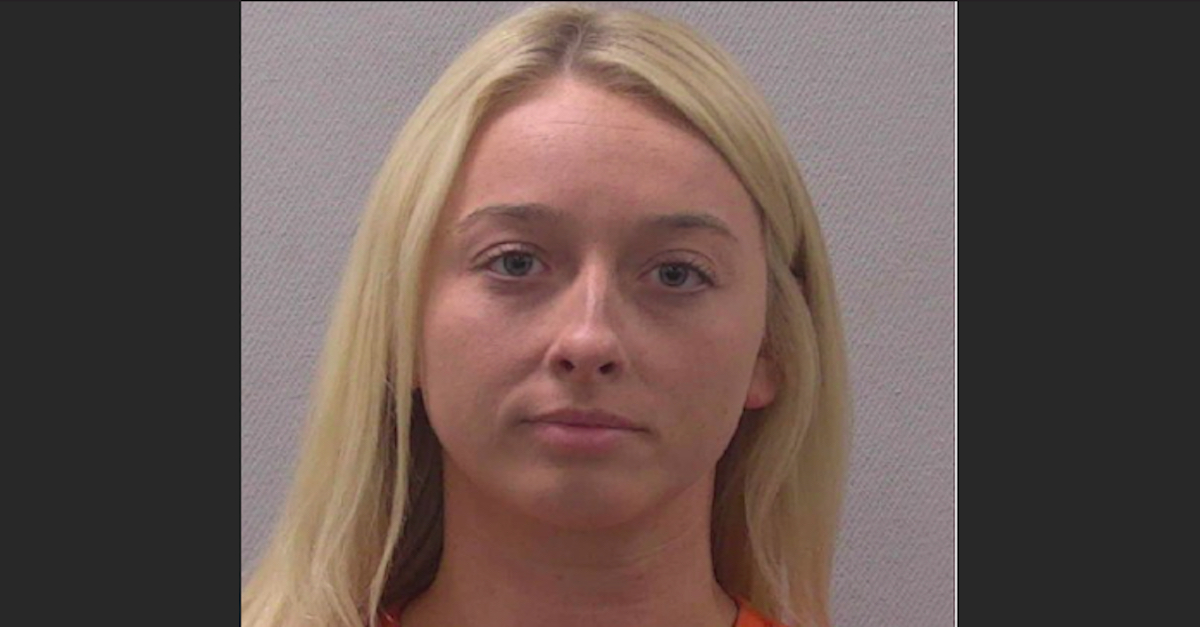 An elementary school teacher in South Carolina was arrested after authorities say she had marijuana-infused “Stoney Patch Kids” in a box full of candy used to reward students in her class.

Victoria Farish Weiss, 27, who taught at Rocky Creek Elementary School, turned herself in to deputies at the Lexington County Sheriff’s Office Friday morning after being charged with one count of possession of a schedule I drug, the sheriff’s office said in a press release.

Weiss reportedly brought a large bag of mixed candy to her classroom that she had reportedly purchased from the Dollar General store to give to her students as prizes for an assortment of activities. On Sept. 23, she allowed two children to take a prize from the box of candy. According to the sheriff’s office, one student grabbed a “Dum Dum” lollipop while the other took a package of candy called “Stoney Patch Kids.” Stoney Patch Kids are a THC-infused gummy candy that look remarkably similar to “Sour Patch Kids” in packaging and appearance.

“Marijuana edibles are cannabis-based food products. They come in many forms, but the items in this case were candy,” Lexington County Sheriff Jay Koon said in a statement. “They’re often packaged in wrappers and bags with logos and colors that look similar to traditional candy brands. While they are available in other states and online, they’re illegal in South Carolina.”

The sheriff’s office said that Weiss noticed the student had grabbed the marijuana edibles and took them from the child, telling him to grab a different candy. However, there had apparently been more than one package of Stoney Patch Kids in Weiss’ prize box, as the child was still able to leave the classroom with the illegal candy.

“We became involved in this case Sept. 23 after we received word a Rocky Creek Elementary School student picked a pack of marijuana edibles out of a box full of candy Weiss used to reward students,” Koon said. “Detectives confirmed during interviews that Weiss took the pack of edibles from the student and told him to pick something else from the box. The student went back to the box and happened to grab another pack of edibles.”

After classes ended, the student brought the candy with him to an after-school daycare program and asked one of the teachers if they could help him open the package, according to a report from Columbia NBC affiliate WIS-TV. The teacher reportedly realized that the package was not actually Sour Patch Kids, found out where the student had come into possession of the candy, and contacted the school.

According to WIS, the assistant principal at Rocky Creek Elementary then went to Weiss’ classroom and searched the candy prize box where he discovered at least one additional package of the THC-infused sweets. Police reportedly described Weiss as “hysterical” during her interaction with the assistant principal.

Deputies executed a search warrant at Weiss’ home the following day where investigators reported finding “packs of edibles similar to those the student picked from the box in Weiss’ classroom,” Koon said.

Lexington School District One released a statement saying that Weiss was no longer employed with the district as of Oct. 13.

“The safety of our students is our top priority,” Superintendent Dr. Greg Little said. “It is unacceptable for a staff member to potentially threaten the wellbeing of a child. We will continue to work to ensure all of our children have a safe environment to learn and grow. Rocky Creek Elementary has a sterling reputation which will not be tarnished by the actions of one person.”

Weiss was booked at the Lexington County Detention Center and released on a personal recognizance bond.