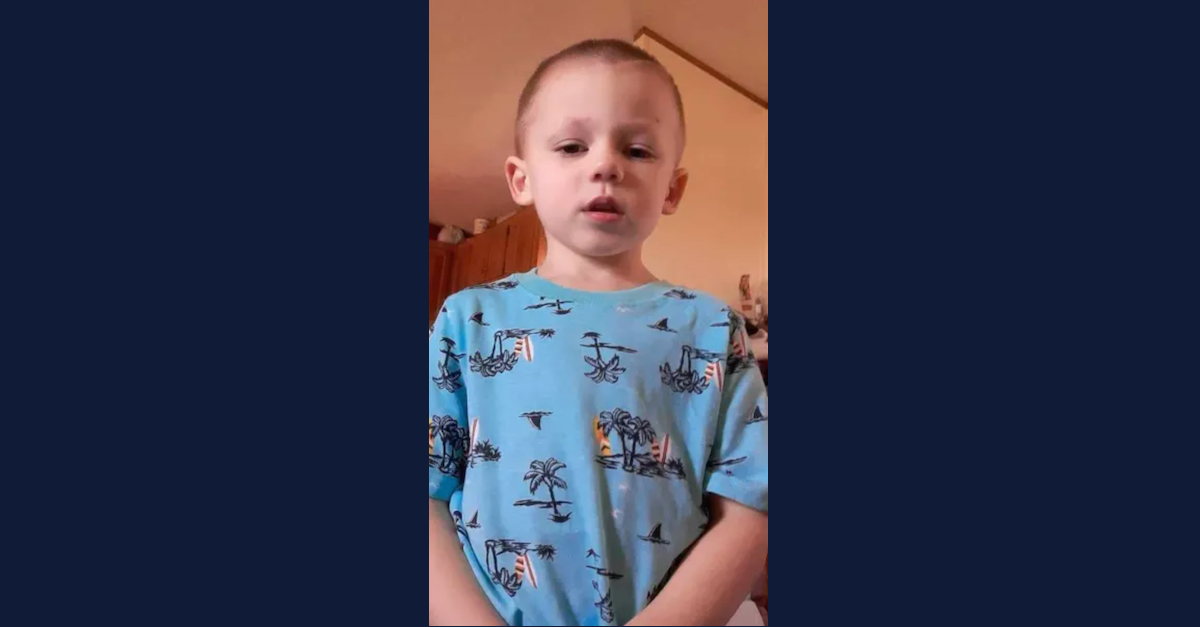 Hopes have been dashed after a missing four-year-old in Oklahoma was found dead on Tuesday evening.

Zaiven Wyatt Houke was last seen alive in the Emerald Bay community west of Checotah, Okla., about an hour and 45 minutes east of Oklahoma City, on Monday. At the time of his disappearance, he was wearing a blue and white pull-up diaper.

According to the Oklahoma Highway Patrol’s Lake Patrol division, the boy, who was autistic and non-verbal, is believed to have drowned in nearby Lake Eufaula shortly after he went missing that same day.

In a statement obtained by Tulsa FOX affiliate KOKI, the OHP Lake Patrol said they reviewed video footage that showed the child running towards a dock at the lake earlier this week before he attempted to go around a locked gate that restricted access to the dock. While trying to find his way around the gate, the footage showed, the boy fell into the water and never resurfaced.

“I can only imagine, like I said, what she’s going through,” volunteer Adam Barnes told the TV station. “I’d be moving heaven and earth.”

A little while before 7:00 p.m. on Tuesday, the worst was confirmed.

Houke’s body was found in seven feet of water, some 42 feet south of the shore, the OHP Lake Patrol said.

Up until the awful discovery, the boy’s mother remained optimistic.

“Given the circumstances, all I ask is for everyone to be vigilant and to please not give up,” Houke’s mother Brittany Hatcher said in a statement released Tuesday. “My son is deeply missed and loved and all we want is for him to be home. I want to thank the community, all the law enforcement, those who have come out to search, and all that have been praying. You are all very much appreciated.”

The search for the boy marshaled a substantial and sustained effort from law enforcement, civil society and groups of local volunteers, according to Tulsa CBS affiliate KOTV.

“I think about it as if it’s my kid,” volunteer Rocky Webb added. “So we’re here to help any way we can and find this little boy. So my heart goes out to the family. So we hope we can do some good.”

At least five state, county, and local law enforcement and other public agencies took part in the searches.

Upwards of 200 people took part in multi-day searches for Zaiven Houke. Volunteers, law enforcement and even the Red Cross looked on foot, horseback, and in the air since he vanished on April 10, 2022.

The 4-year-old left his house by way of an open door just before noon on the day in question, law enforcement said. The front yard of the boy’s home was quickly transformed into a makeshift command center for search operations by the McIntosh County Sheriff Department.