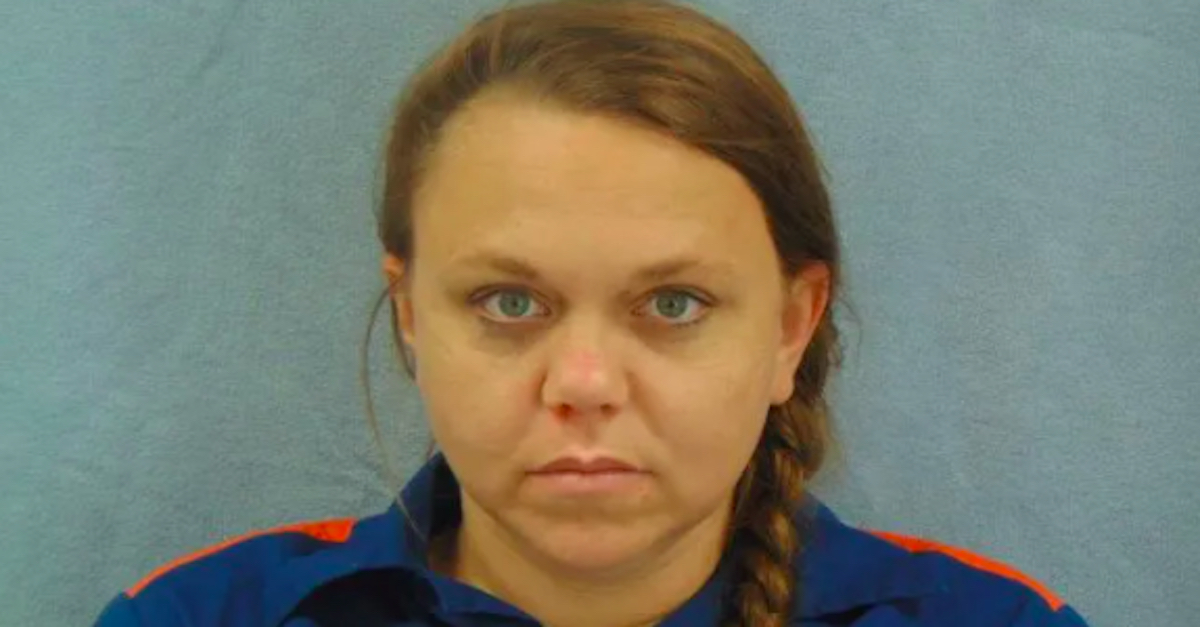 Natasha Marie Roark via the Michigan Department of Corrections

A Michigan woman sentenced to spend up to five years in prison after she was recorded assaulting jail guards on her way back from the shower was found dead after she apparently hanged herself in a detention facility’s showers, the Detroit Free Press reported Friday.

According to the Free Press report, the Michigan State Police are investigating the death of Natasha Marie Roark, 39, who investigators believe hanged herself inside the state’s only all-female prison.

Chris Gautz, a spokesperson for the Michigan Department of Corrections, told the outlet that prison guards at the Women’s Huron Valley Correctional Facility near Ann Arbor discovered Roark’s body at approximately 12:45 p.m. She had apparently hanged herself inside of her housing unit’s showering area.

“The apparent cause of death was suicide by hanging,” Gautz said, noting that it appeared to be the first successful suicide attempt in the facility in six years.

“The prisoner was immediately cut down and life saving measures were continued until healthcare staff and EMS arrived,” he said, but neither the guards nor the medical responders were able to revive Roark.

Roark in 2017 was convicted by an Ann Arbor judge on two counts of assaulting jail employees and three counts of resisting arrest.

During a bench trial, two of the guards Roark assaulted testified that after a deputy touched her on the shoulder to direct her towards her jail cell, she immediately dropped to the floor, forcing three guards to attempt to pick her up and carry her to her cell, the Free Press reported.  Security camera video footage of the incident shows her continue to struggle even after the guards bring her inside of her cell.

One of the guards also claimed that she spit in his face just before they were forced to put her in a restraint chair that strapped her arms and legs down.

Video of the assault obtained by the Free Press can be viewed below.

Roark, who the Free Press said also went by the names Natasha Marie Lewis and Natasha Marie Schwartz, was closing in on her release date, with less than one year to go on her sentence.

Prison records reviewed by Law&Crime indicate that Roark was convicted for operating while impaired on July 21, 2016. She was subsequently convicted of three counts of assaulting, obstructing, or resisting a police officer and two counts of assault on a prison employee on September 28, 2016.

The last suicide at the facility happened in November 2015. Janika Edmond, 25, also hanged herself in the facility’s showering area. Edmond, who reportedly had a history of mental illness, took her own life after the prison guards had allegedly placed bets about whether she would kill herself. Her family sued the state and in 2019 settled for $860,000 in connection with the wrongful death suit.