After more than a full decade, police claim to have caught the men who shot and killed the nephew of late U.S. representative and civil rights luminary Elijah Cummings during a burglary at the victim’s off-campus home on June 10, 2011. The lauded Maryland Democrat, who died in 2019, would not live to see what police describe as the solving of the cold case.

10 years ago Brother Christopher Cummings of the Zeta Pi chapter had his life taken from him as a victim of senseless violence. Last night 4 arrests were made in connection to his death. We send our love and condolences to his family. May he Rest In Peace and continue to be loved pic.twitter.com/If8956J2mM

“For more than a decade now Investigators have been relentless in their efforts to solve this case, they have followed up on every lead necessary to ensure the Norfolk Police Department was able to deliver justice to both the surviving victim and to the Cummings family,” said Norfolk Police Chief Larry D. Boone. “I want to recognize all the hard work and the level of commitment and professionalism of all those who were involved in bringing this investigation to a close.”

According to then-contemporaneous reporting, Jake Carey sustained five gunshot wounds, one of which struck him in the neck and temporarily knocked out his ability to speak. But Jake Carey was able to write notes to family and police describing what happened, his uncle Dale Carey told The Washington Post in 2011. The paper reported that the sound of gunshots woke up Jake. He ran out of his room and saw Christopher Cummings fall on top of the stairs. Other people were upstairs too, but he saw “flashes and sounds” on being shot, according to the Post.

The case went unsolved for years, with Christopher’s parents James Cummings and Rosa Cummings voicing grief and frustration in the press.

“It’s extremely frustrating because right now we’re no further ahead then we were, I’d say a month after the murder,” James told WAVY in a June 10, 2020, report. He prayed every morning in his son’s room, according to the report.

“Whoever the persons were that did this—believe me, believe me—will do it again,” Rep. Cummings told WVEC in August 2011. “You don’t kill somebody that viciously and not do it again.”

The congressman died in 2019 from what his office described as health complications. 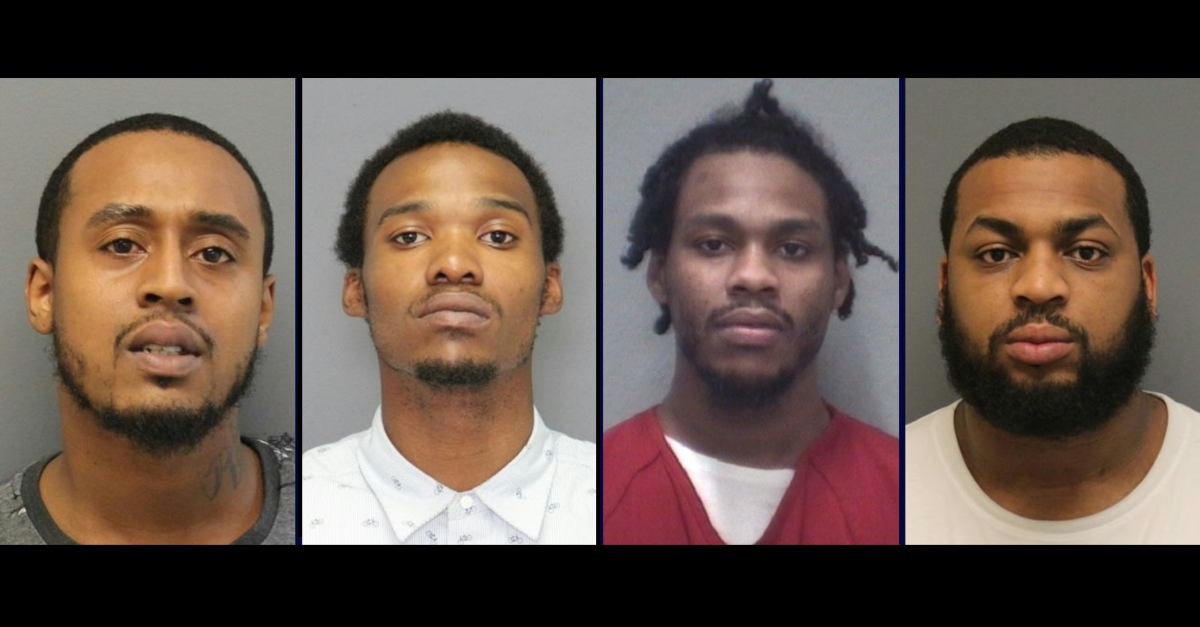 Police did not elaborate on the forensic evidence that they say linked the murder on Edwards, Doyle, Watson, and Dooley. All four of them are from Newport News, Va., cops said. Authorities announced:

They are being held without bond, police said. It is unclear if they have attorneys in this matter.

Despite the arrests, police continue to ask the public to provide any information they might have about the case. You can reach the Norfolk Crime Line at 1-888-LOCK-U-UP, or submit an anonymous tip at NorfolkCrimeLine.com, cops said.

Christopher Cummings’ father welcomed news of the arrests, but noted his son’s death is an irreparable loss.

“While my son is lying cold in his coffin, these guys are out there running the streets, so it’s good to have them off the streets,” James Cummings said, according to 13 News Now. “As far as life is concerned, life won’t change that much for us because we will never get our son back and we have to live the way we have been living.”