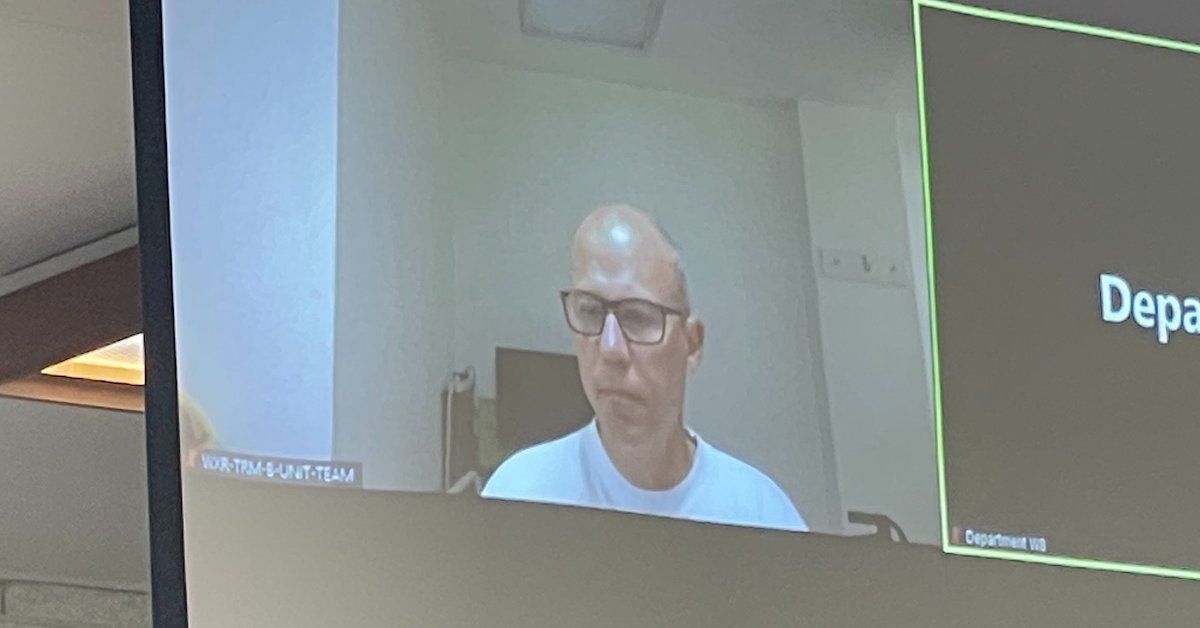 Disgraced lawyer Michael Avenatti is asking to delay sentencing in his California client fraud case because a COVID-related lockdown in his prison unit is prohibiting him accessing the law library or visiting with his standby counsel.

In a five-page request filed Thursday, Avenatti’s standby counsel, H. Dean Steward, said he’s been allowed out of his unit “approximately five hours per week for limited fresh air” since a nearby prisoner testified positive for COVID-19 on July 27.

About 20 to 30 of the 120 incarcerated people in Avenatti’s unit at the Terminal Island federal prison near Long Beach have testified positive, and the resulting restrictions have not only eliminated visitation but limited phone calls and email access as well. Steward did not say that Avenatti has been infected.

“It has been impossible for defendant to adequately prepare for his sentencing and the briefing required under these circumstances,” according to the filing. “The lockdown is expected to be lifted on or about September 8, 2022, at which time defendant will have lost six weeks of preparation time.”

Prosecutors Brett Sagel and Ranee Katzenstein are opposed, with Steward saying they told him on Wednesday that Avenatti “already asked for essentially the same continuance he now requests” in a July 7 filing, but Selna denied it in favor of a two-week continuance that set the Oct. 3 date.

“The government opposes any further continuance because the schedule set by the Court provides ample time for the parties to proceed with sentencing on October 3, 2022, and the victims oppose any further delay,” prosecutors said, according to Steward.

Sentencing memoranda are currently due Sept. 12. Selna has allowed an unusually lengthy 50 pages each as Avenatti and prosecutors argue over how much money he truly stole from his clients. Steward wants the due date delayed to Oct. 10.

Part of Avenatti’s sentence is already in motion: Selna on Aug. 8 ordered the forfeiture of a jet Avenatti bought with money he stole from his law firm clients. The jet has been in federal custody since shortly after Avenatti’s arrest in March 2019. Avenatti consented to the forfeiture, but people who believe they have a monetary stake in the jet have another week to petition the court for a hearing.

Sagel and Katzenstein said during Avenatti’s plea hearing in June that the total amount of money associated with his fraud scheme is $9 million, with another $5 million linked to his tax crime. Avenatti said he believes it’s “drastically less than that.”

After citing failed plea deal negotiations, Avenatti, 51, chose to plead guilty to five counts from his 36-count indictment, leaving prosecutors to decide how to proceed with the remaining counts. They said they’ll drop his remaining six wire fraud charges, and that they’ll forgo the remaining tax charges, too, so long as the sentence imposed by Selna accounts for the totality of the crimes, which they say is possible under the law.

That sets up a high-stakes sentencing hearing over an issue that’s been controversial in other federal prosecutions, as some judges and even prosecutors believe sentences for wire fraud can be too severe if tied strictly to the perceived amount of money lost, which can be fiercely debated.

It happened in Avenatti’s wire fraud case in the Southern District of New York for swindling the client who propelled him to fame in 2018, adult film star Stormy Daniels. In that case, Avenatti faced a standard range of 65 to 75 months, including a mandatory two years for aggravated identity theft, but prosecutors asked for a lesser sentence, and U.S. District Judge Jesse Furman sentenced him to four years, to be served partially consecutively with the 30-month sentence Avenatti is already serving in his Nike extortion case.

He’s currently scheduled to be released on Jan. 27, 2026, but the California sentencing could add several more years to that.