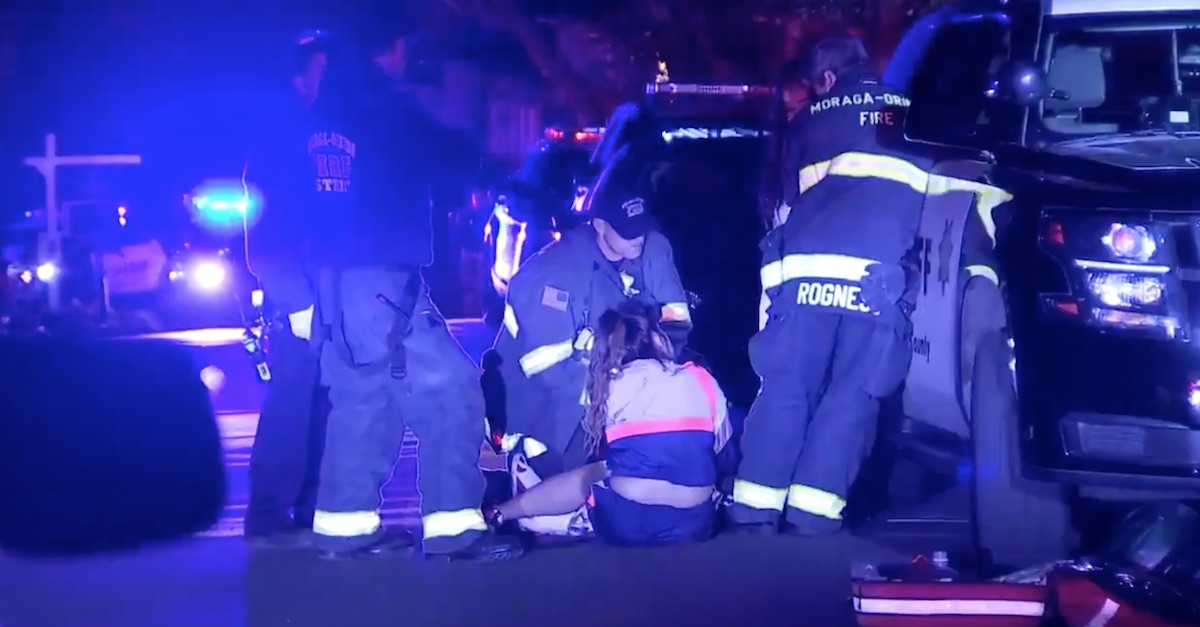 A mass shooting late Thursday at a Halloween party in Orinda, California left four dead and several wounded. The shooting occurred at an Airbnb rental where a “mansion party” was reportedly held.

Four people were killed and at least four others were hurt in a Halloween night shooting at a house party in Orinda, police say. https://t.co/1w0PF7h76s

– No suspect information at the moment
– Witnesses said the shooting happened during a Halloween party at an Airbnb rental pic.twitter.com/WGDMzH1TXW

More than 100 people reportedly attended the party, some Laney College students. The public community college is located in Oakland, miles away from Orinda.

Chris Gade, who lives down street from Halloween shooting in #Orinda, said he heard the loud party and saw chaos after shooting pic.twitter.com/NlUSfpKbU4

The shooting happens just days after another Halloween party shooting in the Golden State. That shooting happened in Long Beach and left three dead and nine wounded. The gunman is still at large.