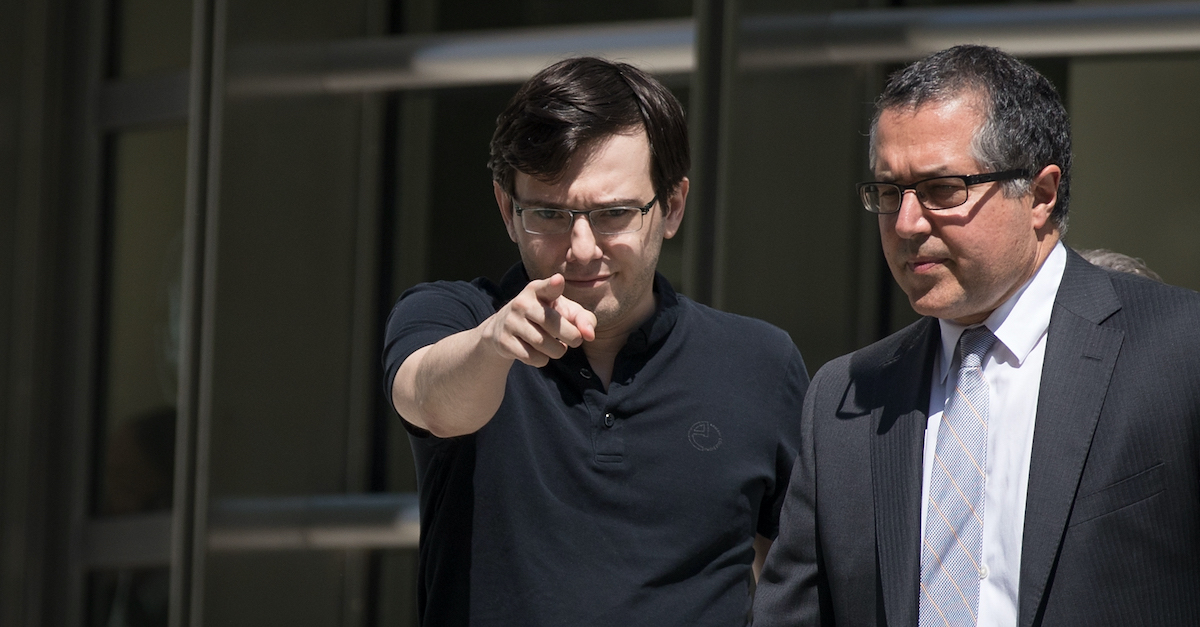 “Shkreli has flouted the Court’s Order and Plaintiffs’ efforts to monitor and assess his compliance with the Order,” the Federal Trade Commission and seven attorneys general said in an 11-page memo.

On May 19, 2022, Shkreli was released from prison in connection with a seven-year sentence on securities fraud convictions involving the company Retrophin. His criminal prosecution was unrelated to the actions that first gave him national notoriety: his decision to jack up the price of the life-saving drug, Daraprim.

His 40-fold hike of Daraprim’s price made him a national lightning rod. Lawmakers and much of the public scorned him as an icon of pharmaceutical greed, while Shkreli’s social media fans gave him a cult following for his unapologetic defense of his actions as capitalist savvy.

“Without a lifetime ban, there is a real danger that Shkreli will engage in anticompetitive conduct within the pharmaceutical industry again,” Cote wrote. “Shkreli established two companies, Retrophin and Vyera, with the same anticompetitive business model: Acquiring sole-source drugs for rare diseases so that he could profit from a monopolist scheme on the backs of a dependent population of pharmaceutical distributors, healthcare providers, and the patients who needed the drugs.”

Regulators say that Shkreli violated that order “in at least two significant ways,” first by failing to pay the money judgment by the March 6, 2022, deadline.

Then, on July 25, 2022, Shkreli apparently announced the formation of the company “DrugLike” in a press release.

“We started Druglike because in our experience, traditional drug discovery software is too difficult and expensive to use,” Shkreli said in the release, which describes him as the company’s co-founder. “Druglike will remove barriers to early-stage drug discovery, increase innovation and allow a broader group of contributors to share the rewards.”

Regulators say that the original order — and Shkreli’s failure to comply with it — are both “clear and unambiguous.”

“Finally, Shkreli has not attempted—much less “diligently,” as Second Circuit law requires — to comply with the Order in a reasonable manner,” the memo states. “Plaintiffs have courteously extended compliance deadlines numerous times, but Shkreli has failed to meet them. Shkreli ignored the most recent deadline extension and failed to respond to Plaintiffs’ recent efforts to secure compliance.”

Shkreli’s counsel did not immediately respond to an email requesting comment.