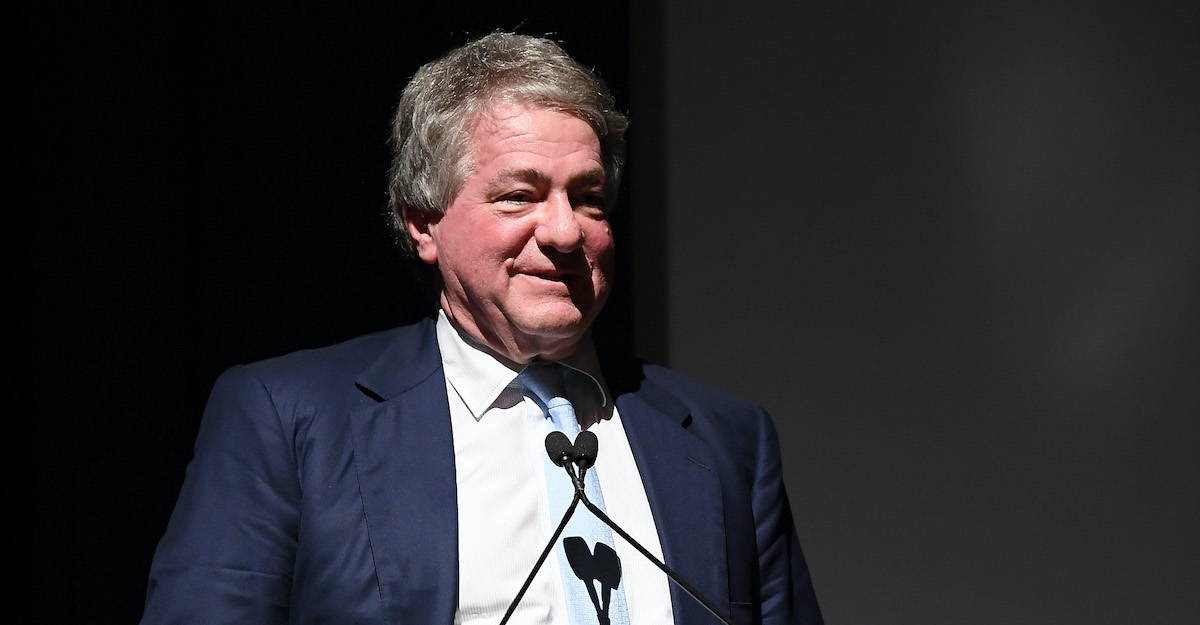 Asked about the allegations, Black’s spokesman alleged that Vance’s office is investigating whether one of those accusers, Guzel Ganieva, plotted to extort the ex-Jeffrey Epstein associate and hedge fund honcho.

“We have no knowledge of any investigation of Mr. Black,” spokesman Whit Clay told Law&Crime. “As we have previously stated, Mr. Black has provided substantial documentary evidence in legal filings, including text messages and recordings, that show Ms. Ganieva’s claims to be completely false. In addition, we have been in contact with the Manhattan District Attorney’s Office and provided detailed evidence of Ms. Ganieva’s extortion of Mr. Black. We are fully cooperating with the DA’s investigation of Ms. Ganieva and will not comment further at this time.”

“Contrary to Black’s statement, he has not released a single one of these so-called ‘recordings’ and ‘text-messages’ that he claims prove his innocence,” Christensen told Law&Crime.

DA Vance’s spokesman Danny Frost declined to confirm the reporting or comment for this story.

In March, Ganieva posted a tweet calling Black a “predator” whom she claimed “sexually harassed and abused” her for years. A few days later, Black quit Apollo Management, months earlier than his planned resignation originally scheduled for July. Black had announced his intended exit in this past January, amid scrutiny of his financial ties to Epstein. Apollo claimed that an independent review by Dechert LLP cleared Black and the company of any impropriety. However, the report found that Black paid Epstein $158 million for estate planning between 2012 through 2017, well after Epstein was jailed after pleading guilty on a charge of soliciting a minor for prostitution.

After Black denied the allegations as a “fabrication” designed to extort him, Ganieva sued the billionaire for defamation in June, in litigation that remains pending.

Though her lawsuit alleged a campaign of sexual abuse spanning for years, Ganieva claims that Black raped her in July 2014, after allegedly arriving unannounced at her East 77th Street apartment in Manhattan.

“At over 6’5” and 300+ pounds, Black had no difficulty dragging Ms. Ganieva into the bedroom and throwing her on her back on the bed,” the lawsuit alleged. “She was limp and unable to move.”

The lawsuit alleges that Black pressured Ganieva to sign a non-disclosure agreement, which Ganieva’s attorney says the ex-hedge fund executive has not produced.

“Additionally, he has refused to give Ms. Ganieva a copy of the NDA that he forced her to sign in 2015,” Christensen wrote in an email. “We stand by our clients and will continue to hold Black accountable.”

In September, Ganieva’s legal team moved to file a second amended complaint introducing a separate alleged victim, anonymized as “Jane Doe,” who met Black via Epstein, according to the proposed second amended complaint. The filing described the woman as a single mother from New Jersey struggling with credit card debt, before detailing allegations of her “violent and aggressive” sexual assault by Black.

“She experienced tearing pain,” the proposed second amended complaint stated. “Ms. Doe was in such agony that she could barely speak or breathe. She had never experienced anything like that before.”

Jane Doe is not a plaintiff in the lawsuit, and Black’s attorneys urged a judge to strike those allegations as “irrelevant and prejudicial.”

Their 24-page motion urging a Manhattan judge to reject the second amended complaint also casts the allegations as an implausible attempt to make links between Epstein and Black that other investigations failed to find.

“These new allegations apparently are meant to suggest that Ms. Ganieva has uncovered the smoking gun linking Mr. Black to Epstein’s criminality,” Black’s lawyer E. Danya Perry wrote in a Sept. 24 memo. “This is despite the fact that in all the time that investigators literally combed through Epstein’s trash—and throughout countless civil, regulatory, criminal, and independent investigations—not a single document or witness has linked Mr. Black to any Epstein-related sexual conduct. Until now, decades later, when an anonymous Jane Doe magically appears for the first time in Ms. Ganieva’s Proposed Amended Complaint.”

Manhattan Supreme Court Justice David B. Cohen has not yet ruled on the motion to file the new complaint.

Vance’s office questioned both women tied to the litigation, a source familiar with the matter told Law&Crime.

(Photo by Dimitrios Kambouris/Getty Images for Museum of Modern Art)