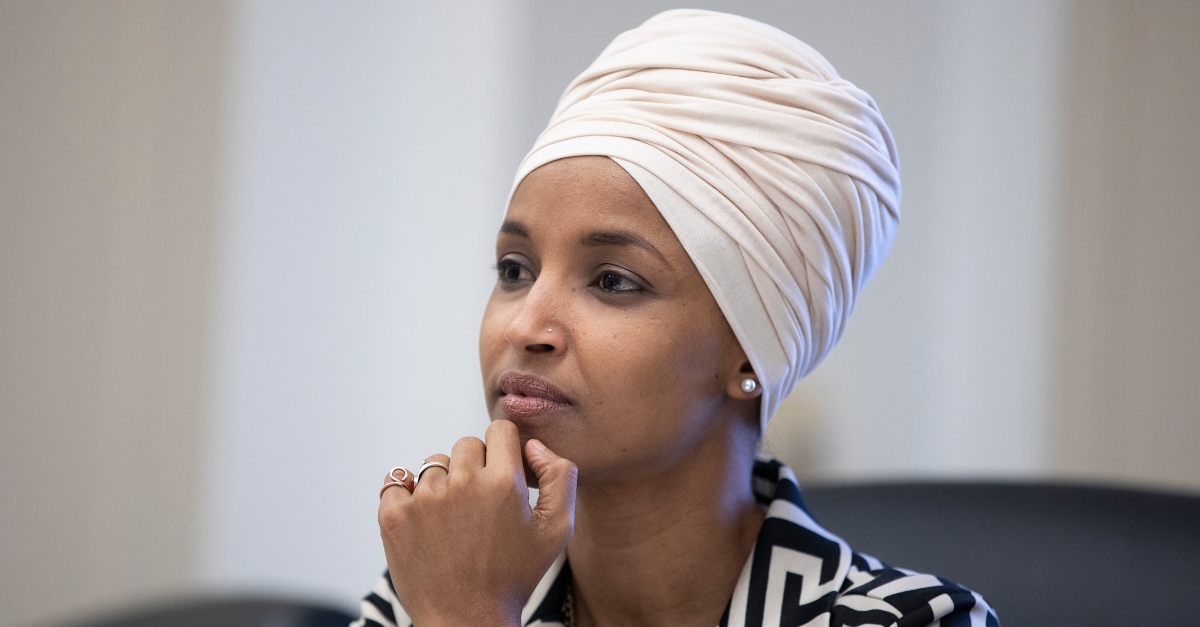 A New York state man was sentenced Friday after admittedly threatening to shoot Rep. Ilhan Omar (D-Minnesota, 5th district). Patrick W. Carlineo, Jr., 56, is to spend 12 months and one day in a federal prison on a count each of threatening to assault and murder a United States official, and being a felon in possession of firearms, according to The Department of Justice. He must give up six firearms and hundreds of rounds of ammunition, authorities. The defendant will also serve three years of supervised release.

The staffer claimed to remember the defendant saying that he’d put bullet in the congresswoman’s “(expletive) skull.” The office reported the call to U.S. Capitol Police.

Authorities also went after Carlineo for gun possession. He had a loaded .45 caliber handgun, three rifles, two shotguns, and lots and lots of ammunition at home even though he was convicted of felony criminal mischief in Steuben County, New York in 1998, the DOJ said.

The defendant pleaded guilty to charges last November. He faced up to 10 years behind bars. Omar asked for a lenient sentence.

Sharing my full letter on the the sentencing of Patrick W. Carlineo, a man convicted of threatening my life.

We must apply a system of compassion to criminal justice.

Who are we as a nation if we respond to threats of political retribution with retribution ourselves? https://t.co/O6ooPx5aL6 pic.twitter.com/RUik17VfnZ

“Punishing the defendant with a lengthy prison sentence or a burdensome financial fine would not rehabilitate him,” she wrote at the time. “It would not repair the harm he has caused. It would only increase his anger and resentment. A punitive approach to criminal justice will not stop criminals like Mr. Carlineo from committing a crime again or prevent others from committing similar acts. Only restorative justice can do that. He should understand the consequences of his actions, be given the opportunity to make amends and seek redemption.”