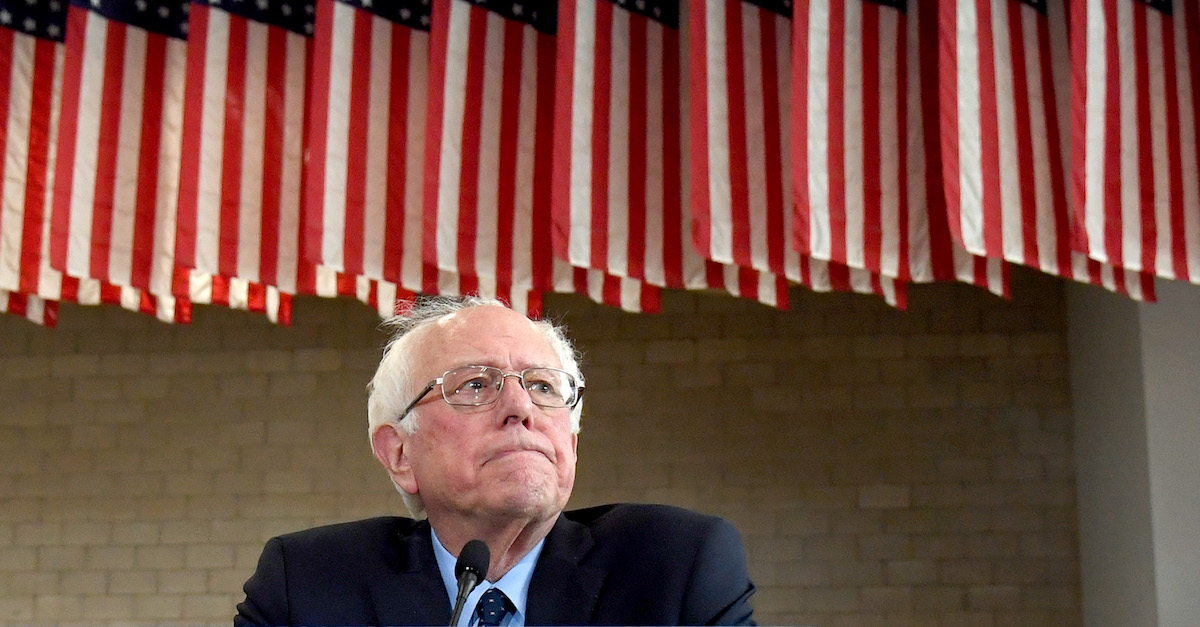 A Huntington Park, California man was arrested on Monday for making an online threat against a Sen. Bernie Sanders (D-VT) presidential rally in Long Beach.

According to police, Rafael Guzman, 27, was arrested for criminal threats and threatening a public officer. He was released from the Long Beach City Jail after paying $50,000 bail.

The investigation reportedly began on Sunday after someone told the police about the social media threat.

“We take all potential threats of violence very seriously and thoroughly investigate all reported incidents,” said Police Chief Robert Luna. “Our department will remain vigilant and continue to be visible to ensure the safety of our community.”

Shaunna Dandoy, a spokeswoman for the Long Beach Police Department, wouldn’t give details as to Guzman’s threats, saying only that it was “an online threat of violence” that was “targeted at a political rally that was taking place this evening.”

She went on to say that “all event attendees will be able to enjoy a safe and secure event with visible presence from LBPD.”

It’s unclear whether Sen. Sanders was the target of Guzman’s threats or if Guzman even had the means to carry out a violent attack.

A spokesman for Sanders’ campaign declined to answer any questions regarding security or threats against the presidential candidate. Sanders is expected to speak at 7:00 p.m. Tuesday night at Long Beach City College as part of a tour he’s taking through Southern California.

This arrest comes as the nation mourns those lost during the shootings in El Paso and Dayton this weekend. Long Beach police have reportedly scheduled extra patrols over the course of the next week in response to the recent gun violence.