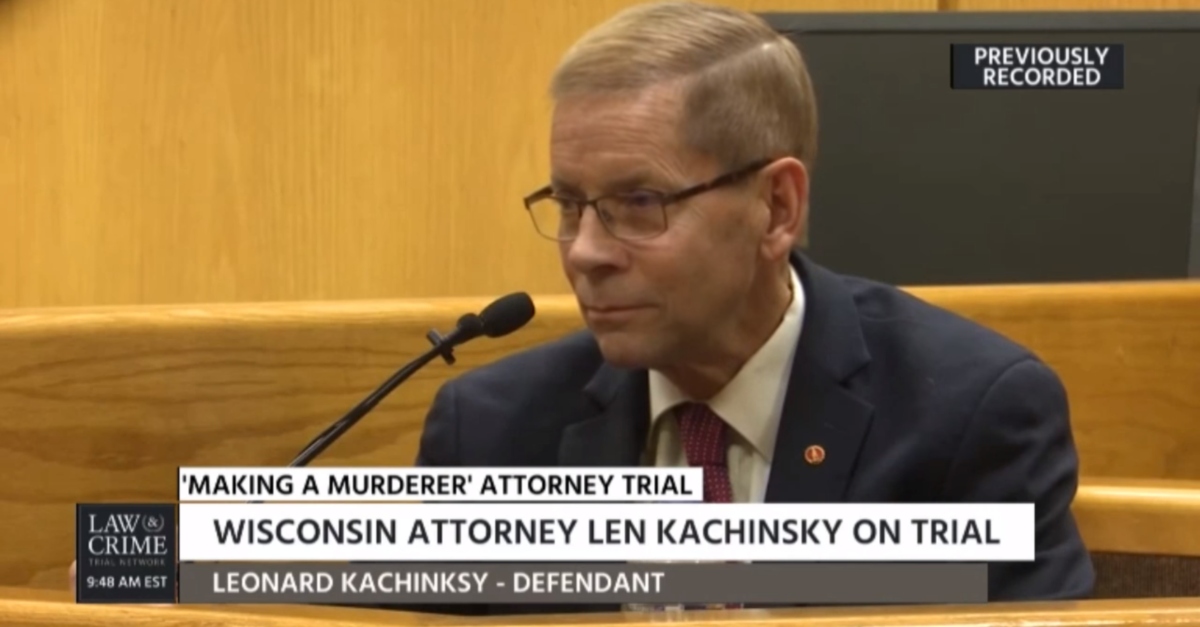 An acquittal usually marks the end of a criminal case, yet here we are.

Former Fox Crossing Municipal Judge Len Kachinsky, who was found not guilty last December of stalking his court manager, has been charged with three counts of knowingly violating a restraining order that was in place to keep him from contacting her, according to The Appleton Post-Crescent.

He allegedly sent emails to her and others to discuss issues such as local school bus citations and his newly elected replacement, even though he was suspended from the position.

Cops said they went to his home on April 10. Kachinsky allegedly insisted he sent the messages as part of his job of running the court, though police said that he shouldn’t have anything to do with it since he was suspended.

The restraining order had been scheduled to run out on May 1, the day after his judgeship officially ended.

“No matter what, he does not stop — he doesn’t understand I want absolutely no contact w/ him,” the court manager reportedly wrote in a court statement filed May 7.

Kachinsky is scheduled to appear in court June 3. His attorney Brandt Swardenski declined to comment to Law&Crime.

Kachinsky is best known as the former attorney of murder defendant Brendan Dassey, which you would know if you have watched the Netflix true crime documentary Making a Murderer.

Court manager Mandy Bartelt testified at trial that her interactions with the judge started out as positive at first. She said he was nice, and became Facebook friends with her mother. This devolved, however. Bartelt alleged that Kachinsky began to make numerous inappropriate emails and comments about her personal life, and he refused to stop even after she brought in village administrators to establish proper boundaries at work.

Kachinsky testified that things were pretty much fine from his point of view until the criminal case started.