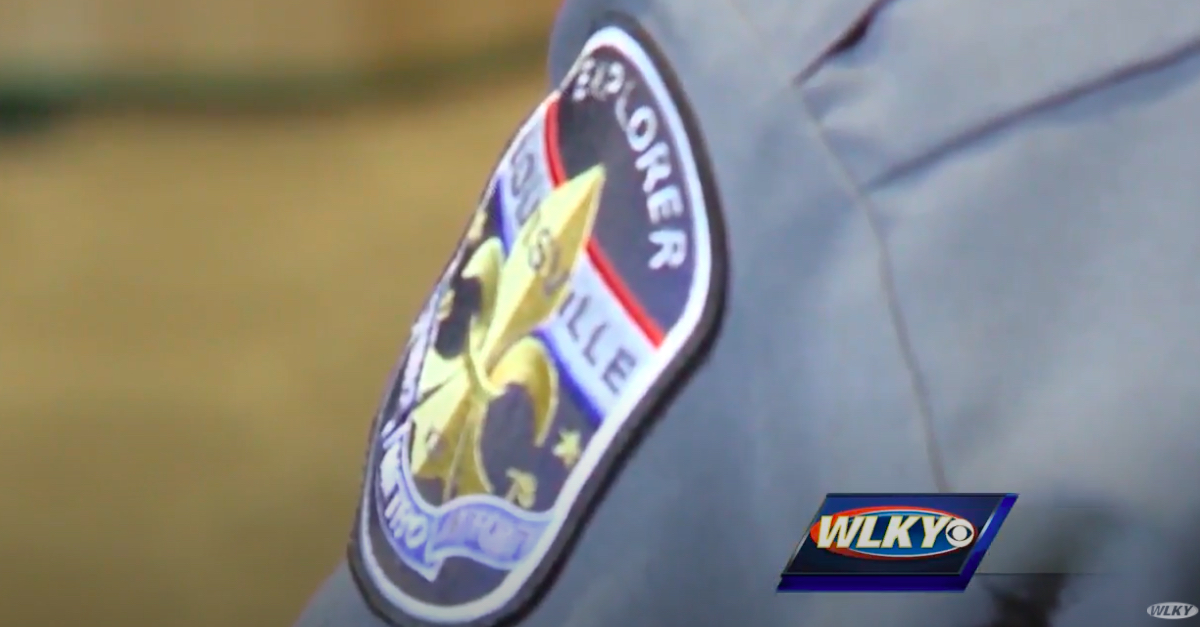 The Louisville Metro Police Department (LMPD) is accused of violating public disclosure laws to conceal at least 738,000 documents pertaining to the sexual abuse of teenagers by two former officers, the Louisville Courier Journal reported on Wednesday.

The Courier Journal filed a public records request last year for any documents relating to the sexual abuse of minors by former officers Brandon Wood and Kenneth Betts in the LMPD Explorer Scout program—a mentoring program aimed at youth interested in law enforcement. Both officers pleaded guilty to state and federal charges in connection with the abuse scandal and are currently serving time in prison.

In response to the Courier Journal’s request, LMPD’s records custodian said the department couldn’t comply with the request because any relevant records “would previously have been turned over to the FBI,” which is still investigating what went on with the Explorer Program.

“LMPD does not have possession or control of the records,” Assistant Jefferson County Attorney Annale Taylor wrote in a Sept. 3, 2019 letter to the AG’s office, according to the report.  “When the investigation was taken by the FBI, all copies of the investigative materials … were physically removed from the premises, digital devices and servers of LMPD.”

Subsequent appeals by the Courier Journal revealed, however, that the department did in fact have more than 738,000 records that could shed light on when city officials first learned about sexual abuse allegations against officers tasked with mentoring youths and what actions were taken after the information was discovered.

Two lawyers for the newspaper were dismayed by the department’s conduct. Jon Fleischaker said he has “never seen anything so brazen.”

“I think it an outrage,” he said. “They have destroyed their ability to comply with the open records law, and they did it purposely, and they didn’t tell the truth about it.”

Louisville Councilman Anthony Piagentini said someone needed to be held accountable for flouting the law in such an egregious manner.

“There aren’t the appropriate words to describe how indefensible this is.  This Administration oversaw the sexual exploitation of minors and then deleted evidence,” he tweeted. “I will be speaking with my colleagues about next steps to hold this Administration accountable.”

There aren’t the appropriate words to describe how indefensible this is. This Administration oversaw the sexual exploitation of minors and then deleted evidence. I will be speaking with my colleagues about next steps to hold this Administration accountable. https://t.co/oeh8uLOwcW

A lawyer hired by the county attorney’s office to investigate the sexual abuse claims told the Courier Journal that his review was still ongoing, but insisted he hadn’t found any evidence the office violated the Open Records Act or did anything wrong, including the deletion of evidence.

“The Explorer case represents a total breakdown in trust between police and teens who had an interest in the law enforcement profession,” Courier Journal Editor Richard Green said. “To now dodge the public’s access to these documents speaks to an institutional disregard for the Open Records Act and the very residents LMPD is to serve and protect. My frustration with how it’s been handled only underscores our commitment to dig even deeper and hold those in power to account.”