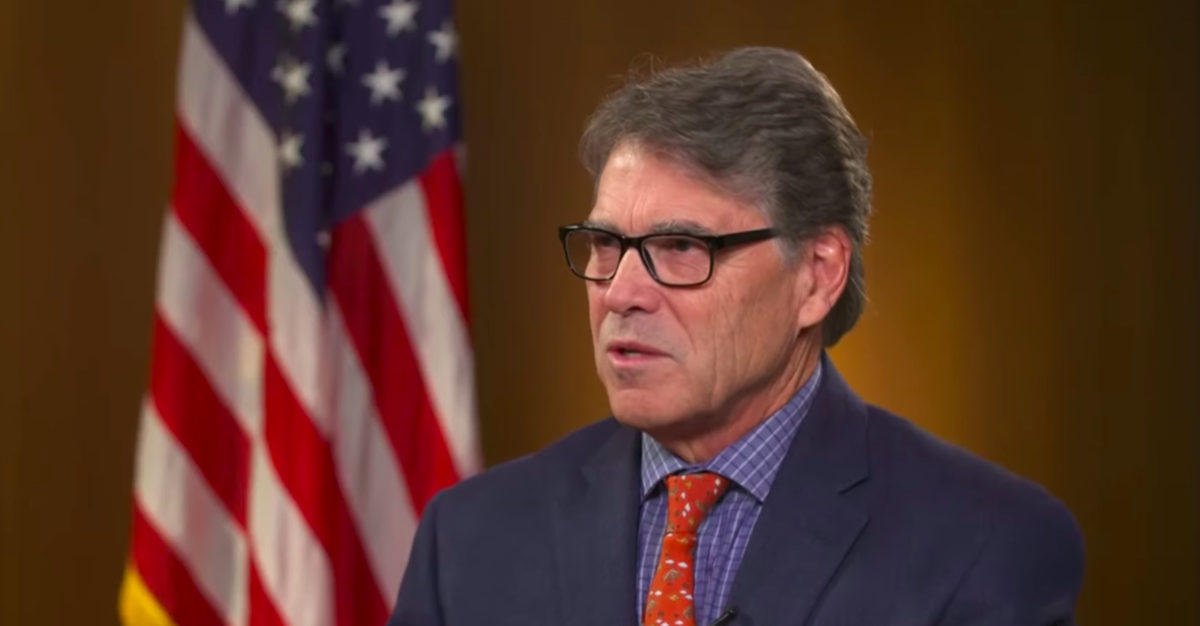 Two major political supporters of outgoing U.S. Energy Secretary Rick Perry were reportedly awarded a 50-year oil and gas exploration deal from the Ukrainian government despite bidding millions of dollars less than other potential suitors for the deal.

The Ukrainian government reportedly awarded the contract to Perry’s political allies just weeks after the Energy Secretary attended the inauguration of Ukrainian president Volodymyr Zelensky in May. According to the Associated Press. during his time in Ukraine, Perry gave Zelensky a list of four people he believed were well-suited to advise Ukraine on energy matters; one of those names was Michael Bleyzer, a Ukrainian-American investor and longstanding Perry political supporter from Houston, Texas.

“A week later, Bleyzer and his partner Alex Cranberg submitted a bid to drill for oil and gas at a sprawling government-controlled site called Varvynska. They offered millions of dollars less to the Ukrainian government than their only competitor for the drilling rights,” the report said. Cranberg, described as a GOP “mega-donor,” also allowed Perry the use of his luxury private jet during Perry’s failed 2012 presidential campaign.

The internal documents said that the newly formed company, “Ukrainian Energy,” received the potentially lucrative 50-year contract because a government commission concluded it had superior technical expertise and funding. The decision, however, came as Rudy Giuliani et al. were turning up the heat on efforts to get the newly elected Zelensky to open and publicly announce investigations into Joe Biden and his son.

“The sequence of events suggests the Trump administration’s political maneuvering in Ukraine was entwined with the big business of the energy trade,” according to the report. A spokesperson for Perry said the Energy Secretary did not promote any specific persons to Zelensky.

“What he did not do is advocate for the business interests of any one individual or company,” Shaylyn Hynes, the press secretary for the Energy Department said.

In a statement to the AP, Bleyzer said Perry did not help his firm land the deal.

“I believe that Secretary Perry’s conversations with Ukrainian government officials, if they in fact took place, did not play any role in Ukrainian Energy winning its bid,” Bleyzer said, adding that the process “will hopefully serve as an example of how the Ukrainian energy market can be opened for new investments.”