February 2 is a critical day, my fellow trial warriors. This is the day that Bill Cosby’s lawyers will argue that charges should be dismissed against him because the former prosecutor who handled the case initially promised . . . well, verbally promised, but promised nonetheless . . . not to prosecute him or, if so, by means other than that critical civil deposition. Here’s my video tutorial on the issue. 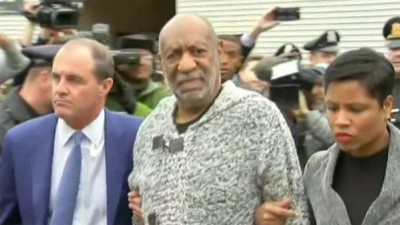 “I can see no possibility that Cosby’s deposition could be used in a state criminal case, because I would have to testify as to what happened, and the deposition would be subject to suppression. I cannot believe any state court judge would allow that deposition into evidence…. Knowing this, unless you can make out a case without that deposition and without anything the deposition led you to, I think Cosby would have an action against the County and maybe even against you personally.”

But it happened. In December, Cosby was charged with aggravated indecent assault, stemming from a 2004 allegation that he raped and drugged a young woman at his Pennsylvania home.

The non-prosecutorial agreement ostensibly was made a decade prior to his arrest, an arrest which was made at the eleventh hour before a 12-year statute of limitations expired. Are you still with me? Well, as they say on QVC: But wait, there’s more. Bruce Castor is really gunning for current DA Kevin Steele, who beat him in the last election. Steele was the top ADA when the Cos was charged and the both of them have been heaving and hurling charges against each other with a ferocity and frequency the likes of which would impress Vince McMahon.

But here’s what you need to take note of.

Stand by, as they say.