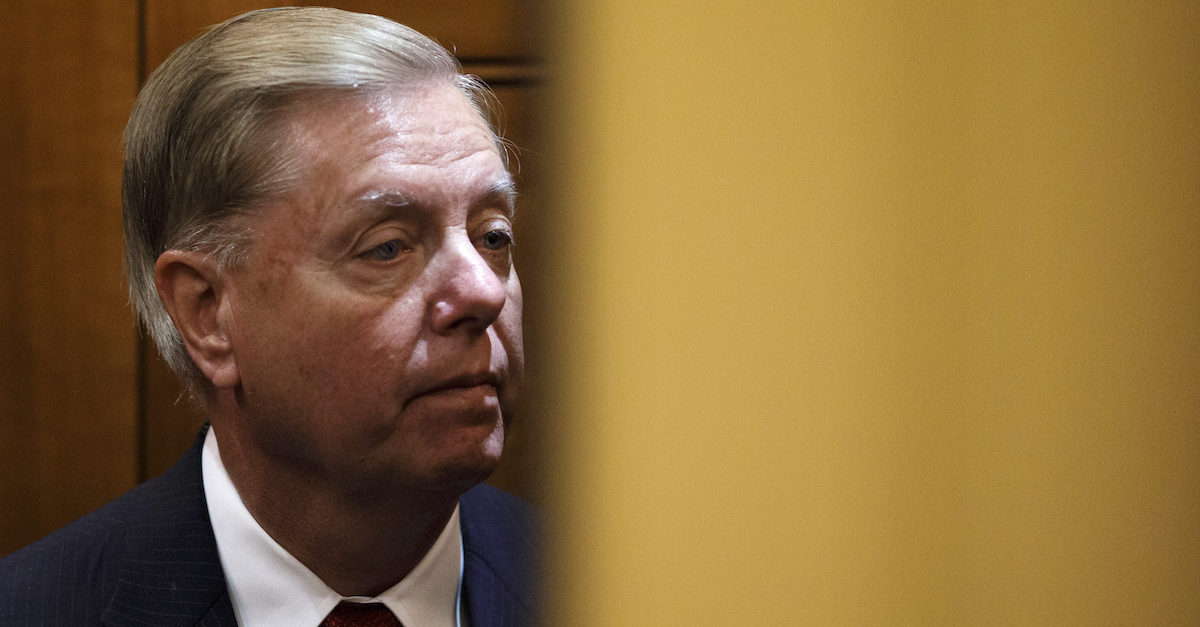 Sen. Lindsey Graham (R-S.C.) on Tuesday issued President Donald Trump’s personal attorney Rudy Giuliani an invitation to testify before the Senate Judiciary Committee about corruption in Ukraine. Graham, who had previously stated he would not be opening a panel inquiry into Ukraine, appeared to change course in light of House Democrats’ impeachment inquiry.

Graham’s offer that was refused came just after news broke that the White House had blocked U.S. ambassador to the European Union Gordon Sondland from testifying before House investigators.

“Have heard on numerous occasions disturbing allegations by [Rudy Giuliani] about corruption in Ukraine and the many improprieties surrounding the firing of former Prosecutor General Viktor Shokin. Given the House of Representatives’ behavior, it is time for the Senate to inquire about corruption and other improprieties involving Ukraine,” Graham tweeted Tuesday morning. “Therefore I will offer to Mr. Giuliani the opportunity to come before the Senate Judiciary Committee to inform the committee of his concerns.”

But Giuliani, who for months has been promoting unsubstantiated claims that Joe Biden and his son Hunter Biden were mired in corrupt dealings in Ukraine, was himself recently named as a possible co-conspirator in an alleged “shakedown” of a Ukrainian gas company, according to a report from The Associated Press. The alleged plot involves Soviet-born businessmen–and Trump mega-donors–Lev Parnas and Igor Fruman, who Giuliani has called his “clients.” The businessmen happen to be represented by former Trump lawyer John Dowd.

Giuliani has shown that live testimony isn’t the best medium for him to appear, given several startling interviews over the past few weeks. Those interviews prompted legal observers to opine that Giuliani incriminated himself and other government officials. Calls for indictment and disbarment followed.

The former New York City mayor responded to Graham’s request Tuesday with a sort of thanks, but no thanks.

“Love Lindsey, but I am still a lawyer and I will have to deal with privilege,” he told CNN. This could be a particular point of controversy, as he as vacillated between saying his work in Ukraine was in his personal capacity as the President’s attorney and then later claiming he was tasked with the job by the U.S. State Department.

Giuliani went on to say, however, that “Given the nature of [Graham’s] invitation about my concerns I might be able to do it without discussing privileged information.”

Graham has been a vociferous supporter of the president when it comes to his dealings with Ukraine. In a Sunday appearance on Face the Nation, Graham said the whistleblower complaint that sparked the House’s impeachment inquiry was a “political setup”; he expressed his support for appointing a special prosecutor to “look into whether or not Joe Biden had [Viktor Shokin] fired and in a proper way.”

There has up to now been no evidence that proves the Bidens engaged in any corrupt dealings in Ukraine. On the contrary, the former Vice President’s efforts to reform the office of the Ukrainian prosecutor were supported by Senate Republicans at the time. Reports last week confirmed that at least three Republican Senators signed a 2016 letter calling for “urgent reforms to the Prosecutor General’s Office and Judiciary.” A former Ukrainian prosecutor has said on multiple occasions that there was no evidence the Bidens broke the law.