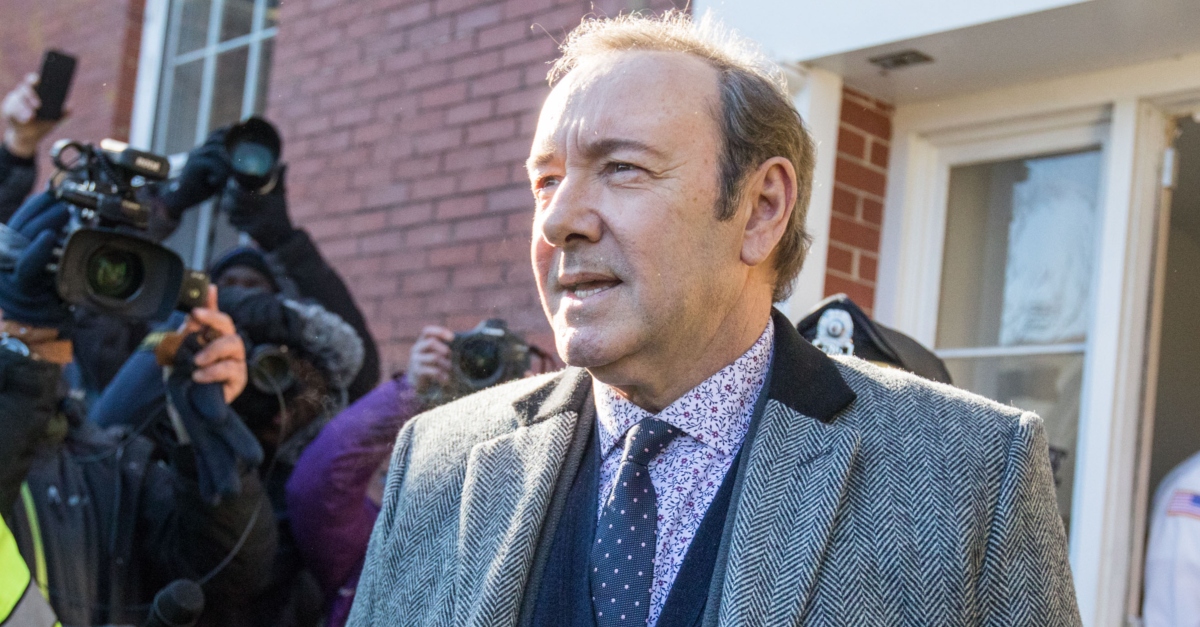 Kevin Spacey‘s legal team asked on Wednesday for the original database of his accuser’s phone to see if there were any deleted messages that could bolster his defense.

Sankara Shanmugam, Vice President of digital forensics and incident response at Stroz Friedberg, wrote in an affidavit that the cell phone data provided by prosecutors does not contain the original database from the phone.

“Access to the underlying databases is necessary to perform a proper analysis, including whether messages may have been deleted or to attempt recovery of deleted data,” Shanmugam wrote. “In order to conduct a complete analysis of the phone and to recover and identify deleted messages, we would need to make a proper forensic image or extraction of the phone itself from which we could run our tools and conduct our own analysis.”

Spacey’s lawyer has claimed that the alleged victim erased evidence; he wants the case dropped.

Spacey was charged last December for allegedly sexually assaulting an 18-year-old bus boy at The Club Car in Nantucket, Massachusetts in July 2016. The prosecutors allege that Spacey got the boy drunk and fondled him under his pants without consent. The alleged victim told investigators he texted his girlfriend what the actor did to him and then snapchatted video proof to her, according to the incident report.

The girlfriend said she could only see a hand touching the front of her boyfriend’s pants in the snapchat video. The boy’s sister also claimed that she woke up on the morning of July 8 to find her brother visibly distraught. Her brother said to her that Spacey assaulted him. Spacey pleaded not guilty back in January.

The day after prosecutors announced charges of indecent assault and battery against Spacey, the actor posted a video of himself apparently as his House of Cards character Frank Underwood and proclaiming that he is not done.

Let Me Be Frank https://t.co/OzVGsX6Xbz

“Of course, some, believed everything and have just been waiting with bated breath to hear me confess it all. They are just dying to declare that everything said is true and I got what I deserved,” Spacey said in the video. Spacey went on to add that “you wouldn’t believe the worst without evidence, would you? You wouldn’t rush to judgments without facts, would you?”

Spacey was fired from House of Cards in 2017 after several men accused him of sexual misconduct. Actor Anthony Rapp was the first to step forward and wrote that a then-26-year-old Spacey made a sexual advance when he was 14-years-old. Spacey wrote that he did not remember the alleged incident.