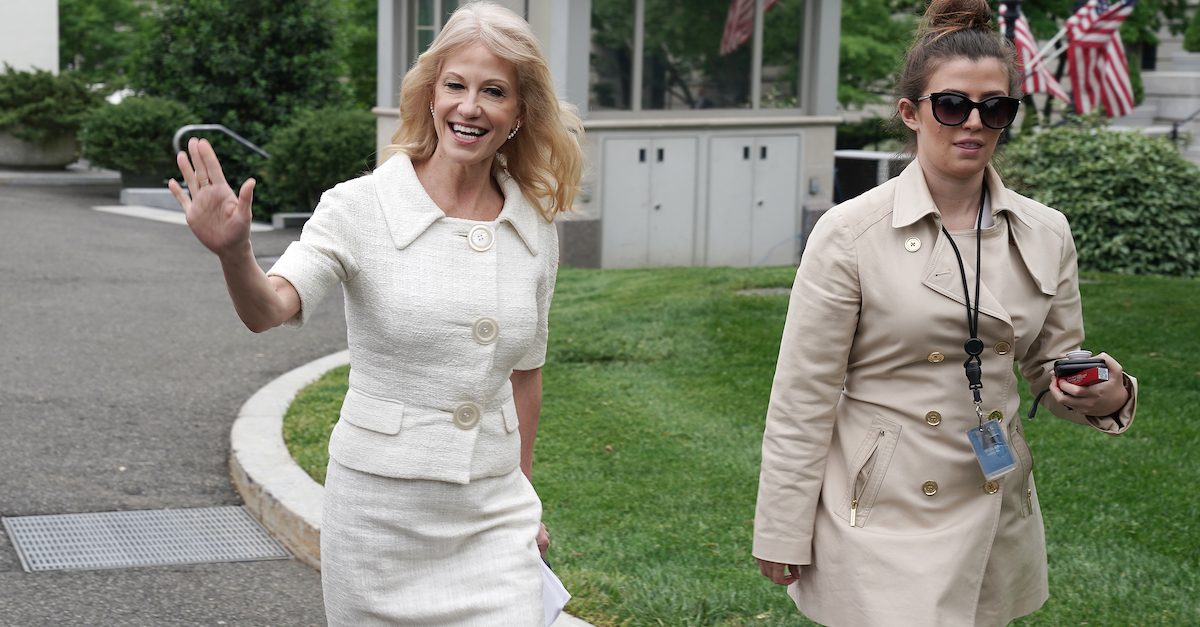 Citizens for Responsibility and Ethics in Washington (CREW) has once again filed a Hatch Act complaint against White House counselor Kellyanne Conway at the Office of the Special Counsel (not to be confused with the Special Counsel’s Office).

As recently as last month, Conway made an appearance on CNN. The CNN interview took place on April 27, 2019. CNN Host Michael Smerconish would later say on his SiriusXM radio program that he was thinking the whole time during the interview that Conway’s comments about Joe Biden could be a “Hatch Act issue.”

“I found this really interesting. Now she pivots to Vice President Biden. I had been told that you really can’t address particular Democratic candidates with Kellyanne Conway because there will be a Hatch Act issue. She’s on the payroll of the White House; she can’t be partisan in her comments,” he said. “I understand that. I remember it from my days of serving in the Bush, meaning 41, administration. While I held a federal job, I couldn’t be involved in partisan politics. So I was a little taken aback when now she pivots and wants to talk about Biden and talk about how gloomy and creepy and dark she found his message to be.”

The comments were made in the context of Conway criticizing Joe Biden’s upcoming presidential campaign.

You want to revisit this the way Joe Biden wants to revisit [this], respectfully, because he doesn’t want to be held to account for his record or lack thereof. And I found his announcement video to be unfortunate—certainly a missed opportunity, but also just very dark and spooky in that it’s taking us—he doesn’t have a vision for the future. He doesn’t mention President Obama, the popular president he served for eight years in his video who has refused to endorse him. He doesn’t lay out a vision for the future.

CREW went on to accuse Conway of violating the Hatch Act in three other TV interviews. They pointed to 5 U.S.C. §§ 7321-26, which states that executive branch employees are prohibited from “us[ing] his official authority or influence for the purpose of interfering with or affecting the result of an election. Using official authority means “[u]sing his or her official title while participating in political activity.”

Note that it is not a jailable offense.

“By using her official title, position, and authority to express political views about candidates in partisan elections during interviews about official government business, Ms. Conway ran afoul of the statute,” CREW said. “These violations are even more egregious given the guidance provided by OSC and the White House in March 2018, previous Hatch Act guidance provided specifically to Ms. Conway, and her two prior Hatch Act violations in 2017.”

“The four interviews described in this complaint are examples of Ms. Conway’s impermissible mixing of official government business with political views about candidates in partisan elections, but they are by no means exhaustive,” they concluded. “In short, Ms. Conway is a repeat offender and it seems clear that neither prior guidance by the White House Counsel’s office nor prior admonition by OSC have deterred her from breaking the law.”