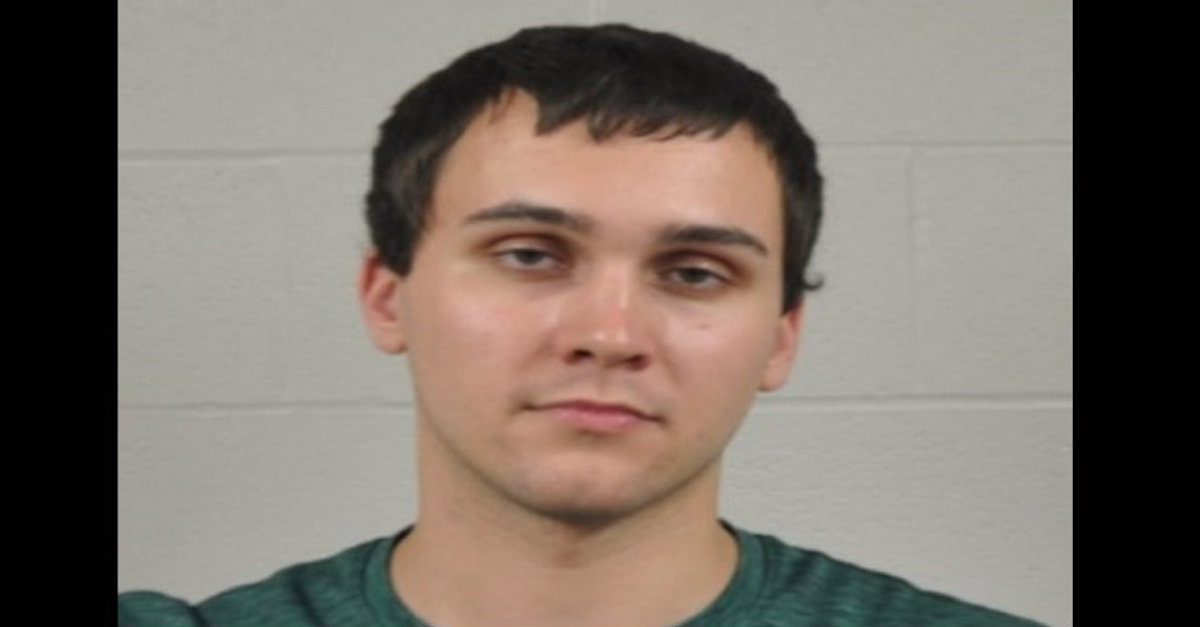 A judge has ruled that racist memes found on Sean Urbanski‘s cell phone will be admissible evidence in the defendant’s upcoming murder and hate crime trial in Maryland. Circuit Court Judge Lawrence Hill Jr. called the memes “stupid.” He said that Urbanski has the right to a fair trial, but that “it’s a matter for the jury to determine” if the meme evidence goes to Urbanski’s intent.

Judge Lawrence Hill shot down all three motions from Sean Urbanski’s lawyers this afternoon. The ruling means Urbanski’s hate crime charge will remain, the trial will not be split in two and the “highly inflammatory” evidence from his cell phone is admissible in court.

Urbanski, who allegedly participated in a Facebook group called “Alt-Reich: Nation,” is charged with first-degree murder for allegedly killing 2nd Army Lt. Richard Collins III in a May 2017 stabbing on the University of Maryland’s College Park campus. Police said they found approximately a dozen racist memes on Urbanski’s phone; prosecutors believe this is important evidence to show that Urbanski stabbed Collins because he was black.

HONORING A LIFE LOST TOO SOON: The parents of 2nd Lt. Richard Collins III are creating a scholarship fund in his name for ROTC students at HBCUs. Collins was just days away from graduating Bowie State when he was stabbed to death by a stranger in a suspected hate crime #NBC4DC pic.twitter.com/HBl454bmBS

Urbanski’s attorneys, John McKenna and William Brennan, argued that the memes should not be allowed as evidence because they were unrelated to Collins’ death. “General evidence of the defendant’s racial beliefs are not admissible,” McKenna said. “The offensive memes are not connected to the victim.”

Prosecutor Jonathan Church argued in court that Urbanski walked by a white man and an Asian woman so that he could walk “up to the only black guy” to stab him in the chest. Prosecutor Jason Abbott said that you could not separate the motive from the crime itself: “The murder was the hate crime, and the hate crime was the murder.”

The charging documents against Urbanski said that he told the three friends to “step left, if you know what’s best for you.” Brennan argued that Collins was stabbed not because he was black but because “the only person who said anything was Mr. Collins, who said ‘no.'”

The FBI decided in March that they did not find sufficient evidence to charge Urbanski for a federal hate crime. Abbott said that “the FBI investigation has no bearing on the state’s ability to go forward.”

Urbanski was arrested in May 2017 after witnesses positively identified him as the man who stabbed Collins. If convicted of murder, Urbanski faces life in prison with no possibility of parole; if convicted on the hate crime charge, he faces an additional 20 years. His trial is scheduled to start on July 22.

[Image via University of Maryland Police]