Judge Resigns After Being Accused of Shoving One Prosecutor, Calling Another ‘Anti-Semitic’ for Refusing to Cut Husband’s Associate a Plea Deal 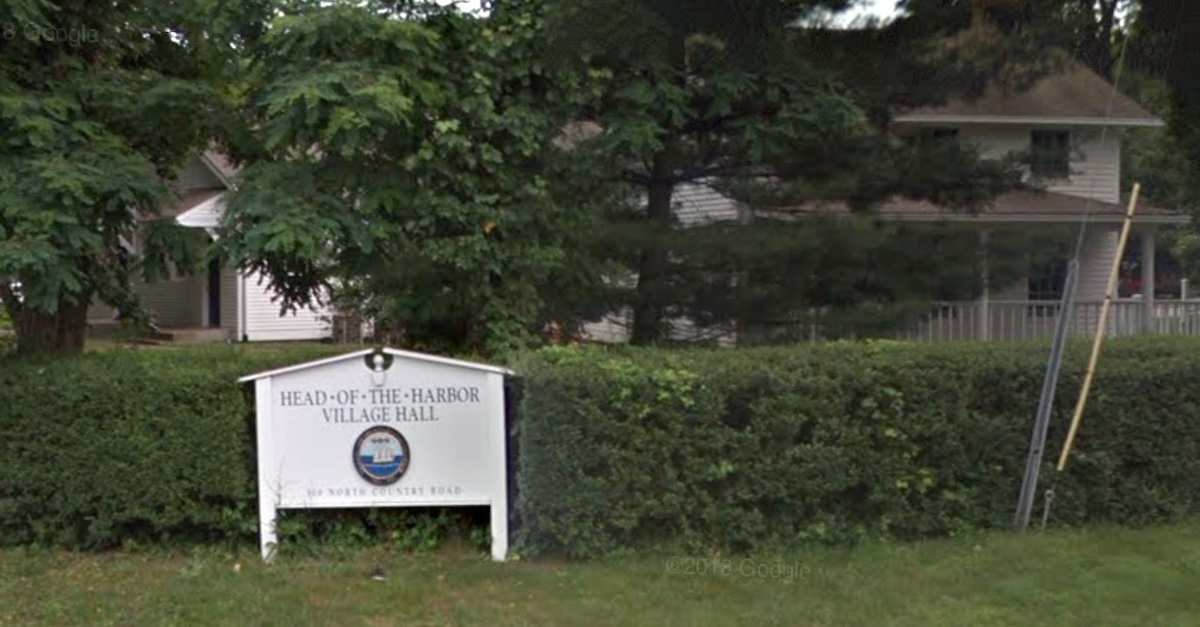 Head of the Harbor Village Court is contained within the municipality’s village hall.

A Long Island village judge resigned in May while being investigated on misconduct allegations that included shoving a Suffolk County assistant district attorney (ADA) and calling a different ADA “anti-Semitic” for not giving her husband’s associate a lenient plea deal in a vehicle and traffic case, the New York State Commission on Judicial Conduct announced in a Thursday press release.

According to the release, former Head of the Harbor Village Justice Ellen D. Fishkin, who first took office in 1996, was under investigation when she resigned May 6.  She signed a stipulation agreeing to “never seek or accept” another judicial office at any time in the future, the release says.

In addition to the misconduct concerning the two ADAs, Fishkin was also being investigated for turning the court’s recording equipment on and off in the middle of proceedings, presiding over and accepting pleas in traffic court without an ADA present, locking the court while she was away to prevent others from presiding over matters when she wasn’t there, and exhibiting an “inappropriate demeanor” in dealings with prosecutors, litigants, and attorneys.

“The allegations against Judge Fishkin were multiple and serious,” Commission Administrator Robert Tembeckjian said in Thursday’s press release. “Under the circumstances, Judge Fishkin’s departure from office is appropriate.”

The Stipulation signed by Fishkin further stated that the Office of Court Administration notified the Commission of her resignation on May 11, the same day the Commission informed Fishkin that she was being investigated in a new matter concerning an audit of the court’s finances performed by the Office of the State Comptroller.

Under the terms of the stipulation, should Fishkin ever hold any judicial period at any time in the future, the investigation into the misconduct complaints against her would be revived, she would be served with a formal complaint, and the matter would proceed to a hearing.

Newsday in April reported that the “findings of an audit of the Head of the Harbor Village Justice Court were referred to the Suffolk County District Attorney’s Office” when investigators found that financial records had disappeared.

According to the report, in 2016 and 2017, a former part-time clerk was charged with performing all the court’s financial duties. During that time the court failed to retain any “deposit slips, credit card settlement reports, or bank reconciliations.”

“The clerk did not work sufficient hours to properly conduct the administrative and financial business of the court,” and the presiding court justice “did not provide adequate oversight,” the newspaper stated, citing to the auditors’ report.

Fishkin’s term would have expired on April 3, 2023, had she remained in office.

Read the relevant document file below.