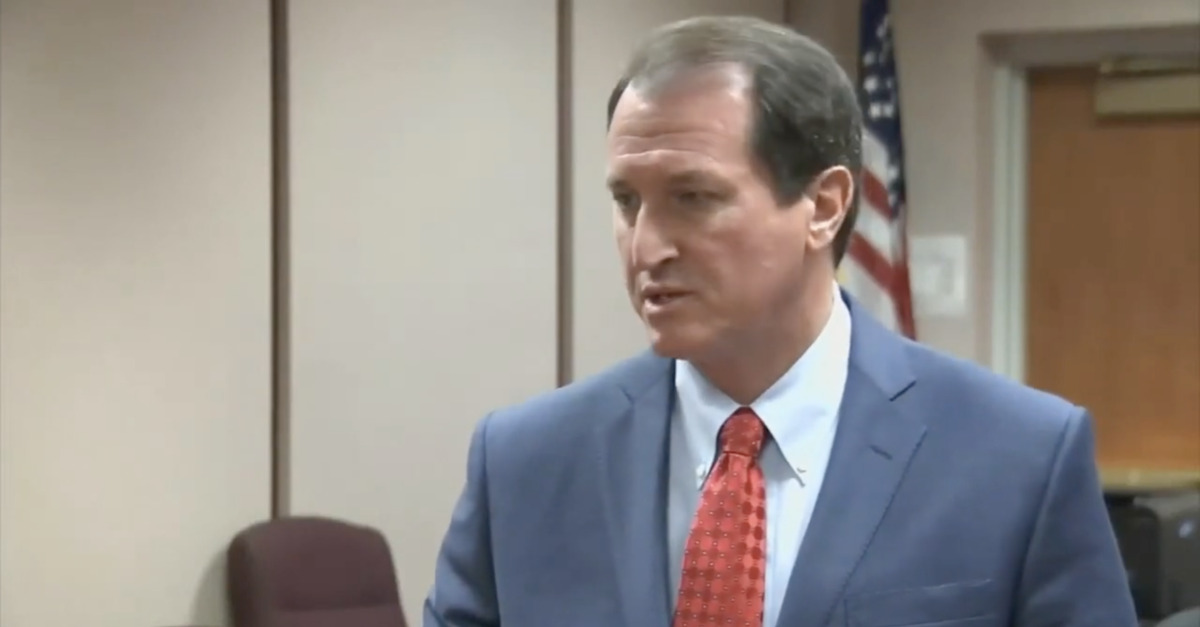 An elected district attorney was ousted by a judge in North Carolina on Tuesday for making “false representations” to the court in a probe which aimed to determine whether he refused to prosecute several crimes, including an alleged child sex assault. Superior Court Judge Robert C. Ervin permanently removed GOP District Attorney Greg Newman, who had previously overseen criminal cases in three Tarheel State counties since being appointed to serve in 2013: Henderson, Transylvania and Polk.

“It is paramount that the office of district attorney be held in a manner that exemplifies fairness and equal justice under the law,” Judge Ervin wrote in an April 27 order. “Newman, as district attorney, has on four separate occasions made false representations to the trial court or the State Bar. Sheriff [Lowell] Griffin admitted that if a law enforcement officer lied to the court, his career would be over. It is difficult to see why Newman, pursuant to N.C. Gen. Stat. 7A-66 and the facts of this case, should be held to a lower standard.”

“Conduct prejudicial to the administration of justice,” Ervin continued, includes “conduct which a judge undertakes in good faith but which nevertheless would appear to an objective observer to be not only unjudicial conduct but conduct prejudicial to public esteem for the judicial office.”

The decision to depose Newman was prompted by a grassroots coalition of victims of alleged crimes and their families who say the now-former DA mishandled their cases and failed to prosecute numerous alleged offenders.

According to the Citizen Times, the coalition led by Peggy McDowell filed a petition using a procedure outlined in a relatively obscure North Carolina state law without the help of an attorney and set Newman’s unceremonious departure in motion in early February.

In late March, Ervin determined there was probable cause to conduct a public hearing on the grounds that Newman had committed “willful misconduct in office” and “conduct prejudicial to the administration of justice, which brings the office into disrepute.”

That hearing was held in early April over the course of three days. It included reference to January findings from the North Carolina State Bar’s Disciplinary Hearing Committee which in turn determined the DA made false statements to a judge and a victim and violated both the North Carolina Crime Victims’ Rights Act and the Rules of Professional Conduct. For those offenses, he was suspended from practicing law for three years — though the punishment was ultimately stayed.

During his testimony before the court, Newman said: “I would do it the same way again.”

In turn, Judge Ervin determined there was “probable cause for believing that charges allege in the state bar proceedings may be true.”

Aside from his alleged failure to prosecute a child rape case, the charges leveled against Newman in the bar hearings and in the subsequent case for his removal — which had additional complaints — include an allegation that he engaged in a conflict of interest by striking the guilty plea of a criminal defendant he previously represented while in private practice. He was also accused of engaging in a “vindictive” murder prosecution that was ultimately thrown out by the North Carolina Court of Appeals.

Newman was further accused of vindictively charging McDowell’s daughter with felony child abduction after she absconded to Canada in order to protect her child from sexual assault allegedly perpetrated by her child’s father.

Joanne McDowell is a former law student at the University of North Carolina.

One complainant, Grace Pryor, said Newman refused to prosecute two men who she says sexually assaulted her. Rather, she said Newman blamed her for what she was wearing, according to an account in the Citizen Times.

One of Newman’s defense attorneys touted his accomplishments in office and would only say that “Mr. Newman has always had great respect for the judicial system of North Carolina” when pressed for a direct response to Newman’s ouster. The Associated Press reported that a Newman attorney noted their client can appeal. It’s not clear at this time if that will occur.

Read the judge’s order and other documentation on disciplinary proceedings below.