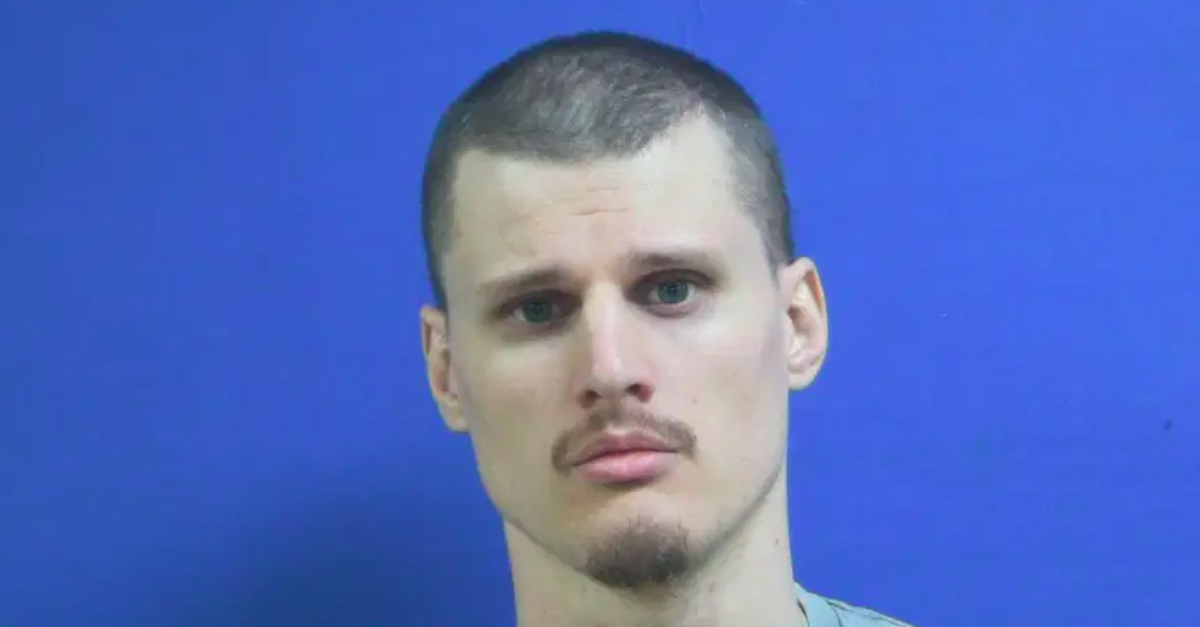 A Tennessee man described by his attorneys as mentally disabled spent nearly two weeks in jail for posting a fake photograph on social media two men urinating on the grave of a police officer killed while on duty in 2018. Now, he is suing the city and law enforcement officials involved in his arrest, saying they knew all along that crude, tasteless, or even offensive criticism of police is not a crime.

As previously reported by Law&Crime, Joshua Garton in January posted a mosaic featuring the cover of “Pissing on Your Grave,” a 2009 album from the hardcore band The Rites. Crudely superimposing the fallen officer’s headshot on the desecrated gravestone, Garton posted his creation on Facebook with the caption, “Just showing my respect to Deputy Daniel Baker from the #dicksonpolicedepartment.”  A joint task force comprised of officers from the Tennessee Bureau of Investigation (TBI) and Dickson Police Department launched an investigation into the meme, despite the underlying conduct being clearly protected by the First Amendment.

The newly assembled meme task force quickly fingered Garton, who was arrested on harassment charges and held in jail for ten days on $76,000 bond. During his preliminary hearing in February, Dickson County Judge Craig Monsue dismissed the case, noting that victims of harassment have to show there was a “threat of harm” which was absent in Garton’s case.

“[T]he Court cannot find that there’s probable cause to believe that the posting of this photograph constitutes a threat of harm to [Daniel Baker’s wife] Lisa Baker, but is instead, a denigration of Sergeant Baker’s memory,” Monsue said. “Therefore respectfully, the Court dismisses this count.”

Garton, who was left homeless due to his allegedly unlawful incarceration, then filed a lawsuit in the U.S. District Court for the Middle District of Tennessee claiming that multiple government officials conspired to violate his constitutional rights to retaliate against his protected speech. The suit was filed against the City of Dickson, District Attorney General Ray Crouch, Dickson Police Captain Donald Arnold, TBI Director David Rausch, Deputy TBI Director Bradley Nealon, TBI Assistant Director of Criminal Investigations Joshua Melton, and TBI agents Russel Winkler, Joseph Craig, and Andrew Vallee, all of whom were named in their individual capacity, not in their capacity as government officials.

“The Defendants — one of whom is an attorney who wields extraordinary prosecutorial authority — neither care about nor feel constrained by clearly established First Amendment law. Indeed, the Defendants’ internal correspondence reflects that they abhor the rights that the First Amendment guarantees individuals like the Plaintiff,” the complaint stated.

Text messages obtained by Garton’s attorney Daniel A. Horwitz through a public records request appear to support this theory, as they show one of the defendants telling Captain Arnold that “we violated [Garton’s] 1st amendment rights.”

“He has the right to post. That doesn’t mean there are no consequences,” Arnold replied.

In a statement released concurrent with the lawsuit, Horwitz promised that there will indeed be consequences for what happened to his client.

“There are actual consequences for flagrantly violating the First Amendment,” Horwitz said, calling several of the defendants “constitutionally illiterate.”

The complaint additionally alleges that Crouch engaged in a “systematic abuse of prosecutorial discretion” by “directing law enforcement to investigate, retaliate against, arrest, and charge Mr. Garton” because he was offended that Garton’s meme was disrespectful to the police.

Such systemic abuse and callous disregard for civil rights is alleged to have driven the entire probe of Garton.

In fact, after receiving an overwhelming number of emails from journalists regarding civil rights attorneys’ reactions to Garton’s arrest, Director Rausch compared TBI’s critics to the insurrectionists who stormed the Capitol on Jan. 6.

“The trolls will do what trolls do. It appears they and the lawyers forget that there are surviving family members who have rights as well,” Rausch wrote in a text message included in the complaint. “My assessment is these are the same folks who called the insurrection at the Capitol free speech.”

Horowitz also called for the resignation of those who led the investigation into Garton.

“If they had any dignity or respect for the people that they are supposed to serve, District Attorney Ray Crouch, TBI Director David Rausch, and all of the agents who participated in this despicable and unconstitutional malicious prosecution would resign,” Horowitz said. “Law enforcement officials should uphold the law, rather than violate it.”

Garton asked the court to issue an injunction directing the defendants to cease any existing or future investigation of Garton’s social media post and an award of damages no less than $1 million.

In an email to Law&Crime, TBI Spokesperson Josh DeVine said it would be “inappropriate for us to comment on any pending litigation.”

DA Crouch’s office did not return a request for comment.