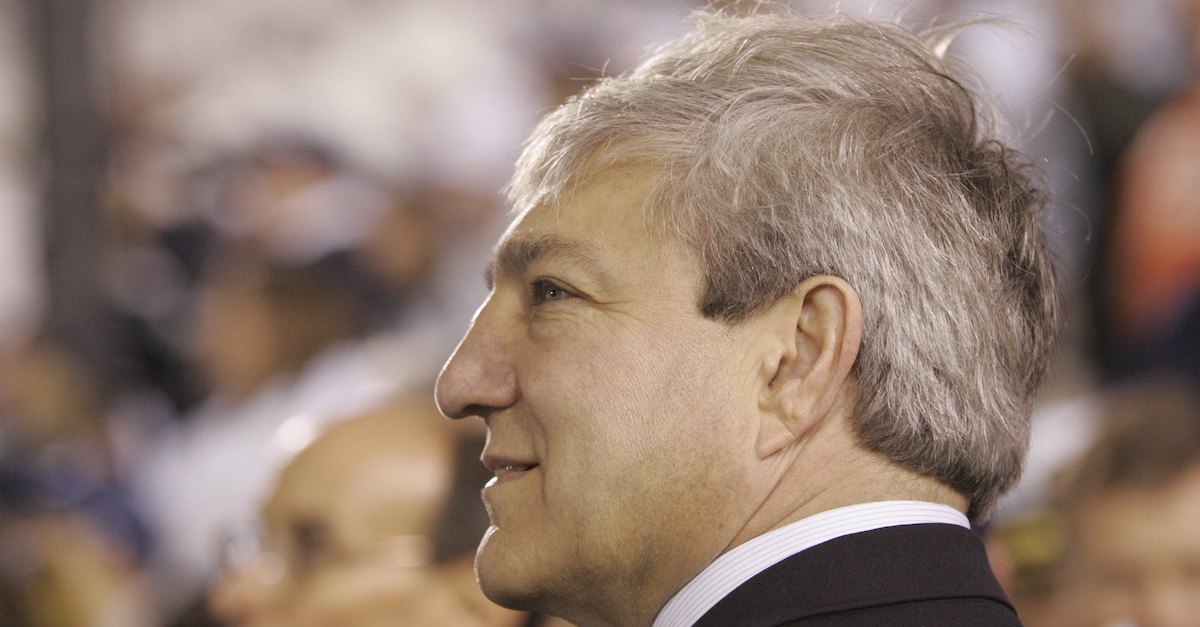 After an appeals court reinstated his conviction late last year in the Jerry Sandusky scandal, a judge ordered ex-Penn State president Graham Spanier, 72, to report to prison for at least two months this summer. Some four years after a Pennsylvania jury convicted him of child endangerment, Spanier will briefly lose his freedom shortly on July 9, a little less than a week after Independence Day.

Spanier will serve two months of house arrest and electronic monitoring after that, the Associated Press reported.

“Today marks the end of a long road towards justice for the children endangered by Mr. Spanier’s inaction—choosing to cover up the abuse at the hands of Jerry Sandusky rather than reporting it to law enforcement,” Pennsylvania Attorney General Josh Shapiro (D) wrote in a statement.

Spanier’s lawyer Bruce Merenstein did not respond to an email requesting comment.

At the the time of Spanier’s conviction in 2017, courts had not yet resolved a controversy about the application of a statute that the state’s legislature amended. The child engagement law had been changed after the conduct at issue in the trial, but a three-judge panel ruled late last year that both iterations of the law sought to punish the crime of Spanier’s conviction.

“Such statutes ‘are written expansively by the legislature to cover a broad range of conduct in order to safeguard the welfare and security of our children,’” U.S. Circuit Judge D. Michael Fisher wrote in a unanimous ruling on Dec. 1. “Therefore, ‘[t]he common sense of the community, as well as the sense of decency, propriety and the morality which most people entertain is sufficient to apply the statute to each particular case, and to individuate what particular conduct is rendered criminal by it.”

Sandusky, the former Penn State assistant coach at the center of the scandal, was sentenced to 30 to 60 years in prison eight years ago on 45 courts related to his sexually abusing 10 boys.

At Spanier’s trial, a prosecutor told a jury that he and his accused co-conspirators were responsible for the abused children’s welfare.

Roughly two years after his conviction, Spanier had open-heart surgery, and he now reportedly suffers from advanced prostate cancer.

According to an Associated Press report of his sentencing hearing, Spanier lawyer Sam Silver called prosecutors “blind to reality and callous” for seeking his confinement.

Judge John Boccabella reportedly said of Spanier: “He made a mistake and he’s going to pay for his mistake, but I don’t consider him to be a danger to society as I would a criminal.”

But Boccabella also found that the fully vaccinated Spanier’s fears of contracting COVID-19 behind bars were overstated, given the current state of the pandemic.

“Fortunately, things are not as dire as they were a year ago,” Boccabella said, according to the newswire.

Spanier continues to have his defenders, such as John Ziegler, a columnist from Law&Crime’s sister site Mediaite, who has been arguing that the ex-Penn State president is innocent since the time of his conviction.

“As expected, the judge just sent a dying man to jail for two months for something he didn’t do, on a misdemeanor which didn’t even exist when it supposedly happened,” wrote Ziegler, whose podcast “With the Benefit of Hindsight” provides a dissenting history of the Sandusky saga. “This is outrageous as it gets.”

“No one is above the law, and my office will continue to pursue anyone who looks the other way in the face of child sexual abuse,” the attorney general wrote. “There are consequences for failing to protect children in Pennsylvania.”