‘Count My Wife and I in’: Feds Charge Guy in Mike Cernovich’s Twitter Replies for Participating in Jan. 6 Capitol Siege 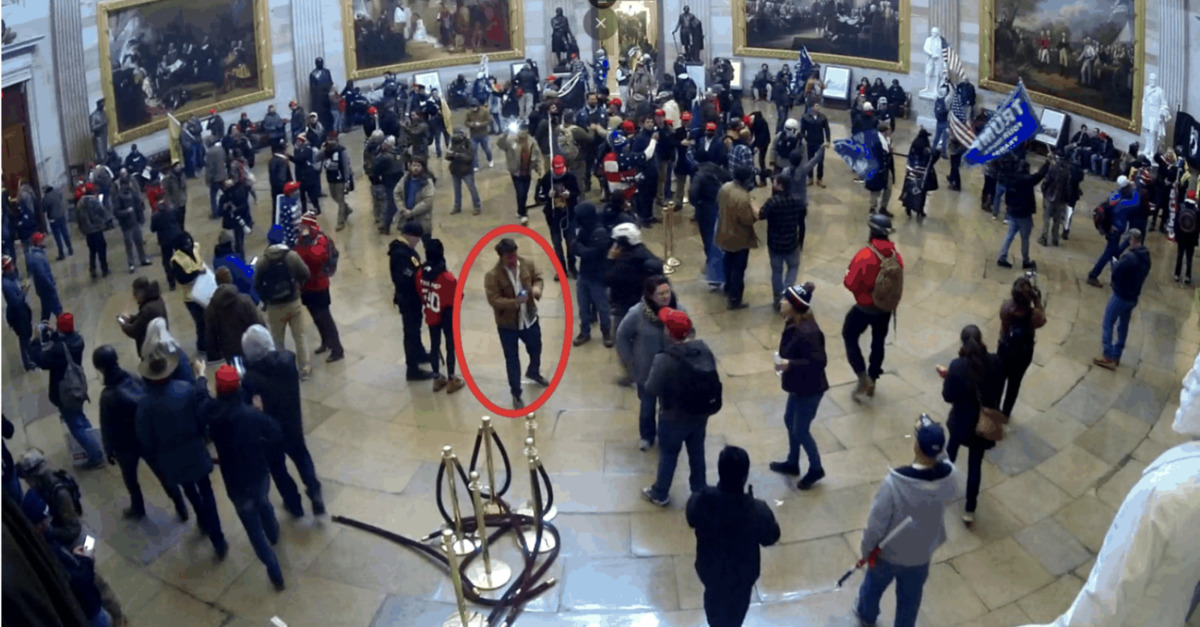 A Texas man arrested in connection with the Jan. 6 attack on the U.S. Capitol Complex appears to have interacted with conservative commentator Mike Cernovich about his plans to travel to Washington, D.C. just days after then-President Donald Trump tweeted “Statistically impossible to have lost the 2020 Election. Big protest in D.C. on January 6th. Be there, will be wild!”

Adam Mark Weibling, 38, was arrested by federal agents on Monday after a series of tips were provided to the FBI about his alleged participation in the pro-Trump efforts to storm the national legislative seat of government and stop the counting of Electoral College votes.

According to an affidavit in support of a criminal complaint and arrest warrant obtained by HuffPost journalist Ryan J. Reilly, the first tips came in late January after “videos uploaded to YouTube” by The New Yorker appeared to show Weibling “pushing past the Capitol Police and entering the U.S. Capitol on January 6, 2021.”

A second tipster allegedly verified the footage of Weibling on the exact same day and also told the FBI that the suspect and his wife had traveled to the District of Columbia earlier this year.

“[T]he subject identified as Weibling appeared in the video from roughly the 2 min and 58 second mark through the 3 minute and 10 second mark,” the court document authored by FBI Task Force Officer Clay Zotz alleges. “The subject wore a white collared shirt with a brown suede jacket. The subject was approximately 5’7” and 170 pounds. Your affiant observed that the subject believed to be Weibling bore a striking similarity to the known image of Weibling.”

The months-long investigation was focused on the defendant’s social media profiles, including Facebook and Twitter, authorities claim.

“Weibling was an active participant on [Twitter], generally replying to other users or retweeting – otherwise described as sharing other users posts on their page that can be viewed by the sharing party’s followers – on a frequent basis,” the affidavit notes. “Weibling used the Twitter account handle @AdamWeibling. Analysis of Weibling’s tweets between the aforementioned periods indicated Weibling’s skepticism in the results of the election, discontent with Congress, and intentional to travel to Washington, D.C. to participate in the January 6, 2021 pro-Trump protest.”

The government specifically references the account associated with Weibling’s own interactions with one of Cernovich’s tweets on Dec. 23, four days after Trump’s “Be there, will be wild!” tweet. An independent review of tweets from that account by Law&Crime and the HuffPost confirm the tweets and replies that the FBI referenced.

The account tweeted something similar in response to a tweet by another user about “Stop the Steal.”

In the criminal complaint, Weibling is charged with knowingly entering or remaining in any restricted building or grounds without lawful authority (18 U.S.C. §1752) and violent entry and disorderly conduct on capitol grounds (40 U.S.C. §5104).

The substance of those charges is as follows:

Footage of U.S. Capitol building surveillance cameras from January 6, 2021, viewed by your affiant shows that at approximately 2:39 pm EST, the subject identified as WEIBLING engaged with an USCP officer to force entry into the building. Once WEIBLING breached the Capitol, he struggled with the officer for approximately 90 seconds before wandering into the Rotunda at around 2:42 p.m. EST. The subject, WEIBLING, appeared disheveled from the encounter throughout the rest of the footage, often placing his hand on head as if checking for a wound.

If convicted, Weibling faces a maximum sentence of 1.5 years in prison.