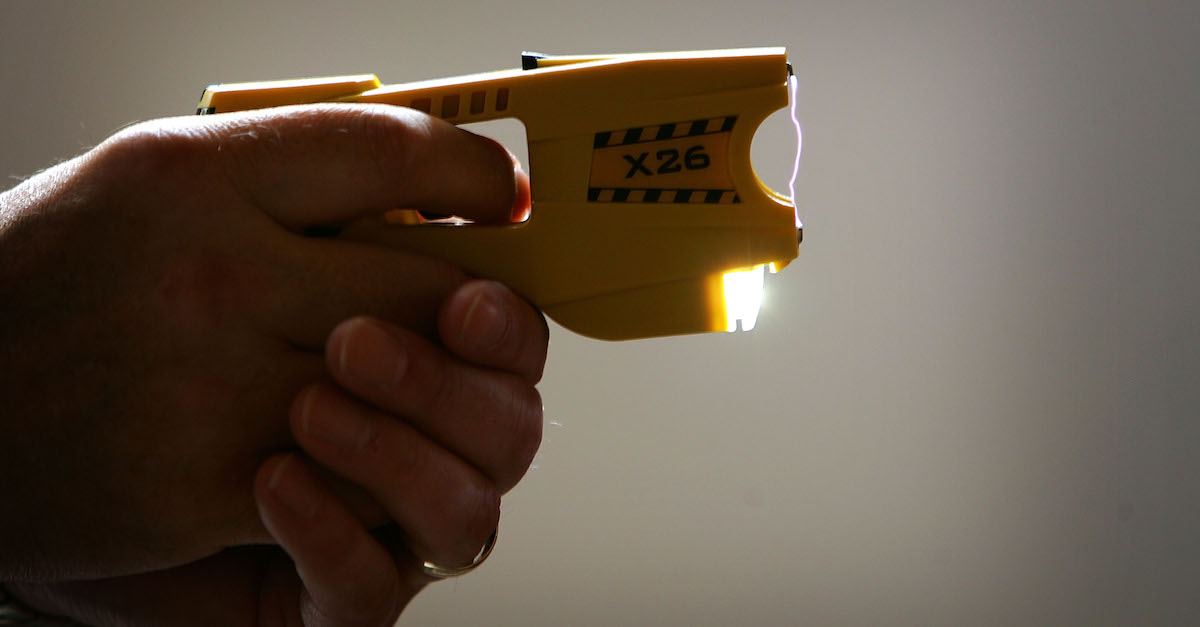 The United States Court of Appeals for the Sixth Circuit deemed on Friday that a police officer who tasered an Ohio man while “on his knees with his hands in the air”–after the man’s car was falsely reported stolen–acted in an “objectively reasonable” manner, given the situation. According to the Court, the man, Ty Shanaberg, was acting “verbally belligerent”; what’s more, the person officers were looking for was considered “armed and dangerous.”

On January 2, 2015, Police officers received a report of a drunk driver and were given a license plate number. When they ran the plate, the name Brandon Scott Powell, a man allegedly considered armed and dangerous, came up. Deputies found the car on a dirt road with the Shanaberg standing outside of it, according to the Court.

When they arrived, the officers, including deputy Brian Stetson, told the driver to lie on the ground. Shanaberg yelled back and said he did nothing wrong, allegedly refusing to comply. They went back and forth “nine times in total.” Officers also told Shanaberg that they would tase him if he didn’t get on the ground. Following Shanaberg’s refusal, Stetson tased him. Shanaberg later sued Stetson and Licking County for excessive force, a case which Stetson won and Shanaberg appealed in 2018.

In the opinion released on Friday, the Court discussed the factors they examined to arrive at the decision that Stetson’s actions were “objectively reasonable” and that he was entitled to qualified immunity:

The overarching determination we make is whether the ‘totality of the circumstances’ justified the degree of force an officer used. To make that decision, we examine three factors: the severity of the crime at issue; whether the suspect posed an immediate threat to the officers or others; and whether the suspect actively resisted arrest or attempted to evade it.

In this case, the second factor was the one the judges based their decision on, saying “Stetson reasonably feared that Shanaberg was armed and intoxicated.” The opinion also said the man refused to “comply with their reasonable request that he lie down on the ground.”

The Court went on to say that “a reasonable officer in Stetson’s position would have feared that Shanaberg might react to any attempt to detain him by drawing a weapon or reaching for one.”

Judge Nalbandian, for his part, said that “a failure to comply with repeated commands to lie face-down on the ground—coupled with verbal noncompliance—does not automatically justify the use of a taser.” From Nalbandian’s point of view, there is no clearly established “level of ‘verbal belligerence’ could justify the use of a taser.” Nonetheless, Nalbandian said Shanaberg “was a ‘verbally hostile’ suspect who the officers considered “armed and dangerous.” Insofar this case “check[ed] both boxes,” Nalbandian justified Stetson’s use of force.

“Even though I don’t believe that Shanaberg’s verbal-noncompliance rose to level that justified the use of a taser, Stetson is still entitled to qualified immunity,” his concurrence in the judgement concluded.