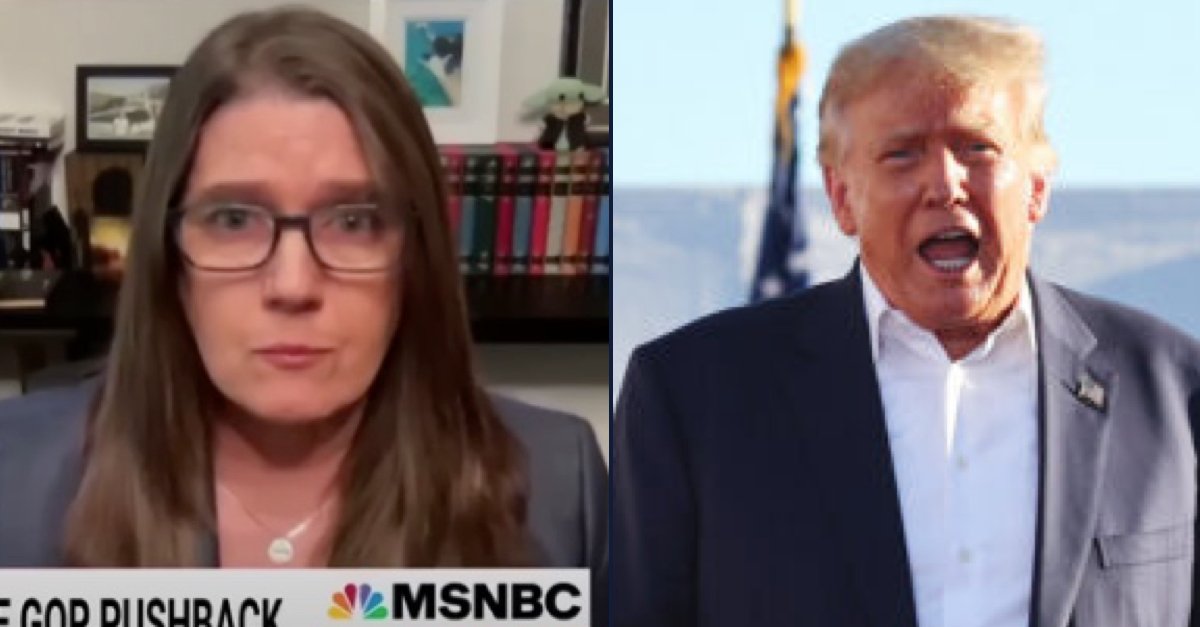 Donald Trump’s niece Mary L. Trump has lost her lawsuit against the former president and two of his siblings over claims that they defrauded her out of millions in connection with property that she had inherited from her father. The judge, noting the family relationship “was not one of unquestioning trust,” suggested that she should have taken more steps to prevent against possible misrepresentation from her older family members.

On Monday, Justice Robert R. Reed dismissed Mary Trump’s case against her uncle, the former president; her aunt, the ex-federal judge Maryanne Trump Barry; and her other, late uncle Robert S. Trump, who died in August 2020.

Reed said that Mary Trump had released the defendants from all claims stemming from her decision to give up her property interests, as well as her interest in a trust created by family patriarch Fred C. Trump, Sr., when she signed a settlement agreement in a breach of contract case against them in 2001.

Mary Trump had sued her aunt and uncles in 2020, alleging that they had defrauded her out of millions of dollars that had been part of her inheritance from her father, Fred C. Trump, Jr., who died in 1981. She alleged that in the 1980s and 1990s, as her grandfather Fred Trump, Sr., suffered from dementia, her father’s brothers and sister made moves to take over the elder Trump’s businesses — including her minority interests that she had inherited from her father.

As part of that inheritance, Mary Trump became the owner of more than 70 acres of land in New York City that contained more than 50 buildings and a shopping center, as well as interest buildings that held hundreds of apartments in the city and part of a 153-acre development. She also became the beneficiary of a trust that Fred C. Trump, Sr., had established in in 1976.

Mary Trump alleged that over the course of about 20 years, her uncles and aunt worked to siphon away her interests in those entities. The defendants concealed these efforts as legitimate business transactions, Mary Trump said, and at time pressured her into giving up her interests. Mary Trump also accused her uncles and aunts of retaliation: when she resisted their demands to give up her inherited interests, she says, they cut her and her brother off from health insurance that had been provided through Trump Management, denying crucial care to her then-infant nephew, who had been diagnosed with cerebral palsy.

A breach of contract lawsuit followed, and Mary Trump ultimately agreed to give up her inheritance interests as part of a 2001 settlement that also released the defendants from future litigation over those interests and the will of Fred Trump, Sr.

According to Mary Trump, she learned from an October 2018 New York Times report that her uncles and aunt had undervalued her property interests in an effort to pay her less money as part of the insurance lawsuit settlement. Two years later, she filed her lawsuit.

The elder Trump siblings, with Robert S. Trump’s estate being represented by an executor, argued that the case should be dismissed due to the fact that Mary Trump had signed the releases relinquishing claims to any potential injury, including fraud. Mary Trump countered that the releases didn’t preclude a fraud claim because they were intended only to resolve the probate proceeding and the health insurance breach of contract lawsuit — not then-unknown fraud claims relating to her business interests.

Mary Trump also said that she was an “unsophisticated party” who was depending on her aunt and uncles — whom she says had threatened to bankrupt her — at a time when she was desperate to find health insurance for her nephew.

Finding that the releases Mary Trump signed in 2001 barred her current claims, Reed ordered the case dismissed on Monday.

The judge also said that Mary Trump’s claim that she relied on her father’s siblings doesn’t justify her current lawsuit, noting that their relationship when she signed the releases in 2001 was “not one of unquestioning trust” and therefore her reliance on their representations “would not have been reasonable.”

The judge also noted that Mary Trump was represented by attorneys throughout the process, and the settlement agreement “did not require defendants to make true and correct representations” to Mary Trump about the value of the properties. Reed added that if Mary Trump didn’t want to give up her right to sue over future-discovered fraud, she could have insisted that the agreements said as much.

Mary Trump’s attorney said that the judge’s ruling is not the end for her client.

“Yesterday’s decision is both incorrect and disappointing, especially since it took more than two years for us to get here,” Roberta Kaplan said in a statement emailed to Law&Crime on Tuesday. “In our view, the court overlooked applicable case law and the well-pleaded allegations in Mary Trump’s complaint. Given the age of the defendants, not to mention the fact that one of them intends to announce today that he is running again for President, we intend to seek an expedited appeal to the appellate division.”

A lawyer for the defendants says an appeal won’t change the outcome of the case.

“Clearly the Court’s decision correctly follows over half a century of well-established case law with regard to a validly executed release,” attorney Jim Kiley, who represents Donald Trump and the estate of Robert S. Trump, said in a statement emailed to Law&Crime. “Mary Trump, with the aid of sophisticated counsel, settled her family grievances over twenty years ago. Despite her thinly veiled attempt to try the case in public and politicize her cause, the Court has followed the sacred tradition of judicial independence and dispensed justice blindly without fear or favor. I am confident the Appellate Division will uphold the Court’s decision on any appeal.”