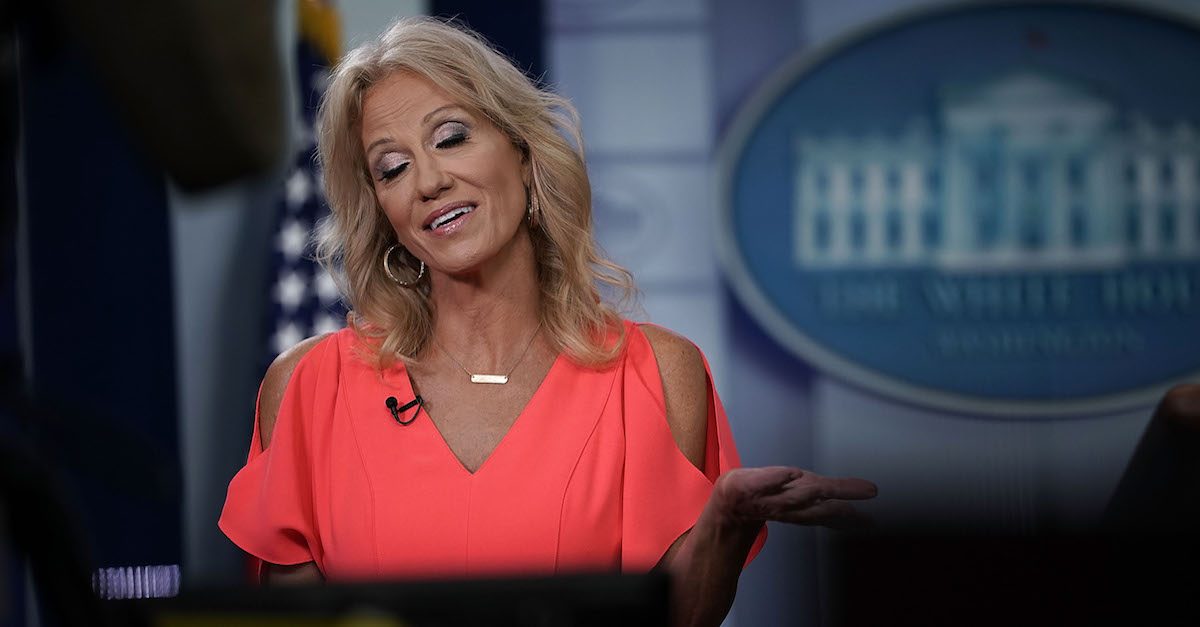 A federal judge on Thursday threw out a lawsuit seeking to force the executive branch to punish senior White House Counselor Kellyanne Conway for repeatedly violating the Hatch Act – a law prohibiting federal employees from engaging in political activity in the execution of their government duties. The court reasoned that the plaintiff in the case, government watchdog organization Citizens for Responsibility and Ethics in Washington (CREW), lacked standing to file the lawsuit.

The controversy stems from several complaints filed by CREW with the U.S. Office of Special Counsel (OSC) accusing Conway of violating the Hatch Act. In each case, the OSC investigated the alleged violations and found that the allegations were meritorious. In June of last year, OSC issued a report dubbing Conway a “repeat offender” who had “shown disregard for the law,” ultimately recommending that she be removed from her position. That report was sent to President Donald Trump who “rejected the agency’s recommendation and imposed no penalty on Conway.”

In its complaint, filed in December 2019, CREW claimed that OSC violated federal law by sending the report to the president, arguing that the Act required OSC to initiate disciplinary hearings in front of the Merit Systems Protection Board (MSPB), an independent quasi-judicial agency authorized to adjudicate Hatch Act complaints and remove offenders.

But in a 23-page opinion penned by Judge James Boasberg of the U.S. District Court for the District of Columbia, the court reasoned that CREW could not satisfy the standing requirements to adjudicate its claim which require plaintiffs to show  (1) injury, (2) causation, and (3) redressability in the controversy before the court. While sympathetic to CREW’s position, Boasberg said the group failed to allege that it was injured by the failure to enforce the Hatch Act.

“At bottom, CREW’s beef is that OSC is flouting the statute by not prosecuting Conway before the MSPB. Even assuming that Defendant should have done so, CREW has no greater stake in the disciplinary proceeding to which Conway ultimately is, or is not, subject than any other member of the public,” Boasberg wrote. “Just because Plaintiff filed the complaint that led to the agency’s finding of Hatch Act violations by Conway does not entitle it, more than any other member of the public, to invoke federal-court jurisdiction to compel OSC to prosecute.”

Though he ultimately dismissed CREW’s complaint, Judge Boasberg also sought to  assuage the group’s frustration with the lack of Hatch Act enforcement.

“While the Court understands Plaintiff’s frustration that Conway is continuing to violate the Hatch Act with seeming impunity, it must hew to its jurisdictional borders,” he wrote.  “Those do not permit its intrusion here.”