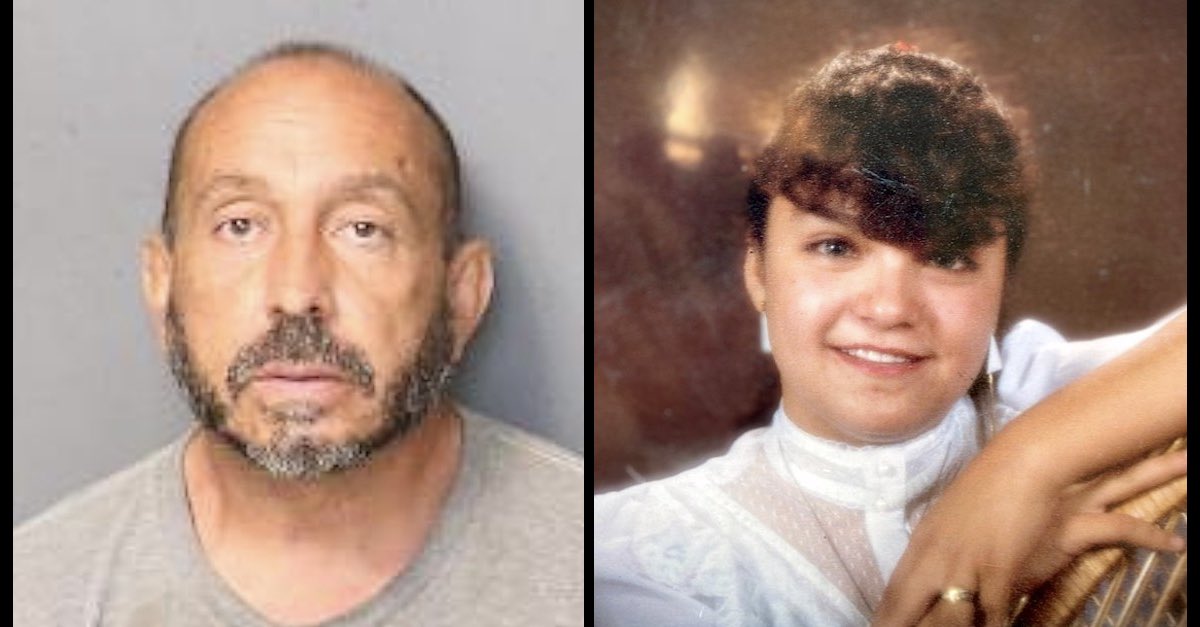 Additional criminal counts are pending against an already convicted felon who authorities recently connected to a group of cold case murders dating back more than thirty years.  Police detectives in Albuquerque, New Mexico announced Friday that they “are preparing to charge” Paul Raymond Apodaca, 53, for the Sept. 9, 1988 shooting death of Stella Gonzales, 13.

The police department said in a news release that Gonzales was walking with a friend at 1:15 in the morning “when the two girls were confronted by someone in a car.”  An occupant inside the vehicle “fired shots” that struck Gonzales; she later died at a hospital.  The incident occurred on Central Ave just east of Tingley Drive in Albuquerque’s southwest side.

Apodaca is a convicted felon with a substantial criminal history, the police pointed out.  (BuzzFeed noted that he once raped a relative so that he could go to prison to ostensibly protect another relative already on the inside.)  The pending charges in Gonzales’s death mean Apodaca is now linked to three separate murders in Albuquerque in a span of just thirteen months.  It was the defendant himself who allegedly helped the police make the connections. 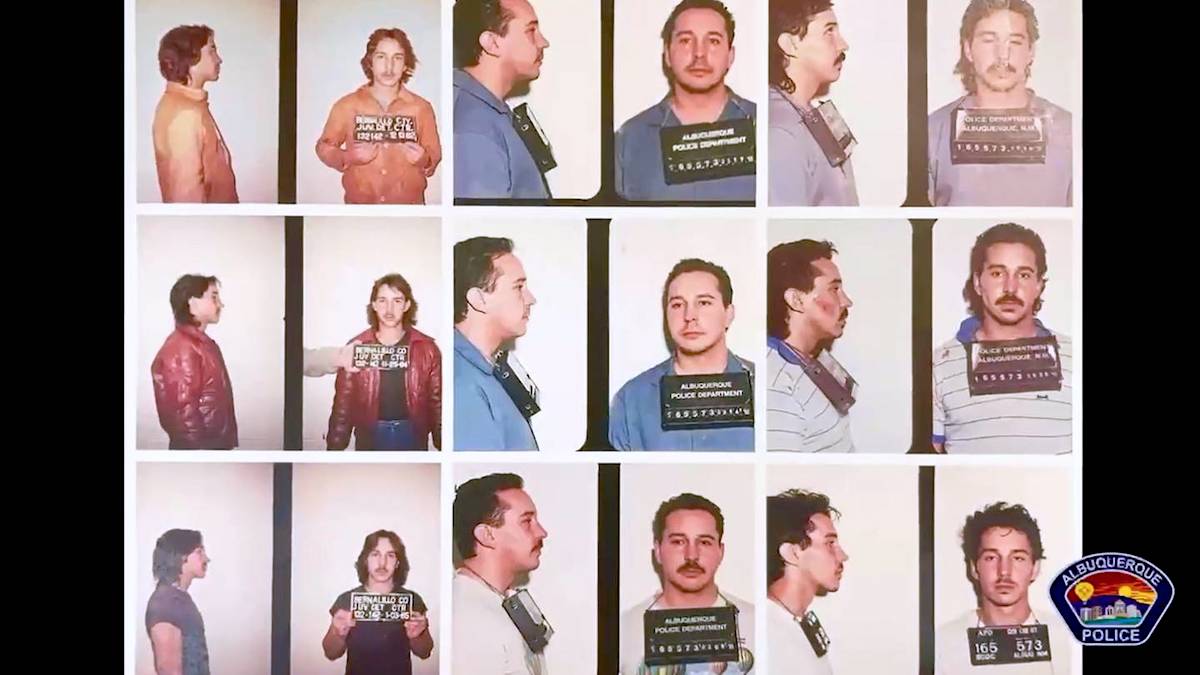 Paul Raymond Apodaca appears in an array of multiple mugshots released by the Albuquerque Police Department.

Cold case detectives charged the defendant this past August with one count of open murder in connection with the June 22, 1988 murder of University of New Mexico student Althea Oakeley, 21, of Taos.  The police say Apodaca confessed to stabbing Oakeley near her university’s campus.  That killing occurred less than three months before Gonzales died.  The case was tricky, however, as detectives were forced to sort out whether the information Apodaca provided in the alleged confession was data only the true killer would have known or whether it was known to the public around the time of Oakeley’s death.

Oakeley was at a fraternity gathering with her boyfriend when she “got upset and left on foot” toward the house that she “shared with her brother,” the police explained in August.  “According to witnesses, Oakeley was heard screaming, and she was found stabbed outside a home at 1320 Buena Vista Drive S.E.”

Authorities were preparing to file charges against Apodaca on Aug. 18, 2021 but held off for a day so that the charges would be filed on Aug. 19 — Oakeley’s birthday.

“In a way, that was a gift from the Albuquerque Police Department to her on her birthday,” police chief Harold Medina said at a news conference at the time.

The police say Apodaca also confessed to shooting and killing Kaitlyn Arquette, 19, in the city’s northwest section on July 16, 1989.  However, that confession remains under investigation, the police department said; Apodaca has not been charged in connection with Arquette’s death.

Arquette’s murder is both high profile and infamous in New Mexico and beyond.  The victim was the daughter of Lois Duncan, the author who penned the popular titles “I Know What You Did Last Summer” and “Killing Mr. Griffin.”  Duncan went on to write about her daughter’s slaying and has been highly critical of the police investigation that ensued.

In 2014, a BuzzFeed piece discussed both Apodaca’s links to the Arquette killing and the suspect’s lengthy criminal rap sheet.  Apodaca had been at the scene but was not fully examined as a possible suspect, the report explained.  It also discussed the sputtering investigation more broadly.  The authorities netted the arrests of two others years ago but dropped the cases because they said they were weak.

Someone tweeting using Arquette’s voice and name also pointed the finger at Apodaca publicly in 2018 — approximately three years before the purported confession.

Hi. Where I am there’s no such thing as “weekend,” but I figured you’d be resting so I didn’t write. Now I’m back! This was my car. I was in it when I was shot to death. This guy Paul Apodaca was first on the scene. He was never questioned by APD. WHY NOT?!! pic.twitter.com/5zVu4EWUuS

The walls came closing in on Apodaca when University of New Mexico police officers arrested him on July 20 of this year for allegedly violating his probation.  The defendant was reportedly homeless when officers picked him up.  During that arrest, the Albuquerque Police Department said the defendant confessed that “he had committed several murders and rapes in the 1980s and 1990s.”

According to court documents obtained by Albuquerque ABC affiliate KOAT, a detective wrote that the defendant said “it was a shame that it took him so long to get to this point.”

“Paul also said he realized what he had done was evil and dark,” that detective continued.  “He said the word of God has helped him overcome this struggle.”

The suspect, Paul Apodaca, has also admitted to APD he committed multiple other crimes in the 80’s and 90’s pic.twitter.com/XbZzBvvZBD

The authorities said they were working to corroborate the defendant’s myriad confessions to ensure he was actually involved in the incidents with which he now claims to have a connection.  Cold case detectives have been methodically working to verify the information the defendant is said by them to have provided; they have recommended criminal charges only as those investigatory efforts bore fruit, the police suggested.

The APD said DNA from one cold rape case was tied to Apodaca after a laboratory match occurred in February 2021.  The mayor of Albuquerque had sought to “clear a backlog of more than 5,000 sex assault kits that sat on evidence shelves for decades,” the APD noted; those efforts did lead to the one verified link to Apodaca.

“Anyone with information about these cold cases or any other homicide being investigated by the Albuquerque Police Department are urged to call 505-768-2416,” the department asked.