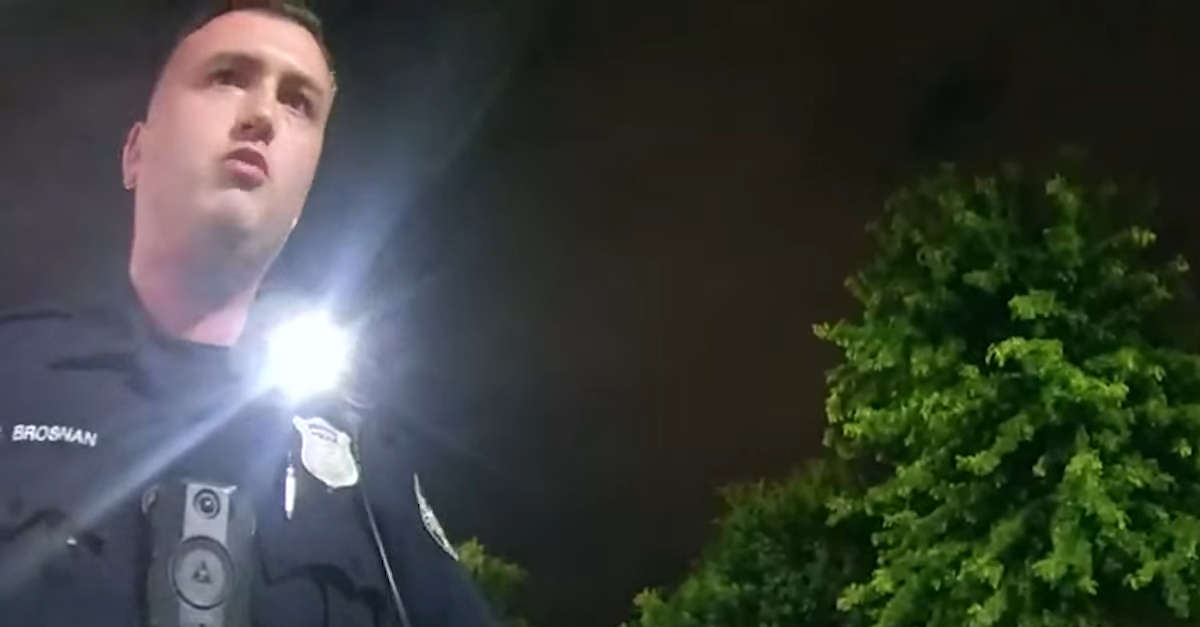 The criminal case against two Atlanta police officers in the shooting death of Rayshard Brooks is barely hours old, but it has already run into a potential problem. Don Samuel, a lawyer for secondary defendant Devin Brosnan, said early Wednesday evening that his client has not agreed to be a state’s witness, contrary to a press conference from Fulton County District Attorney Paul Howard earlier in the afternoon.

Don Samuel, a lawyer for Officer Devin Brosnan, says his client has not agreed to be a state’s witness, as District Attorney Paul Howard said, or to plead guilty to the charges. #RayshardBrooks

Howard announced that Brosnan and now-fired officer Garrett Rolfe are being charged in the shooting death of Brooks. As previously reported, officers responded to a call about a man sleeping in his vehicle in a Wendy’s drive-thru. That was Brooks. They questioned him, and then tried to arrest him after a breathalyzer returned a .108. He resisted.

From the Georgia Bureau of Investigation, which looked into the incident:

Howard attempted to show during a press conference on Wednesday that the shooting was unjustified. Brooks was cooperative during the questioning, and police broke policy by not telling him he was under arrest for a DUI, the prosecutor said. There’s evidence Rolfe knew the Taser in question had been fired twice before the fatal shooting and that it was no longer a danger to him or anyone else, according to the DA. The defendant allegedly also kicked the dying man before medical attention was applied. A stray bullet struck a nearby vehicle containing people traveling from Tennessee, said Howard.

Brosnan faces charges including aggravated assault because he allegedly stood on the dying man’s shoulder. Nonetheless, this co-defendant admitted to the act, professed to be surprised that the incident escalated to an arrest, and will be a state’s witness, said Howard during the press conference. But obviously, that last detail is suddenly up in the air.