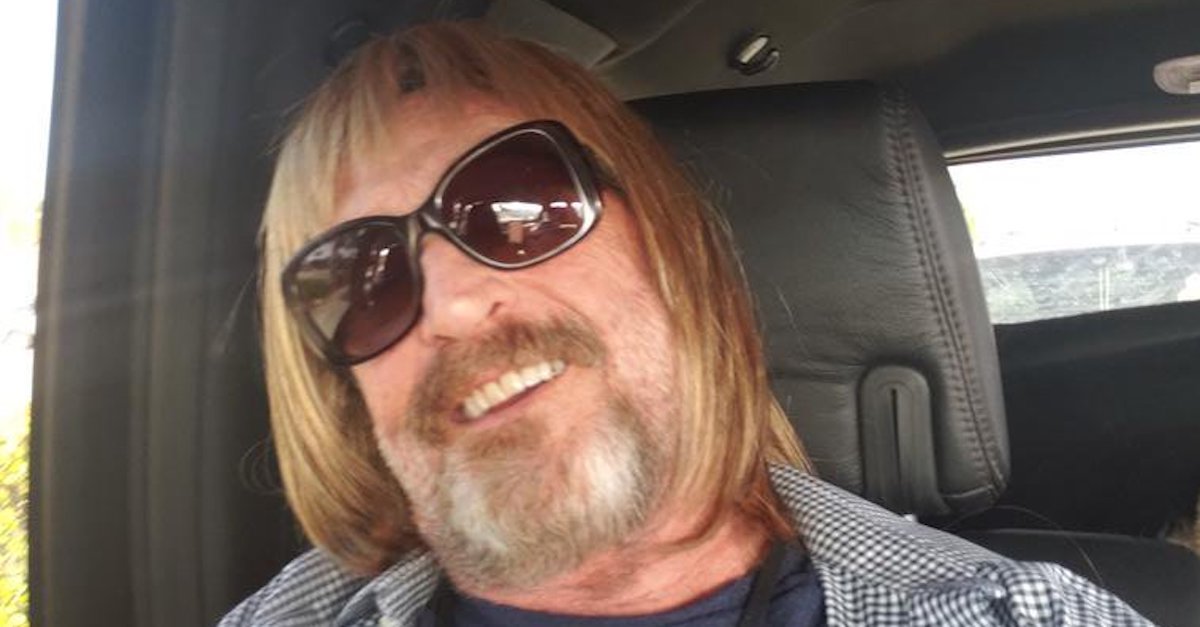 Following a series of tweets saying that he had been detained, John McAfee claims to have fled to Eastern Europe in order to stay out of reach of the U.S. Department of Justice.

Though it appeared possible at first, McAfee was never actually detained by the U.S. government. McAfee and his companions were reportedly jailed in the Dominican Republic, where they remained behind bars for several days for allegedly entering the country with a boat full of guns.

Authorities there reportedly first checked with U.S. officials to ensure that the U.S. had no active legal cases or extradition requests for the tech mogul. After determining that the U.S. government wasn’t searching for him, authorities then asked McAfee “where he wanted to go, and he decided on London,” his attorney Candido Simon told Reuters.

Still, according to McAfee, the Internal Revenue Service (IRS) has felony charges at the ready against him and has desired his capture for years. When asked about McAfee by the New York Post, an IRS spokesperson said that he couldn’t release information related to the McAfee case due to IRS policy.

McAfee, in one tweet, criticized CBS News coverage about his detainment as “media nonsense and propaganda.”

From CBS News about the arrests of myself and my team in the D.R. This is a fine example of media nonsense and propaganda fed by a need to be first with a story and a need to sensationalize.https://t.co/C2Bm9RsBXR

Instead, McAfee claims that he was “shaken down” by Paul Rolle, the Bahamian head of police. According to McAfee, Rolle was upset with him for outing Rolle’s “secret dealings” and accosted him because of this. He also claimed that Bahamians Carlton Butler and his father Samuel Butler were involved in his arrest.

Besides Paul Rolle’s involvement from the Bahama’s, two other Bahamians have been involved in attempts to apprehend me. First is Carlton Butler (below right) and his father, Samuel Butler. More on each coming soon. pic.twitter.com/Yv4ms4Lwa1

Despite the remark from McAfee’s lawyer that there was no apparent U.S. government search for his client, McAfee, following his move to London, posted that “the long arm of the U.S.” was attempting to reach him.

On the move again. The long arm of the U.S. is reaching for us here in London. Thank God it’s a weekend. Government bureaucracy paperwork is stalled until tomorrow morning.

We are never stalled. Will update you soon. pic.twitter.com/kRyGDFe1Ri

From there, McAfee and his wife, Janice McAfee, said Tuesday that they traveled to “an ultra-secure facility” in Lithuania, again, in an attempt to keep “out of reach of the elements of the (In-) Justice Department.” McAfee posted a picture of a room with a desk, tinfoil walls, and a safe, where he is presumably staying.

Sorry for the silence. @theemrsmcafee and I are now in Eastern Europe at an ultra-secure facility. We are, for now, out of reach of the corrupt elements of the (In-)Justice Department. We are healthy and safe. Have missed you guys. Will tell more later. pic.twitter.com/oFtjQApU3v

He also tweeted Tuesday that he and his wife plan to “relax a day or two” before getting “back to the business of fighting injustice wherever we find it.”

McAfee couldn’t be reached for comment at this time, but he did have this to say.

People asking why I spent such a short time in jail last week for (alleged) firearms smuggling, or whatever it was. The answer is simple: I'm getting bored with jail. This time, after four days I simply decided to do something else.

There was seemingly plenty of time for photoshoots behind bars.

This is my favorite picture from your jailhouse photoshoot! I love your smile in this one @officialmcafee pic.twitter.com/QDU0OanGui