How Bathroom Bigots are Using Loving Parents to Spread Hate 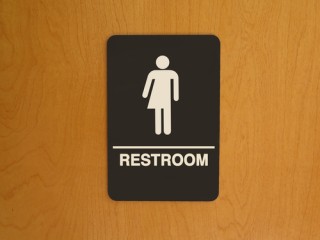 If there’s anything that pisses me off, it’s the manipulation of good, fair-minded people by politically-motivated zealots. The recent transgender bathroom nonsense is a shining example of parents’ natural concerns for their children’s welfare being exploited by the hateful, to advance their own personal agendas, under the pretext of child safety. While the purpose of the transgender bathroom laws is to discriminate against LGBTs and to strengthen political ties with social conservatives, the propagandized reason is the good ol’ standby, “we’re protecting public health and safety.”

I’ll put my rage aside for a minute while I explain. America has a “federalist” system of government – a complex relationship between the federal and state governments in which each has its own sovereign territory for law-making. In wildly general terms, states have broad authority to legislate exclusively within their borders. But there are some limits. For example, no state can make a law that violates the rights promised to all Americans under the U.S. Constitution.

There has always been conflict between the federal and state governments about the limits of state authority, but the argument “we’re protecting the health and safety of our citizens with this law” has worked to the states’ advantage more consistently than any other argument. Back in the Jim Crow South, for example, laws segregating the races were often justified as “necessary to preserve public health and safety.” Knowing that phrase has had a hypnotic effect on judges in the past, today’s Southern legislatures are hoping it works again.

There are thousands of people who are pathetically licking their homophobic wounds over losing the same-sex marriage battle, and they’re irate. Opportunistic politicians have seized upon the ire of these sore, backward losers to create a much stupider legal battle which (they hope) will propel them to power, fueled by their LGBT-hating constituents. So, North Carolina and Mississippi passed laws (such as HB2) that do two vile things: 1) allow business to refuse service to same-sex couples; and 2) restrict bathroom usage based on birth gender. It’s not a coincidence that these two very different topics appear in the same bill. The motivation for both is the same (discrimination against LGBTs) and the supporters are the same (opponents of LGBT rights). By having both ideas in one bill, it means that those who support the bill because they like the part about the bathrooms end up supporting the part about refusing to do business with gays. Clever, huh?

Here’s where it gets really sneaky.

Parents might well be the most manipulable group of people in the world. We’re all terrified that danger lurks around every corner. We’d all do anything to protect our precious little ones. That constant worry is the very essence of being a parent. And that Achilles heel of fear is what makes us easy prey for backwards lawmakers who gleefully execute their plan to enlist parents as unwitting allies. Never mind that the laws in question have absolutely no logical connection to preventing crime in bathrooms. Never mind that child abuse by family members is an actual problem that needs actual solutions. The propagandizers know that parents are going to hear disturbing tales about bathroom attacks, and feel afraid, and that fear is all they need.

As expected, fair-minded moms everywhere are saying things like “I have nothing against transgendered people. I just want to protect my children.” And many of those moms live in states that are not even proposing this kind of legislation; they’re as ignorant to what’s going on in their home states as they are to their being used to advance a hateful agenda. These moms are focused on the fiction of a man in a girls’ bathroom who purportedly would avoid prosecution for a violent crime by lying that his gender identity was female (and that therefore, he was in the correct bathroom). Clearly, these people have no actual idea what “gender identity” even means – and even less of an idea about how criminal law works. When a man commits a crime (spying, flashing, molesting, harassing), he gets prosecuted even if he wasn’t also trespassing.

Most states have never had laws regulating bathroom use, and until now, no one was lamenting that the world would be a safer place once we could get some on the books. But since North Carolina and Mississippi brought it up, parents from coast to coast are suddenly convinced that bathroom use is a pivotal issue of child protection.

Let’s face it, parents are too busy checking homework, packing lunches, and driving carpools to be reading the precise language of HB2 and researching politically-motivated bigotry. But legions of protective parents have now given the South what it wants: a loud (if ill-informed) lobbying chorus that bathroom laws really are about “public health and safety.” And North Carolina will ride that wave all the way to SCOTUS, where it will feign leading the charge to protect innocent children.

The idea that people so hate the LGBT community that they will hide behind the righteousness of “protecting children from predators” in order to gain unwitting support for their hatemongering is beyond disgusting.  This is like the legislative version of smuggling drugs through Customs in babies’ diapers. How dare these small-minded purveyors of intolerance invoke the name of “our children” as a means of justifying their political agendas? How dare these regressive bigots take advantage of the fact that it’s much easier to frighten parents with warnings of crime than it is to get them to do legal research? If anyone were actually interested in protecting children from predators, they’d be making viral videos about the shocking statistics of child abuse by family members, or about recognizing the signs of victimization in children. But I guess that wouldn’t be as much fun. Information like that couldn’t be used as a tool of aggression against the Obama administration, or as a rallying point against gays and lesbians.

It’s time for parents to speak up and demand that the power-hungry stop using our natural insecurities to help their hateful causes. I know we’re busy, and I know it’s easy to go along with the crowd, especially when that crowd purports to have our kids’ safety at heart. But we must refuse to be used as pawns in a battle that will never benefit us. Cut the crap, North Carolina. Don’t try to legalize your hatred by using the faces of American children.