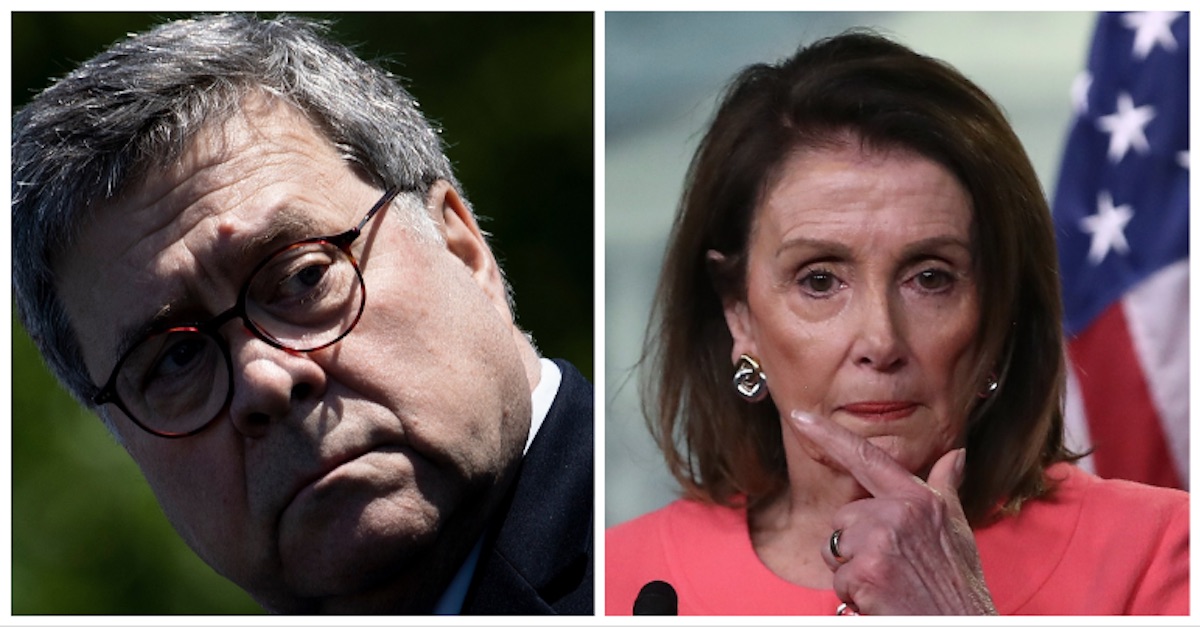 The U.S. House of Representatives on Tuesday voted to hold former White House Counsel Don McGahn and Attorney General William Barr in civil contempt of Congress. The vote, 229-191, will offer another avenue for House Democrats if the administration continues to stonewall on giving the House access to any underlying documents from Robert Mueller’s Russia investigation or compelling testimony from McGahn about his role in the Russia investigation.

Speaker of the House Rep. Nancy Pelosi (D-Calif.) said on the House floor after the vote that “we must follow the facts and uncover the truth for the American people.”

Rep. Jamie Raskin (D-Md.) said that the House “cannot tolerate a posture from the president of the United States … of noncooperation — of absolute, comprehensive, wholesale defiance of the will of a Congress trying to seek information.”

Next step is for the House to decide whether to immediately go to court to try to force McGahn to testify. House May also seek to press for more underlying Mueller evidence in court, though DOJ and Judiciary Committee are slowly making progress.

Democrats on the House Judiciary Committee have been locked in a fight with the Department of Justice over Barr’s insistence on not complying with a subpoena to supply the full Mueller Report and underlying evidence.

It seemed that the DOJ and House Judiciary Committee Chairman Rep. Jerrold Nadler (D-N.Y.) temporarily put aside their arguments over the underling evidence from Robert Mueller investigation into Russian interference in the 2016 election. Nadler said on Monday that “we have agreed to allow the department time to demonstrate compliance with this agreement.” Nadler added:

If the department proceeds in good faith and we are able to obtain everything that we need, then there will be no need to take further steps. If important information is held back, then we will have no choice but to enforce our subpoena in court and consider other remedies. It is critical that Congress is able to obtain the information we need to do our jobs, ensuring no one is above the law and bringing the American public the transparency they deserve.

DOJ spokesperson Kerri Kupec said that the DOJ is glad that the negotiations are returning to the “traditional accommodation process” and that the DOJ “remains committed to appropriately accommodating Congress’s legitimate interests related to the special counsel’s investigation.”

Barr said before that he would not be compelled to break the law by releasing information that cannot be released by law. He cited information on intelligence sources/methods, grand jury information and information that could jeopardize ongoing investigations. The DOJ sent a letter that stated that the vote to hold Barr in contempt was “premature and unnecessary.”

McGahn told the Judiciary Committee in May that he would not comply with the committee’s  subpoena because he “continues to owe certain duties and obligations to the president which he is not free to disregard.” Nadler warned McGahn that he would be held in contempt of Congress if he did not reconsider.