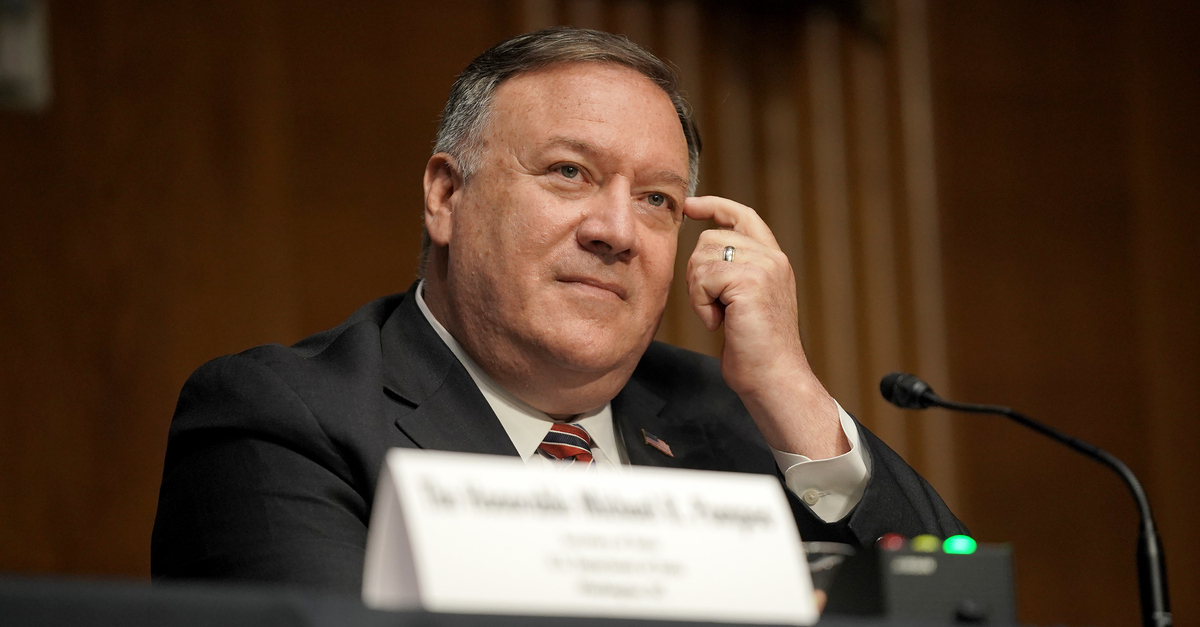 Linick, an independent watchdog, was investigating various Pompeo and the State Department activities at the time he was sent packing. Those investigative threads focused on anything from Pompeo’s role in a Saudi arms deal to allegations that Pompeo used his office for personal gain to details about the hosting of lavish taxpayer-funded parties for the nation’s elite.

Rep. Eliot Engel, a Democrat and decades-long serving New York congressman who lost weeks ago to Democratic primary challenger Jamaal Bowman, is currently the chairman of the House Foreign Affairs Committee. At least one official that Linick himself testified was involved in attempted stonewalling of the investigation(s) was on the receiving end of the subpoenas.

Linick testified in early July that Undersecretary of State for Management Brian Bulatao “attempted to bully” him on various occasions–once over a leak investigation and repeatedly over the IG’s investigation into the controversial weapons deal with the repressive Islamist dictatorship.

“In connection with our work on the arms control, the emergency certification on the arms control, he told me that it wasn’t an appropriate review because it was a review of policy,” Linick said. “And I told him that, under the Foreign Service Act of 1980, it was within the IG purview to review how policy is implemented. And I was trying to draw that distinction that, while we don’t engage in policymaking, we look at how policy is carried out as we are required to by law.”

“And what was Undersecretary Bulatao’s response when you provided him with that clarification?” the Democratic Foreign Affairs counsel asked.

“He just continued to push back,” Linick answered.

In response to another question, Linick said he and Bulatao “had a number of disagreements about the way in which a leak investigation was going to be handled” and “attempted to bully me.”

“He wanted to sort of take control over a leak investigation that was being conducted by the [Department of Defense] IG. So that’s one example of that,” Linick said. “The other has to do with the work we were doing on the arms control, in trying to have us not work on that matter, stating that it was a policy matter and it was not within our jurisdiction to look at it. So that was sort of the nature of that attempt to bully.”

But initially there were negotiations, Linick noted, Pompeo’s team suggested a one-on-one interview but the IG’s office felt they needed at least one additional person there to serve as a witness. That was apparently the end of those discussions.