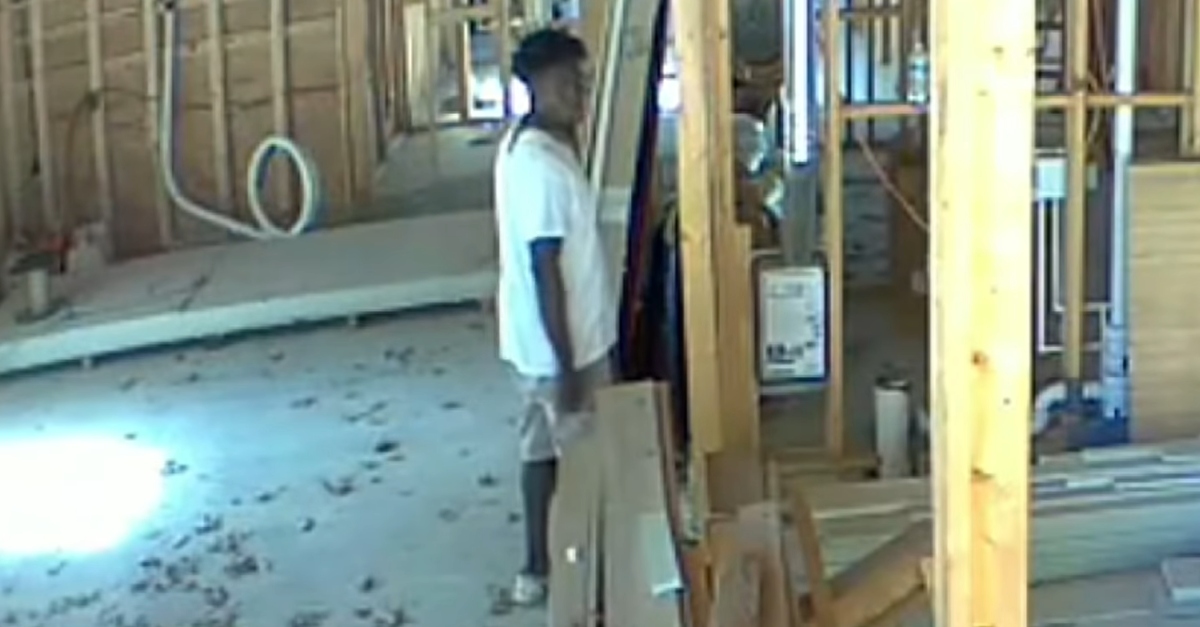 Man believed to be Ahmaud Arbery

A Georgia homeowner linked to the Ahmaud Arbery case said that his residence, which was under construction, was never burglarized.

“I’ve never had a police report or anything stolen from my property, or any kind of robbery,” Larry English told The Washington Post in a Sunday report.

The 50-year-old’s current home is in Douglas, Georgia, but he was having a waterfront home built in Brunswick about 90 miles away. That new residence is one of the key elements in the Arbery case. The victim was shot nearby on February 23 after two men–father and son Gregory and Travis McMichael–confronted him. The elder McMichael allegedly told cops that they suspected the alleged victim as the suspect in a series of recent burglaries. No charges were forthcoming until recently publicized video apparently showed that the duo instigated the confrontation with Arbery.

911 audio from before the shooting shows a caller reporting a black man in a white T-shirt at a house under construction.

The operator asked if the subject was breaking into it.

“No, it’s all open, it’s under construction,” he said. “And he is running right now. There he goes right now.”

The operater asked what the man in the white T-shirt was doing. The caller said the person was running down the street. The operator asked again, saying she needed to know if the man in white was doing anything wrong. Audio was somewhat garbled, but the caller said that the man had been recorded on camera before as “an ongoing thing.” He also mentioned that the man building the house was probably not going to finish it. This was because of heart problems, according to a transcript obtained by The Brunswick News.

The exchange would seem to reference English’s home. He is badly ill, according to The Post. But now he says it’s not likely his family will move into the home, due to death threats. He has also voiced condolences for Arbery’s mother.

“I don’t think anybody should ever have to lose a child,” he said. “It’s not supposed to be that way.”

Arbery’s family said he was jogging before the fatal confrontation. Travis McMichael is charged as the actual shooter, while the father is being prosecuted as a party to the crime.

Video publicized Saturday showed the moments before the February 23 incident. A home surveillance system showed an individual at a residence apparently under construction (English’s home). Authorities confirmed it was part of their investigation, but didn’t clarify how.

“We are indeed reviewing additional video footage and photographs as part of the active case,” the Georgia Bureau of Investigation said in a statement to The Atlanta Journal-Constitution. “It is important to note that this footage was reviewed at the beginning of the GBI investigation and before the arrests of Gregory and Travis McMichael.”

S. Lee Merritt, an attorney for Arbery’s mother Wanda Cooper-Jones, rebutted any suggestion that the alleged victim was doing anything illegal. He made sure to highlight English’s interview with the Post.

The property was under construction; #Ahmaud remained for less than 3 minutes; others who lived near stopped by too.

‘Larry English, the man who owns the house under construction, told @washingtonpost the structure was not robbed.
“That’s completely wrong. I’ve never had a police report or anything stolen from my property, or any kind of robbery,” he said.https://t.co/3x9YDFVbrg

The McMichaels were arrested Thursday, and denied bond the next day.