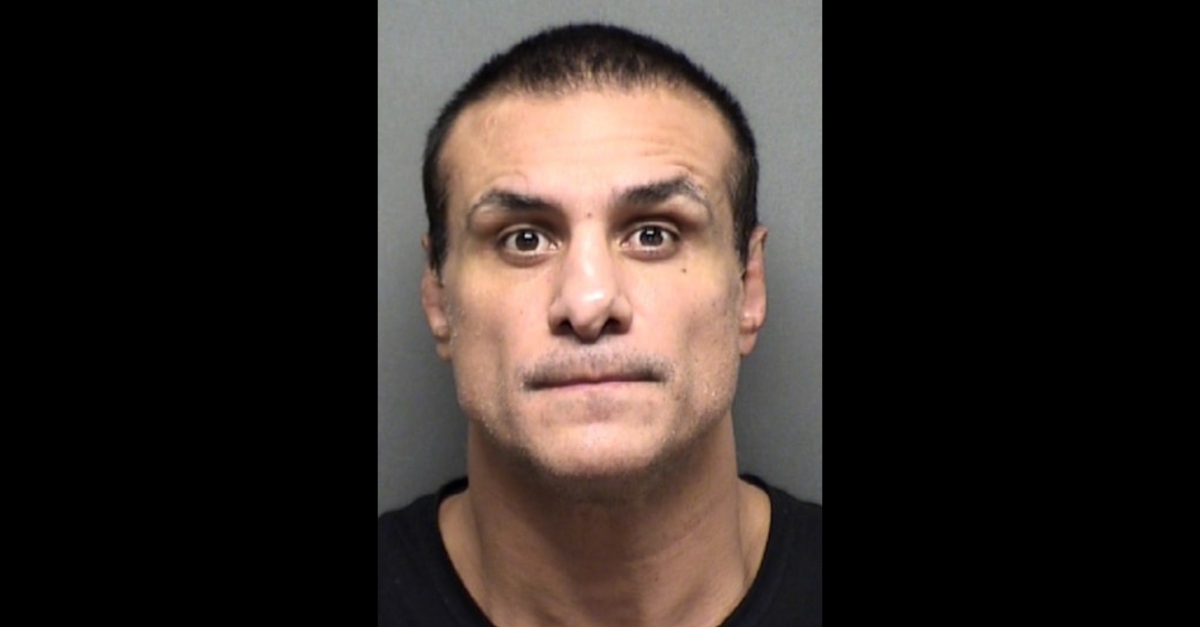 A man in Texas is the defendant in a grotesque sexual assault allegation. The 42-year-old’s real name is Jose Alberto Rodriguez Chucuan. Longtime pro-wrestling fans will know him better for his work in the WWE as Alberto Del Rio.

Authorities said that the alleged victims stepped forward with photographs showing that the defendant beat and sexually assaulted her, according to an affidavit obtained by WOAI. She claimed this happened more than once, officials said.

The last incident allegedly happened on May 3. The defendant allegedly accused the woman of cheating, and struck her multiple times when she didn’t admit to it. He allegedly tried to force her to put on a dress, and dance for him. When she rebuffed him, he allegedly threatened her, telling her not to cry or he’d drop off her son “in the middle of the road somewhere.”

Rodriguez Chucuan tied her up with boxing straps, forced a sock into the woman’s mouth, and sexually abused her for hours, according to this account. He is described as using objects.

The defendant is purportedly in custody with the Bexar County Sheriff’s Office, according to TMZ. WOAI said his bond was set at $50,000.

Rodriguez Chucuan definitively made a name for himself in the wrestling world for his work in Lucha Underground, IMPACT Wrestling, and Lucha Libre WorldWide. His mainstream success stateside came with his WWE work. He was featured as a winner of the World Heavyweight Championship, and of the 2011 Royal Rumble.

But it has been a rocky career and public life, to say the least.

Jesus Christ, man. Remember this next year when he pretends WWE gives a shit about him again. They don’t. This kind of behavior is why

He was fired in 2014 for allegedly slapping a WWE employee who made a racist joke. His relationship with the much younger wrestler Saraya-Jade “Paige” Bevis raised eyebrows, in part because of the age-difference. Rodriguez Chucuan’s second stint with the WWE, in 2016, didn’t lead to much, practically speaking, and he quickly left, but she left too. Police investigated a domestic violence allegation involving the couple in 2017, though Bevis said this was a personal argument blown out of proportion by a “crazy lady”invading their privacy.  The couple has since split.