Does #GorillaGlueGirl Tessica Brown Have a Viable Lawsuit? | Law&Crime 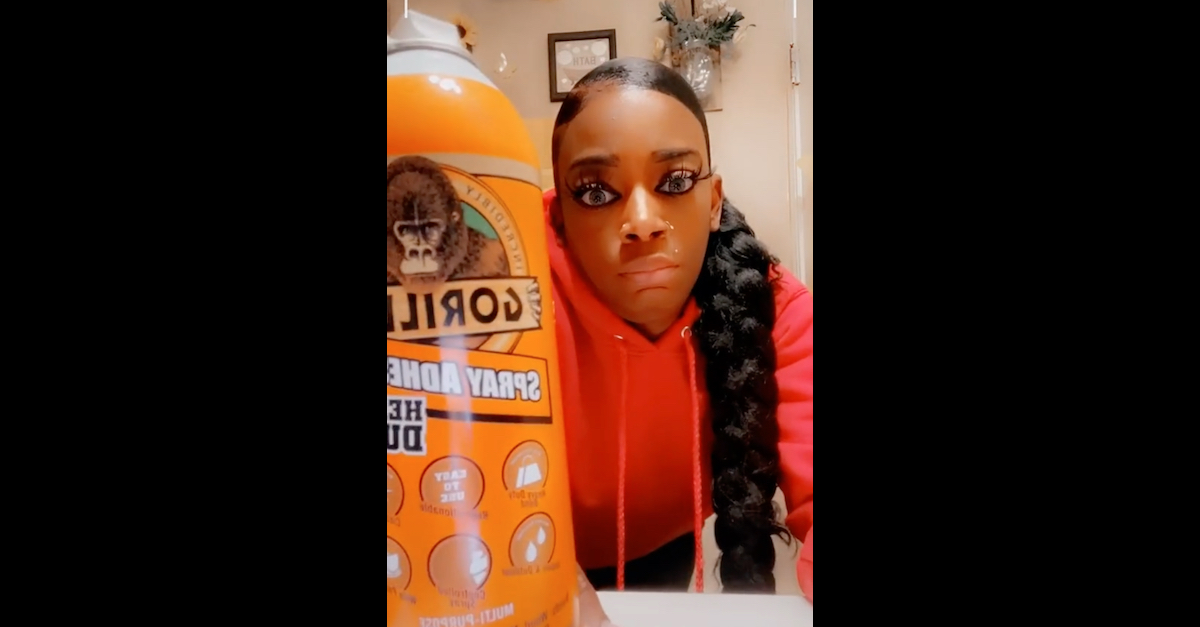 Tessica Brown, the woman who rose to TikTok viral fame after putting Gorilla Glue on her hair, considered suing Gorilla Glue by claiming that the product’s label does not specifically warn against use on hair, according to TMZ. Brown has denied that she ever said she was considering legal action, but what might happen if she did pursue that?

Brown explained her ordeal in the video below.

Does Brown have a viable lawsuit against Gorilla Glue?

She may. Under Louisiana products liability law, if an “unreasonably dangerous” product causes harm during “reasonably anticipated use,” the manufacturer of that product can be held liable for damages sustained by the user.

Even Brown’s can of glue had all the typical properties of an average can of Gorilla Glue, she might still recover if the product should have been labeled to warn against using it as a styling product. The issue of whether the glue was “unreasonably dangerous” will depend on whether Brown’s use of the product would have been “reasonably anticipated” under the circumstances.

The legal standard of “reasonably anticipated use” is not the same as “proper” or “intended” use. That’s very typical of state products liability laws; the law allows for individuals to “misuse” products in a manner that’s expected. The standard example is using a screwdriver to open a can of paint: that’s not the primary or intended use of screwdrivers, but it’s a common use that is highly predictable. Another standard example is the use of a chair as a step stool to change a lightbulb. Chairs are for sitting, but people sometimes stand on them. Manufacturers are legally required to think of —or to foresee — such “misuses” and to protect against them.

Thus, Brown’s right to recover for her medical costs and injuries will depend on the foreseeability of her use of the glue as a hairstyling tool. The more ordinary, expected, or typical her use was, the more the likely she might prevail in a products liability lawsuit. The more unusual, unexpected, or unforeseeable it was to use glue as hair spray, the less likely it is that Brown might win. In any products liability lawsuit against Gorilla Glue, the fact-finder (often a jury, but sometimes a judge) will be who decides whether Brown’s use of the spray-glue as a styling product was a “reasonably anticipated use” of the product.

If Brown’s use had been reasonably anticipated, the manufacturer would have had a duty to label it with a sufficient warning. In a statement, Gorilla Glue called Brown’s ordeal “an unfortunate incident” and a “unique situation,” and said that its product “is not indicated for use in or on hair as it is considered permanent.” The company went on to explain that the product warning label says, “do not swallow. Do not get in eyes, on skin, or on clothing.”

We are very sorry to hear about the unfortunate incident that Miss Brown experienced using our Spray Adhesive on her hair. We are glad to see in her recent video that Miss Brown has received medical treatment from her local medical facility and wish her the best. pic.twitter.com/SoCvwxdrGc

In a lawsuit, a fact-finder would need to determine whether the warnings actually on the bottle of aerosol adhesive were sufficient to warn individuals against using the product on their hair. While Brown’s use of aerosol adhesive as a hairspray substitute surely isn’t typical, it could be found a foreseeable use by a jury. Brown would likely need to introduce evidence that other individuals have been known to use glue as she did, or perhaps that Gorilla Glue knew consumers might try to do so.

Whether Tessica Brown will actually file a lawsuit is not certain at this point. However, her video has been shared thousands of times online, and #GorillaGlueGirl continues to trend on social media. In fact, Brown raised more than $13,000 in one day via a GoFundMe page online.

Though Brown’s video of her glued hair may have originally elicited some online mocking, many have now posted words of support. In fact, Neal Farinah, Beyonce’s stylist, even offered his help and encouraged others to do the same.

Beyoncé’s hairstylist Neal Farinah offers his help and services for Tessica Brown (aka #gorillagluegirl): “We not going to keep tearing her down. Let’s help her!” 💖https://t.co/5UkmBIuIm6 pic.twitter.com/6manq24Bl1

Online, much of the conversation has now turned to race, and Brown’s use of spray adhesive as just one of many measures Black women have taken in efforts to style their hair.

So many are being dismissive of #gorillagluegirl. Given the history of how black women are targeted and still battle the pervasive belief that our natural hair is unprofessional, unkempt, or in some way “a statement” pls show her some grace and understanding. https://t.co/t6k8JHYKfv

Style demands on Black women’s hair have often been raised in court cases, often in the context of employment law. Should Brown choose to sue Gorilla Glue, it will be interesting to see whether she raises any argument that the product poses a particularly foreseeable risk within the social context of hair styling for Black consumers.

Per the company’s own website for the product Brown appears to beholding in her own video:

Gorilla Spray Adhesive is heavy duty, multi-purpose and easy to use. Gorilla Spray Adhesive forms a clear, permanent bond that is moisture resistant and can be used on projects both indoors and out. This spray adhesive is also photo safe. Its wide pad nozzle and controlled, fine mist spray provide an even application on the project you are working on.

How do I remove Gorilla Spray Adhesive from my surface?

To clean surface while adhesive is still wet/uncured, wipe adhesive off the project with a dry cloth.  Isopropyl alcohol (IPA) may be used according to manufacturer’s instructions.

Once cured, Gorilla Spray Adhesive may be removed using mechanical means by gently scraping surface, being careful not to damage the surface underneath.

How do I remove Gorilla Spray Adhesive from body/skin?

While still wet, Gorilla Spray Adhesive can be removed by wiping adhesive with a dry cloth, and then washing the area with soap and water.  Once cured, rinse well with water.