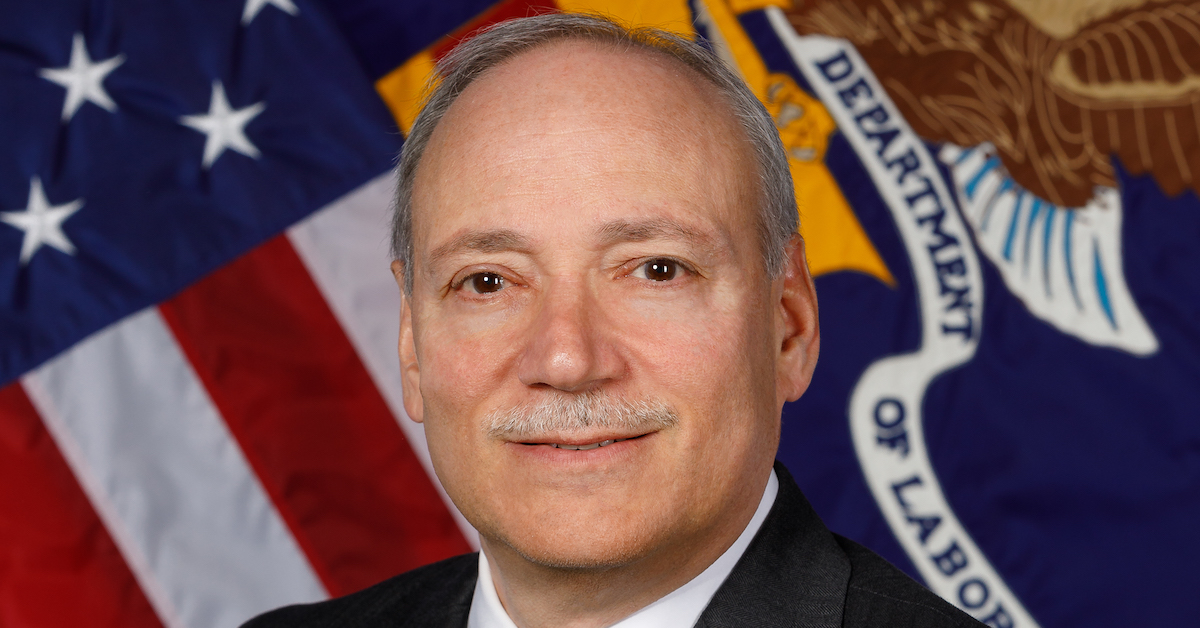 With Alexander Acosta stepping down as Labor Secretary amid outrage over Jeffrey Epstein‘s 2008 plea deal, Deputy Secretary of Labor Patrick Pizzella is set to step into the role.

Pizzella, a longtime GOP official, will stepped in to fill Acosta’s shoes on an acting (temporary) basis.

Pursuant to 29 U.S.C. § 552, the Deputy Secretary of Labor, Patrick Pizzella, _automatically_ becomes Acting Secretary until and unless (1) he is no longer Deputy Secretary; or (2) the President nominates and the Senate confirms a new Secretary:https://t.co/jwwjm5jy50 pic.twitter.com/fkHYxFL9dU

Though he assumes his role next week, Pizzella has already come under fire for his dealings with Jack Abramoff in the nineties and early aughts. Abramoff, an ex-lobbyist who was convicted of attempted bribery in 2006, was lobbying partners with Pizzella at Preston Gates Ellis & Rouveles Meeds. The majority of their work together surrounded the firm’s push to stop Congress from imposing minimum wage laws in the Northern Mariana Islands. At the time, the islands actually imposed “maximum” wages for foreign workers. These were set at $3.05 per hour.

“Foreign workers pay up to $7,000 to employers or middlemen for the right to a job in the CNMI. When they finally reach the Commonwealth, they are assigned to tedious, low paying work for long hours with little or no time off. At night they are locked in prison-like barracks,” said one government report at the time.

Then-Sen. Al Franken (D-Minn.) attacked Pizzella for his relationship with Abramoff during Pizzella’s confirmation hearing back in 2017, calling the work Pizzella did with him “pretty shocking.”

Franken went on to ask Pizzella about the conditions in the Northern Mariana Islands to which Pizzella responded he wasn’t aware, calling the reports “allegations,” to which Franken responded: “They were documented. They are not just accusation.”

Franken wasn’t the only one who came out against Pizzella during his confirmation, however. The Leadership Conference on Civil and Human Rights released a statement condemning Pizzella in 2017 as well, saying “Mr. Pizzella worked closely with Jack Abramoff to lobby for policies on the Commonwealth of Northern Mariana Islands that essentially allowed for unchecked slave labor to be performed with the imprimatur of the ‘Made in the U.S.A.’ label on goods and clothing.”

They also lambasted the way he dodged questions during his hearing and how he “provided no real assurances that he is committed to protecting the rights of workers.”

In a Friday statement, Kristine Lucius, the group’s executive vice president for policy and government affairs, said Pizzella “shows he has a clear bias against working people’s rights – which may be good for Trump’s agenda, but bad for the people the department is meant to serve.”

“Mr. Pizzella’s past gives us great concern about how he will lead and we will be watching closely,” she added.

According to Bloomberg Law, Pizzella’s poor track record with regard to protecting workers’ wages was one of the reasons top labor officials had never pushed for Acosta’s resignation.