North Korea Hit with $500,000,000 Judgment for the Torture and Death of Otto Warmbier 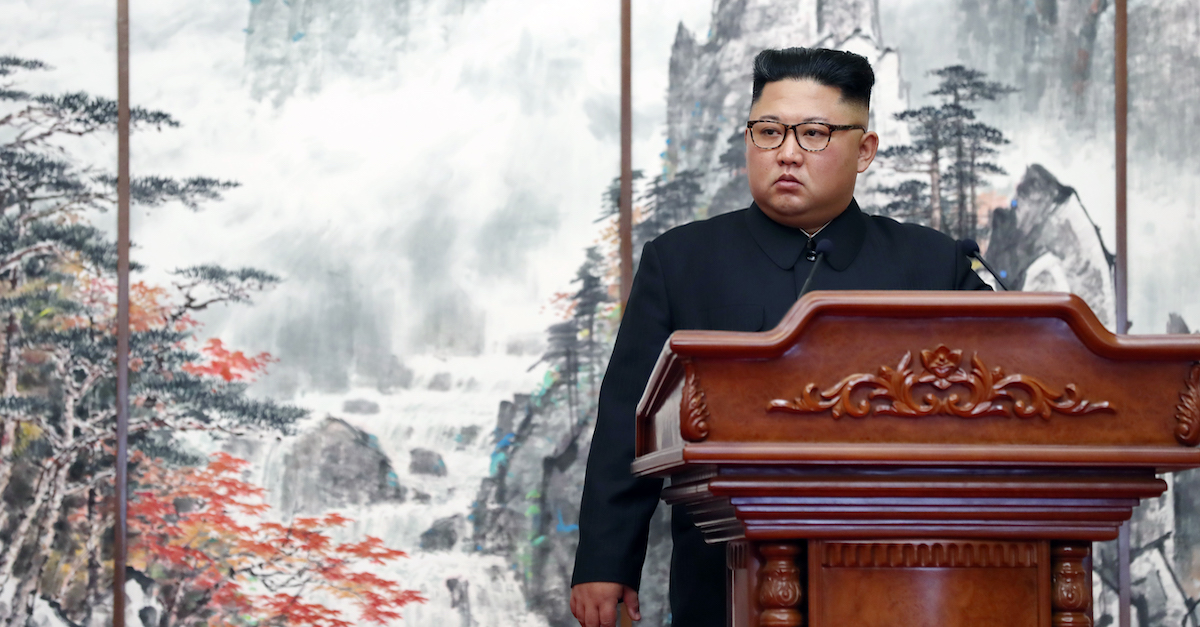 A federal judge has slapped North Korea with a default judgement of half a billion dollars on Christmas Eve for the torture and death of American student Otto Warmbier.

Howell began by quoting Cindy Warmbier — “What the heck did you do to my kid?” — and referenced an academic who regarded North Korea as the “most advanced, most perfected totalitarian state in world history.”

“Moreover, North Korea is ‘unprecedented’ in its state sponsorship of ‘elicit activities, like proliferation of weapons of mass destruction, counterfeiting U.S. dollars, [and] the production and sale of drugs like opium, heroin, and meth[amphetamines],'” Howell wrote. “Indeed, North Korea is the world’s ‘leading’ and ‘best qualified candidate for indictment’ at the International Criminal Court for crimes against humanity.”

Howell then ordered a massive default judgment in the case.

Included among Howell’s reasoning for the judgement was a chilling account of the aforementioned “kangaroo court” confession the totalitarian regime forced Warmbier to make:

Examples of the many untruths in the purported “confession” include: (1) Otto called his father’s company “Finishing Cincinnati Black Oxide,” but that company, in fact, is called “Finishing Technology”; (2) Otto said he practiced for his alleged crime by stealing street signs at the University of Virginia and storing the stolen signs under his bed, yet his father never found any such stolen signs, let alone under Otto’s bed at Otto’s apartment; (3) Otto said he conspired with the Friendship United Methodist Church, which had assets of $42 million, even though Otto had no relationship with that church, was not Methodist, and the church has no such extensive assets. Otto said he agreed to take the poster because he “‘desperately’ needed a car” and $200,000 to fund his two siblings’ college tuition, when Otto “had his own car and was never expected or asked to pay for his siblings’ tuition”; and Otto said he conspired with “the Z Society,” but had no connection to any such organization.

In addition to these false statements in his “confession,” Otto spoke with “unnatural” language that sounded as if he had “been forced to memorize” the words. Otto, for instance, said “I came to commit this crime task,” “[t]he United States administration already knows about my act through the CIA, which is closely linked to the Z Society and connived at my crime,” “[t]his was a very foolish aim,” “[t]his made an innocent-minded, adventurous young man, like myself, want to show my bravery to improve my reputation and show a Western victory of the DPR Korea,” and “I intentionally packed my quietest boots, the best for sneaking. I knew that I would wear them during my crime commitment.”

Otto’s “strange phrases,” such as the references to the “U.S. administration,” “DPR Korea instead of DPRK,” and his “quietest boots for sneaking” were “clumsy” North Korean “stock phrase[s]” that provide “no doubt . . . that this was a coerced confession under great duress.” Moreover, Otto’s reference to “hostile U.S. policy” three times, and the notion that Otto, as the oldest child, would need to subsidize his younger siblings’ college tuition—an expectation of the eldest son in Korean culture—are reflective of “Korean connotation,” further indicating North Korea “imposed” this material in Otto’s confession.

The Warmbier family had sued North Korea for the torture and wrongful death of their son, as well as for intentional infliction of emotional distress, and assault and battery.

Judge Howell concluded that North Korea was “liable for the torture, hostage taking, and extrajudicial killing of Otto Warmbier, and the injuries to his mother and father, Fred and Cindy Warmbier.” The judge awarded the family “$96,375.80 in medical expenses, $15,000,000 in pain and suffering, and $150,000,000 in punitive damages. Fred and Cindy Warmbier are each entitled to $15,000,000 in solatium damages and a total of $300,000,000 in punitive damages,” bringing the total number up to more than half a billion dollars.

Default Judgement Against N… by on Scribd