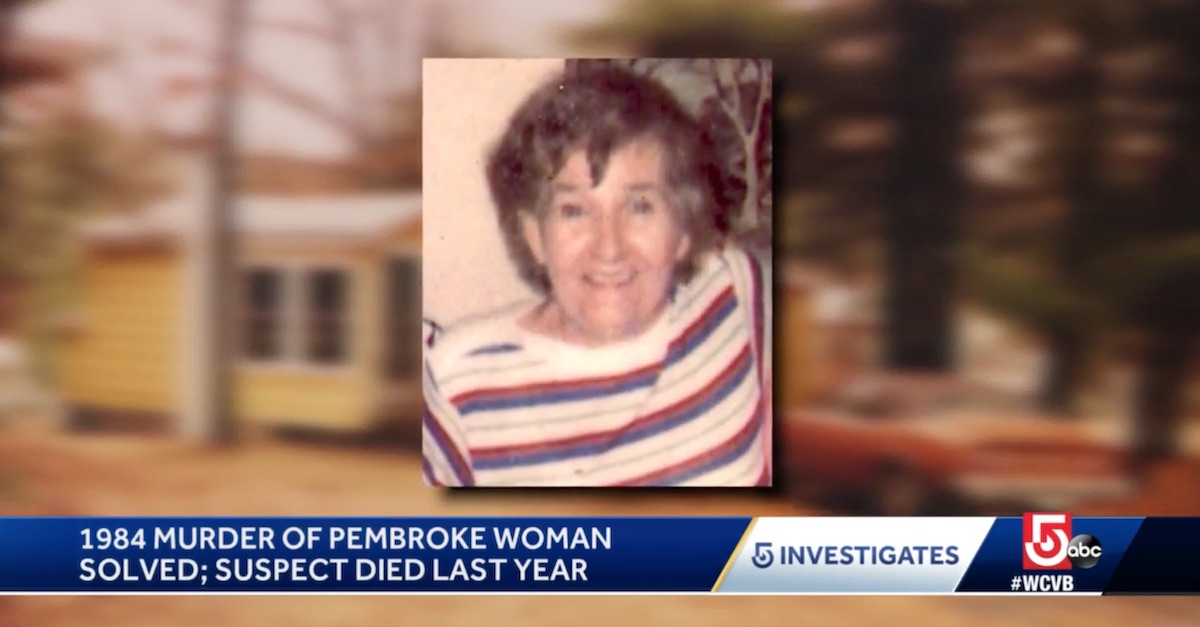 Nearly 40 years after a 59-year-old widow was brutally murdered in her home, investigators in Massachusetts have announced that the cold case has been solved. Plymouth County District Attorney Timothy Cruz said Thursday that the stabbing and strangling murder of Virginia Hannon was committed by Jesse Aylward.

Cruz said that a tipster, identified only as a friend of Aylward’s, reported the day after Aylward died that the man admitted he killed someone many years ago in Pembroke, which is where Hannon lived alone. Aylward was born on March 9, 1961 and died on February 3, 2020 at the age of 58, meaning he was 22 years old at the time of the Feb. 1984 murder. 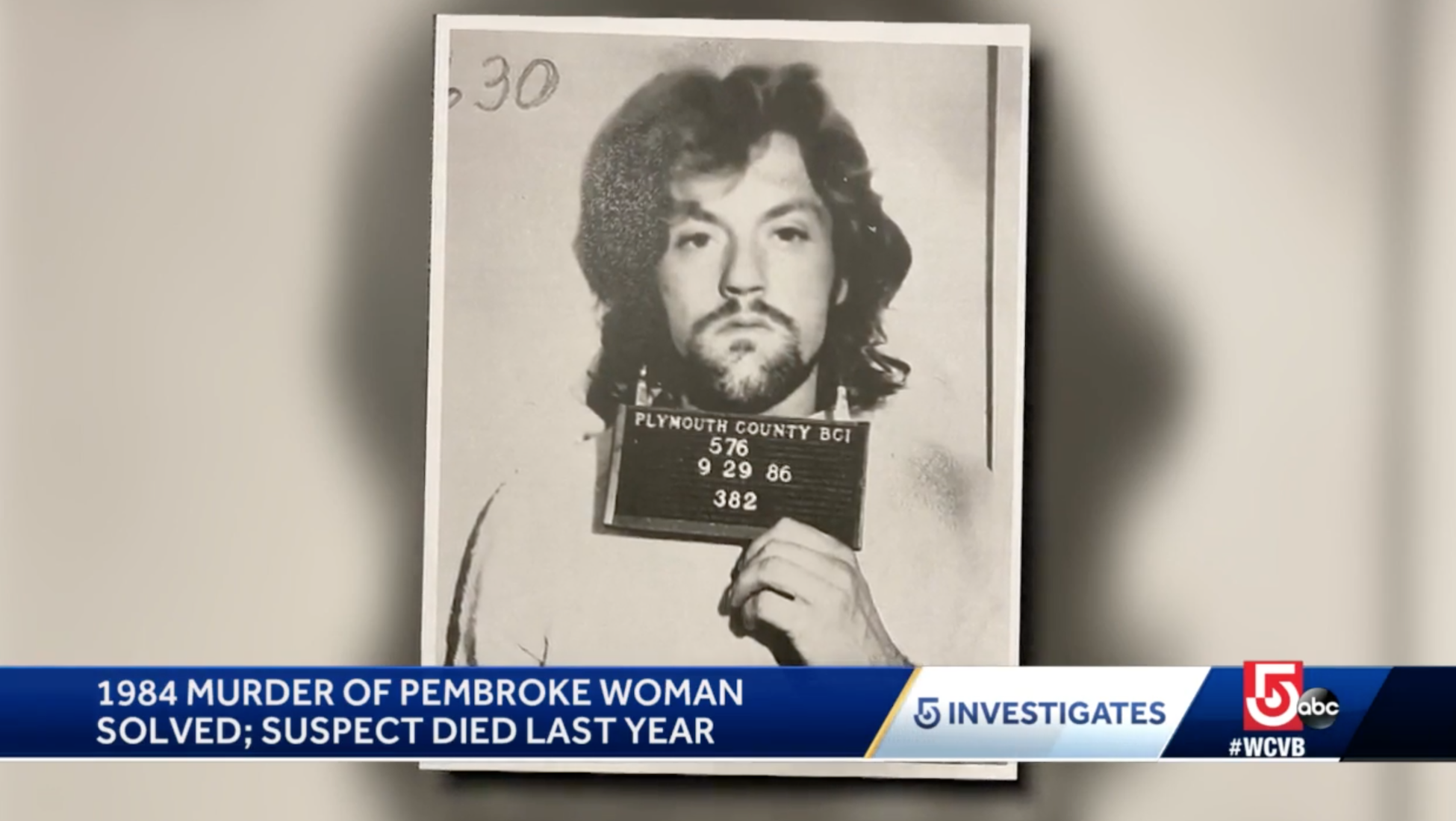 Aylward apparently confessed to a friend sometime in 2019—a year prior to that friend reporting the confession to the police and only after Aylward died.

Following up on the tip, state police obtained a warrant to get a blood sample from Aylward at the hospital and matched DNA to the evidence that was found at the crime scene. Up until then, authorities had not been able to identify a suspect and Aylward was never on their radar, NBC Boston reported.

Virginia Hannon’s nephew Rich Hannon spoke about the news at a press conference on Thursday.

In an emotional statement, Hannon thanked police for never giving up.

“She was a great person, great with the kids. She was a cook at the school. Fun to be around. She was just a great person. Happy,” he said. “It’s just these guys here that stood up and spent all of this time doing it, and I really want to say thank you. That’s all.”

An obituary from Feb. 2020 said that Aylward “owned his own paving and sealcoating business early on” and had a “unique personality.”

“He was creative with building, generous to homeless people, intelligent and independent,” it obit said. “He was a skilled handyman and enjoyed working on patent development.”

Authorities said Aylward had a criminal past, as evidenced by his 1986 mugshot, but they didn’t go into detail about that.

Unfortunately, authorities still don’t have a definitive answer as to the motive. One possibility raised whether the killer knew that Hannon had recently inherited $380,000. The DA’s office, noting that it wasn’t aware of the link between Aylward and Hannon, said it did not have evidence to support the inheritance money theory.

Richard Hannon said that he hoped that the break in the case would dust the cobwebs off of old memories, particularly in the minds of those who knew Aylward.

DA Cruz said that he hoped investigators would be able to connect the dots, but also said we may never know exactly what happened on the day of the murder.

“The DNA gets us to the people but doesn’t necessarily get us to exactly what happened. I’m always hopeful we will be able to get that information to make sure we can give some final resolution to the victims in these cases. The victims are something that is never forgotten,” he said.