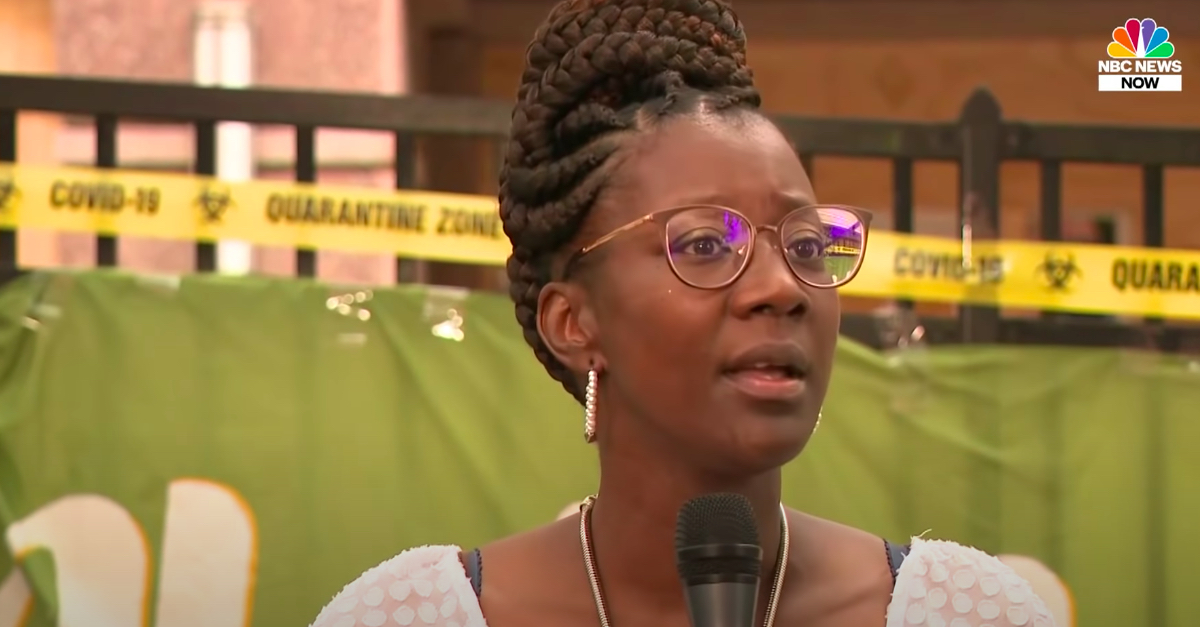 Groups representing Dawn Wooten, the nurse who earlier this week came forward with bombshell allegations that alarmingly high rates of hysterectomies have been performed on detainees at an Immigration and Customs Enforcement (ICE) detention facility in Georgia without detainees’ informed consent, sent a letter to Congress on Thursday requesting an official investigation into the “egregious health practices” Wooten described.

The letter from the Government Accountability Project and Project South reiterated Wooten’s initial claims that the Irwin County Detention Center (ICDC) willfully disregarded the medical needs of its immigrant detainees, consistently subjecting them and those charged with their care to unnecessary danger.

“The rate at which the hysterectomies have occurred have been a red flag for Ms. Wooten and other nurses at ICDC,” the groups said in the letter. “Intertwined with the issue of the reported high rates of hysterectomies is widespread lack of proper, informed consent. Regarding the hysterectomies, Ms. Wooten explained: ‘These immigrant women, I don’t think they really, totally, all the way understand this is what’s going to happen depending on who explains it to them.’ Ms. Wooten observed that the sick call nurse tried to communicate with the detained immigrants in Spanish by simply googling translations or by asking another detained immigrant to help interpret rather than using ‘the language line’ as medical staff are instructed to use.”

The letter, which also sought to establish Wooten as a legally protected whistleblower, additionally claimed that sick call nurses at ICDC would regularly “shred” medical request forms from detainees seeking medical treatment and “fabricate medical records such as vital signs” for detainees without actually conducting a medical examination.

“The blatant disregard for the health and safety of both detainees and ICE employees at Irwin County Detention Center is appalling. Government Accountability Project greatly values the courage of Dawn Wooten to blow the whistle, for without her testimony these grievances would continue indefinitely,” said John Whitty, a Government Accountability Project Staff Attorney and attorney for Wooten. “We ask Congress to recognize this failure on the part of ICE detention to adequately care for its detainees and employees and to act so that these violations do not continue to threaten the health of those within ICE detention.”

“These new shocking revelations further highlight the extent of the egregious abuses at the facility. The fact that Black and brown immigrant women are held in an extremely vulnerable position at this prison where they have no control over their bodies and no say about what it is done to them is sickening,” said Shahshahani. “The United States Government as well as the private prison corporation running this prison should be held accountable.”

Read the letter to Congress and statements from both groups below:

[image via via NBC News screengrab]