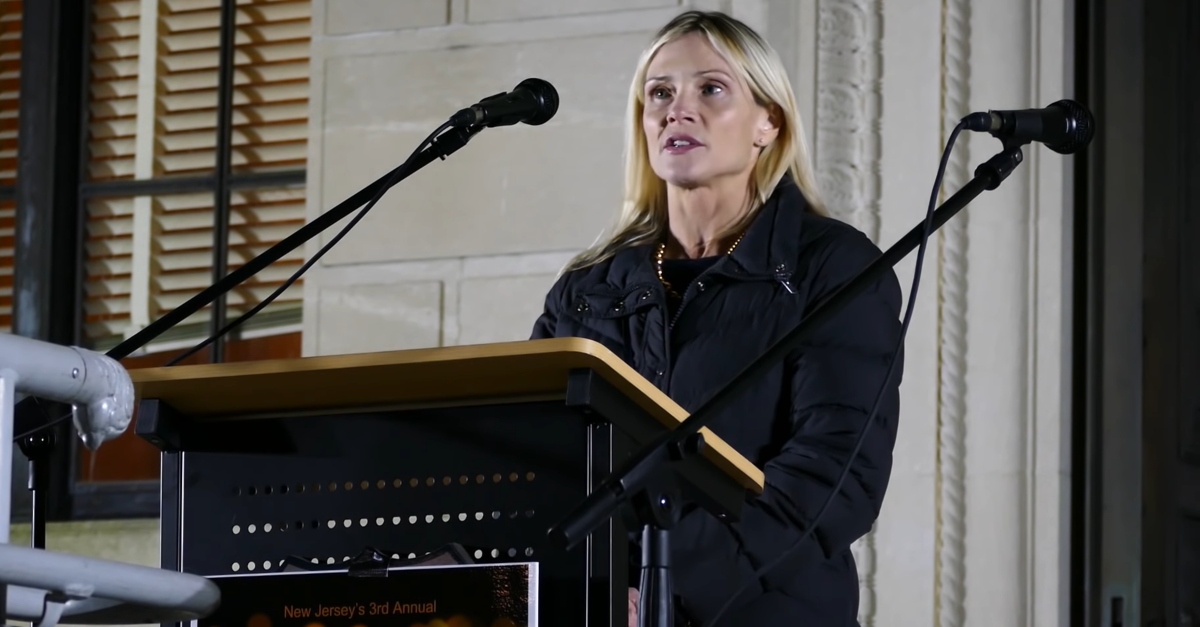 Actress Amy Locane, 48, was sentenced for the fourth time in the 2010 crash that took the life of New Jersey woman Helene Seeman, 60. The defendant, who already served prison time for the fatal incident, was given eight years in prison by Superior Court Judge Angela Borkowski, according to News 4 Jax.

“You made a conscious decision to drink that day and continued to drink, recognizing at the onset that you needed a ride but didn’t obtain one,” Borkowski said. “If you hadn’t gotten behind the wheel of your vehicle on this night, the incident never would have happened.”

The defendant did not fully accept responsibility, and the initial punishment of three years behind bars was too light, the judge ruled.

Locane apologized to Seeman’s family before being escorted in handcuffs out of court.

The defendant, who acted in the first series of the soap opera Melrose Place and had a leading role in the 1990 film Cry-Baby, struck the victim’s vehicle as Seeman and her husband as were pulling into their driveway. An expert witness testified at trial that Locane’s blood alcohol level was probably about three atimes the legal limit, and she was going about 53 miles per hour in a 35 mph zone, according to CBS.

Locane received a three-year sentence the first time around, and was let go after two-and-half. She will get time served, and is expected to only serve five more years behind bars.

Her case has been in a state of flux since the original sentencing in 2013. An appeals court ruled that the law was misapplied, but the same judge did not give her more time, according to News 4 Jax. A re-do with a different judge in 2019 resulted in a five-year sentence. An appeals court said that he did not follow guidelines.

“I would say that what happened was absolutely horrible,” Locane said in a 2020 interview with New Jersey 101.5. She did everything she could to rehabilitate herself, she said.

Defense lawyer James Wronko—whom the judge mentioned is Locane’s boyfriend—has argued that the re-sentencing amounts to double jeopardy, and that his client had a spotless record while on release.

“This is a strange a situation because Ms. Locane has literally served a sentence,” he said, according to My Central Jersey. “Your Honor has to look at who Ms. Locane was 10 years ago and her progression to who she is today.”

“She never served a sentence because a lawful, legally supportable sentence has never been imposed,” he said. “Today is that day.”

Seeman’s husband Fred asked that the judge “send a message” with the sentence. The couple’s’ son Ford Seeman told the court that his daughter, who he named Helena, had asked him about his mom.

“She asked me what color her eyes were,” he said. “And I couldn’t tell her. I couldn’t remember, and it broke me up.”